The Good, The Bad, And The VMA’s

In case you missed the VMA's, here's a quick rundown on the night's most memorable moments. 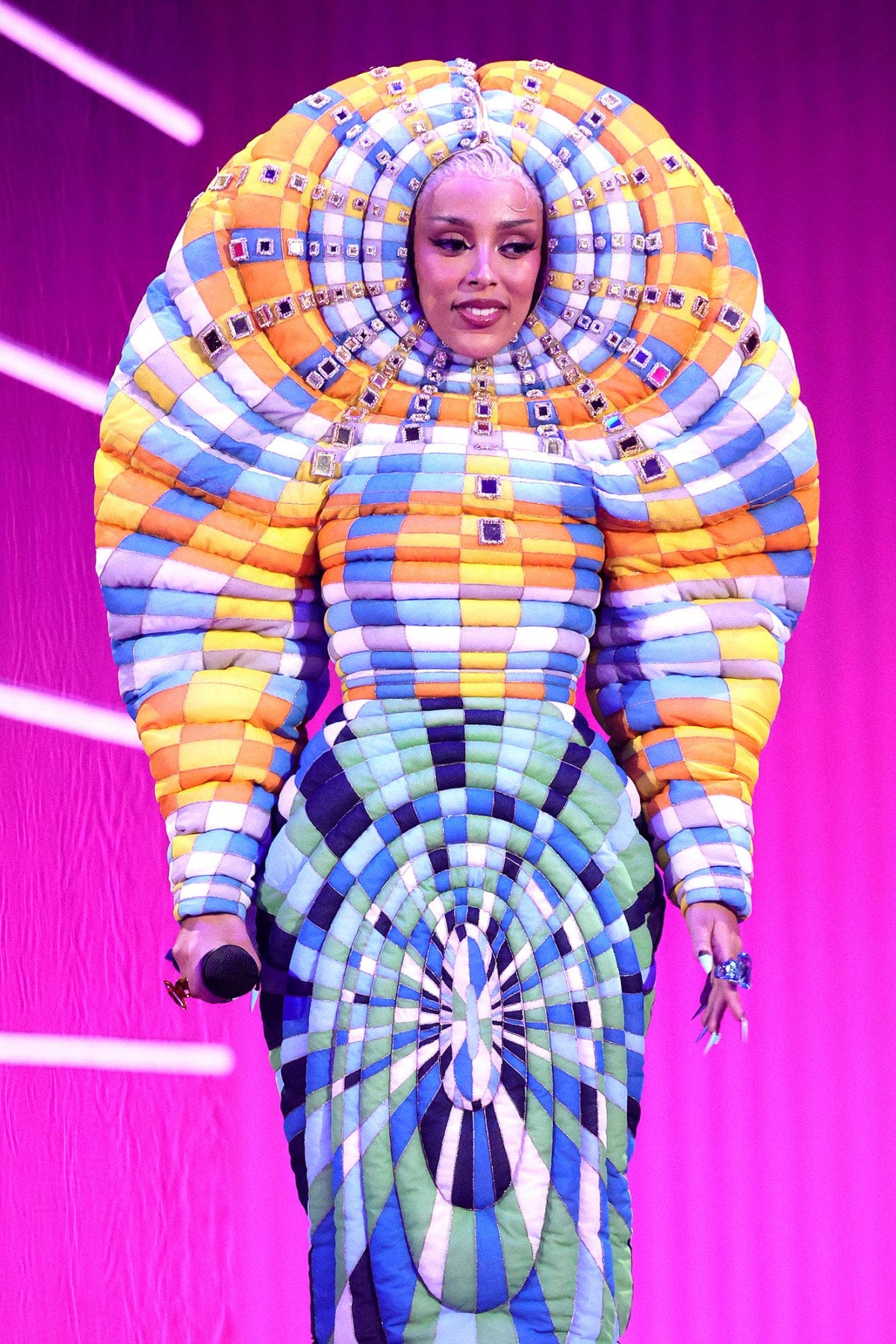 The hostess with the mostess, Doja Cat, took the stage to demonstrate how fashion doesn’t always need to be “sexy,” as she made her debut that night in a puffy and colorful quilted hourglass piece designed by Thom Browne.

“I look like a worm. That’s dope!” she exclaimed while accepting Best Collaboration for “Kiss Me More” with SZA. Later that evening, Doja returned to the stage wearing a bistro chair on her head like a hat and closed the show with bulky “chicken feet” shoes.

On a saucier note, Jennifer Lopez made her appearance to present Olivia Rodrigo with Song of the Year for “Driver’s License,” which received a roaring cheer from the audience. However, someone in the crowd didn’t seem too thrilled with J. Lo’s entry, which was none other than Billie Eilish, who was seen twiddling her fingers with a spicy side-eye.

After he playfully fished for a compliment, asking, “Do I Look Good?” Mustafa hesitantly responded, “Listen, I’m not going to say I’m hating on the fit, but let’s move on.” The unpopular opinion made waves across Twitter, with fans wondering why Mustafa thought to say something so dismissive.

Onto the last but certainly not least memorable moment, UFC legend Conor McGregor and recording artist Machine Gun Kelly were close to a full-fledged brawl on the red carpet.

It’s reported that Mcgregor tossed his drink at Kelly just before he and his girlfriend Megan Fox walked the carpet. McGregor later attempted to throw a punch in Kelly’s direction but missed and was held back by security.

Although Kelly’s night started off with an unforeseen altercation, he was unphased while performing alongside Travis Barker and later received the award for Best Alternative Video.