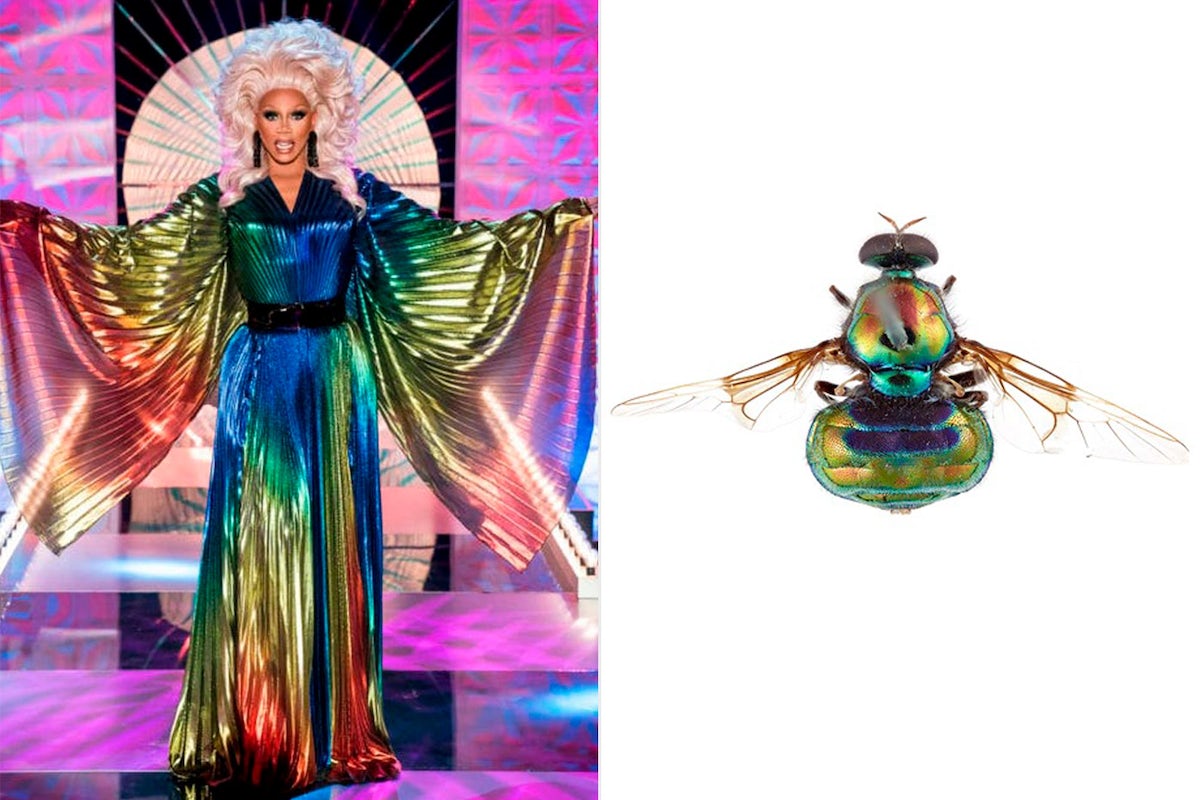 The soldier fly, a species of flies, was recently named after drag queen icon RuPaul by Australian entomologists to amplify drag’s influence on society as a whole

Now, why would the legendary RuPaul Charles be named after a fly? “I’d been watching a lot of ‘RuPaul’s Drag Race’ when I was examining the specimen under the microscope, so it was on my mind,” said Bryan Lessard of Australia’s Commonwealth Scientific and Industrial Research Organization.

That’s not all; he also mentioned that the fly features bold rainbow colors, which gave Lessard all the more motive to name it after the drag superstar.

“I really wanted to give this group of flies a memorable name because it needs the attention – the first specimen of this RuPaul fly was collected over a hundred years ago and sat neglected in a museum collection until someone with the knowledge of that group came along to name and document them.”

This isn’t the first time Lessard named a fly after a celebrity, as he recently named the Scaptia Beyoncé fly after Queen Bey herself.

Lessard mentioned that naming the fly after RuPaul can help blur the lines between pop culture, the LGBTQ+ community, science, and entomology.

“As a gay scientist, it took me a long time to feel comfortable in my own skin in a very traditional field of science – in entomology,” he explained. “I think it’s really important for the next generation of LGBTQ+ scientists to know that they’re being represented in the workplace as we give the names of legends in the community to memorable species.”