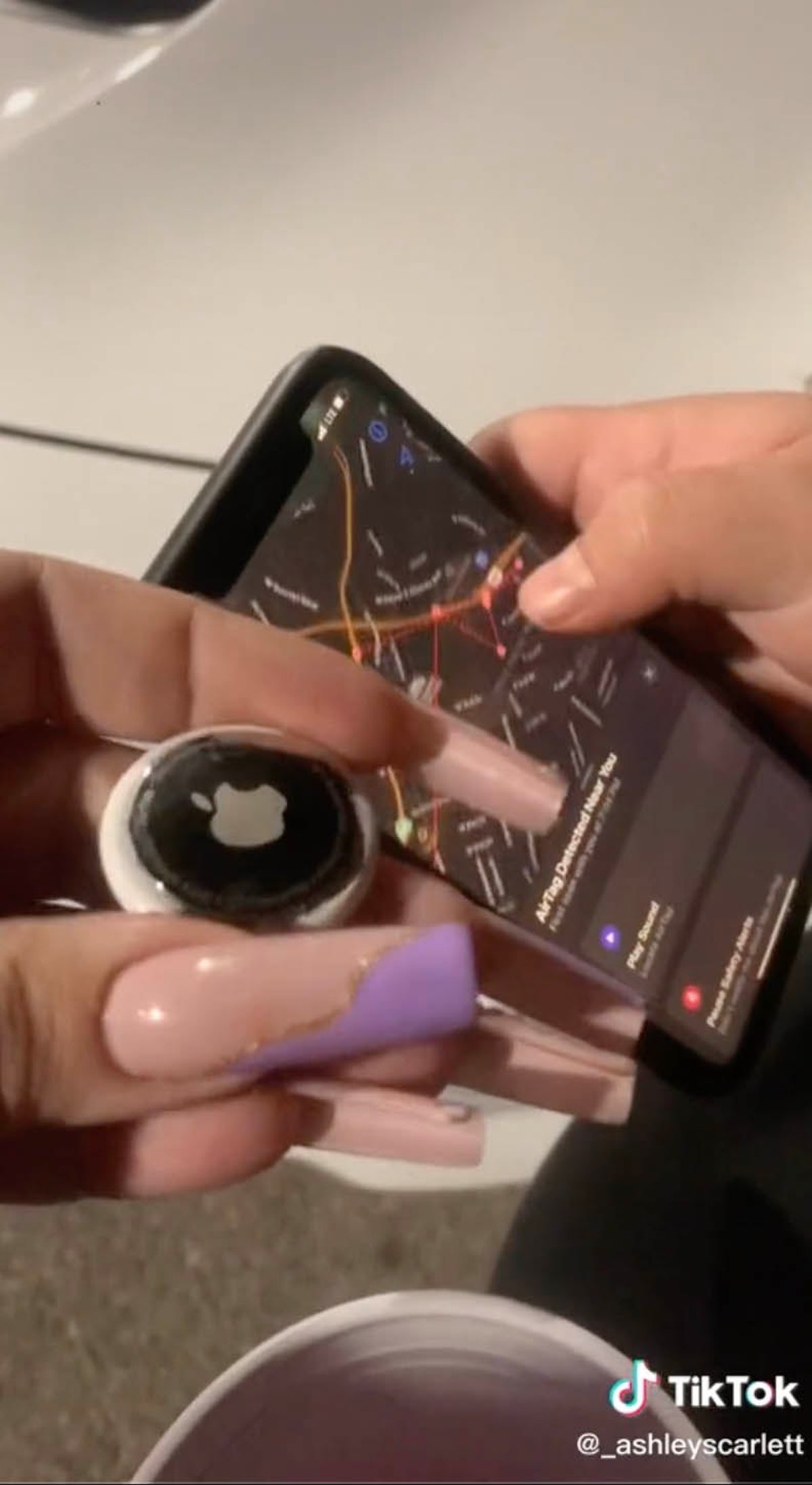 A small business owner in LA, Ashley Estrada, posted a viral TikTok that showed her trip to get ice cream with her friend where they found an Apple AirTag lodged in behind the car’s license plate.

Apple AirTag’s are designed to help track frequently lost items such as keys, wallets, lighters, etc. Once the tag is attached to an item, its location will appear on the owner’s radar in the Find My app.

The viral TikTok has landed over 15.6 million plays and shows the 24-year-old holding the AirTag up to the camera and saying, “I’m literally fucking shaking, look what I just found on my car.”

“I was hanging out with my cousin’s girlfriend, and next thing you know, she gets a notification on her phone, which is how we found out because it told us,” Ashley explained.

In the video, Ashley’s friend Adriana shared her screen and showed each stop Ashley’s car made within the past four hours. “It says first seen at 7:34, so that’s when they put it on my car. Then it said ‘Play Sound,’ which is what we did…and this is how we were able to detect where it was at on my car,” Ashely continued.

After Adriana selected the AirTag’s alert, they were able to locate the tag behind the car’s license plate. When reaching out to Apple to inform them of the potential dangers hidden in their AirTag’s, a representative explained that receiving a notification when an AirTag is nearby and being able to locate it through the alert signal were designed to avoid issues like this.