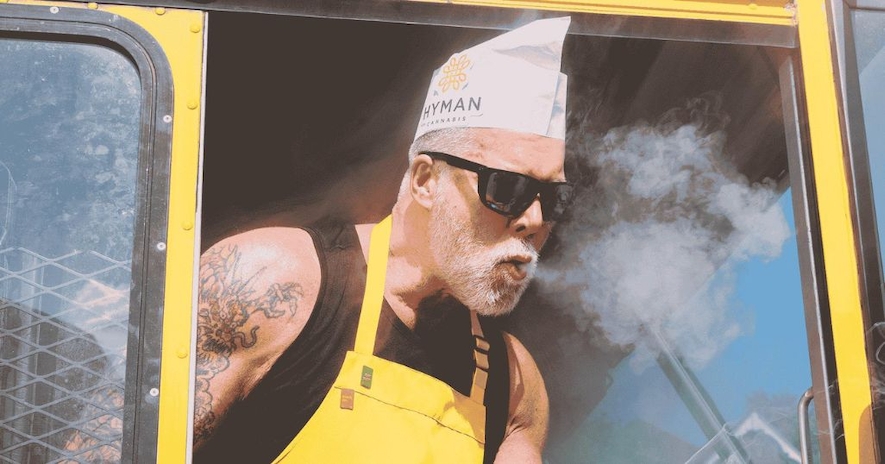 The cannabis world is moving fast. As the ever-expanding universe, the cannabis industry also expands at alarming rates. As a result, there are new strains, new products, and new things to look at, feel, smoke, and experience daily.

This time around, we want you to take a look at the product of a peculiar alliance. Pro wrestler and actor Kevin Nash, an occasional smoker and user of THC and CBD for medicinal purposes, has decided to join forces with Hyman Cannabis to create a wonderful strain.

Let’s take a look at the who, the what, and the why! We want to know everything that happens surrounding cannabis, and this time around, we’re in for a treat.

Who Is Kevin Nash?

Kevin Scott Nash is an American professional wrestler and actor who signed a legends contract with WWE. He is best known for his time with World Championship Wrestling, where he wrestled as Kevin Nash. He also wrestled in Total Nonstop Action Wrestling under his real name.

Although he gained international acclaim for his time in the WWE, he has also made appearances in many films and television shows. This time around, he has made a connection with Hyman Cannabis.

Nash’s body suffered from years of physical wear due to his long career in the squared circle. As a result, he sought solace in cannabis. Nash is a light smoker who uses Chill Medicated, a THC and CBD topical rub, to treat his ailments. The topical reduces pain and inflammation without having any psychoactive effects.

Jackknife was Nash’s finishing move, and much like cannabis at a specific time was banned due to its power. When he decided to create a strain, he wanted power, and nothing beats naming your strain like giving it the name of a wrestling move that made history. 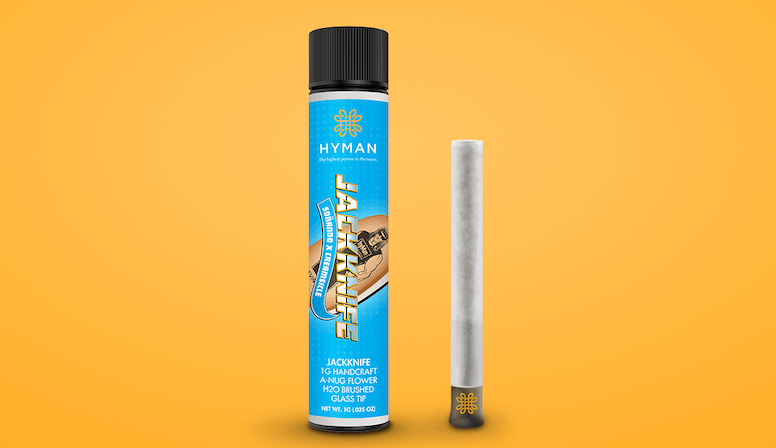 Hyman Cannabis is a brand that wants you to take pride in being the highest person in the room. This company is known for its commitment to creativity and innovation throughout its cultivation process. This ensures the Hyman products are top-quality, extraordinary, and destined to inspire.

What makes Hyman Cannabis special is its conscientious and innovative approach. They believe in supporting retailers, the community, and consumers. This means focusing on their production and sales, educating, giving back to the community, and making the consumer their priority.

Hyman Cannabis believes in breaking the stigma associated with cannabis, leading to powerful and positive changes. Their handcrafted and exclusive products are made to inspire, tailoring to fit the needs and suit any connoisseur and weed lover alike.

About The Jackknife Strain

Kevin Nash was well known for the Jack Knife Power Bomb, a very brutal finishing move that had to be banned due to its risks. Knowing the pain and effects that struck his body, Kevin Nash decided to create a powerful strain, naming it after his powerful move.

After teaming up with the people at Hyman Cannabis, Nash decided on the outcome of the Hyman Creamsicle and Soñado strains. This pheno-hunting allowed Nash to opt for a powerful strain with a very enticing flavor profile!

This sativa-dominant hybrid has a very interesting set of effects that will rock your world. Better yet, you will get to have the time of your life after getting your tongue blasted with a very alluring and sexy set of tastes and aromas.

Hyman Cannabis is known for its tasty strains and cultivars. Their proficiency in making delicious flowers is well recognized, and Nash picked the right house to make his baby.

The Jackknife strain has a very delicious aroma. The beautiful green nugs have a sweet, creamy, and earthy smell that contrasts with the citrusy and vanilla dominant flavors. These aromas and notes make up the strain’s mellow and dreamy flavor profile.

Jackknife is a very bold flower. It has a characteristic smell and a powerful taste. These don’t necessarily match but go hand in hand to create a very well-rounded user experience. Expect a rich fragrance when grinding but an even better taste when drawing your first puffs from a freshly rolled joint.