Highlights From The 2021 Met Gala 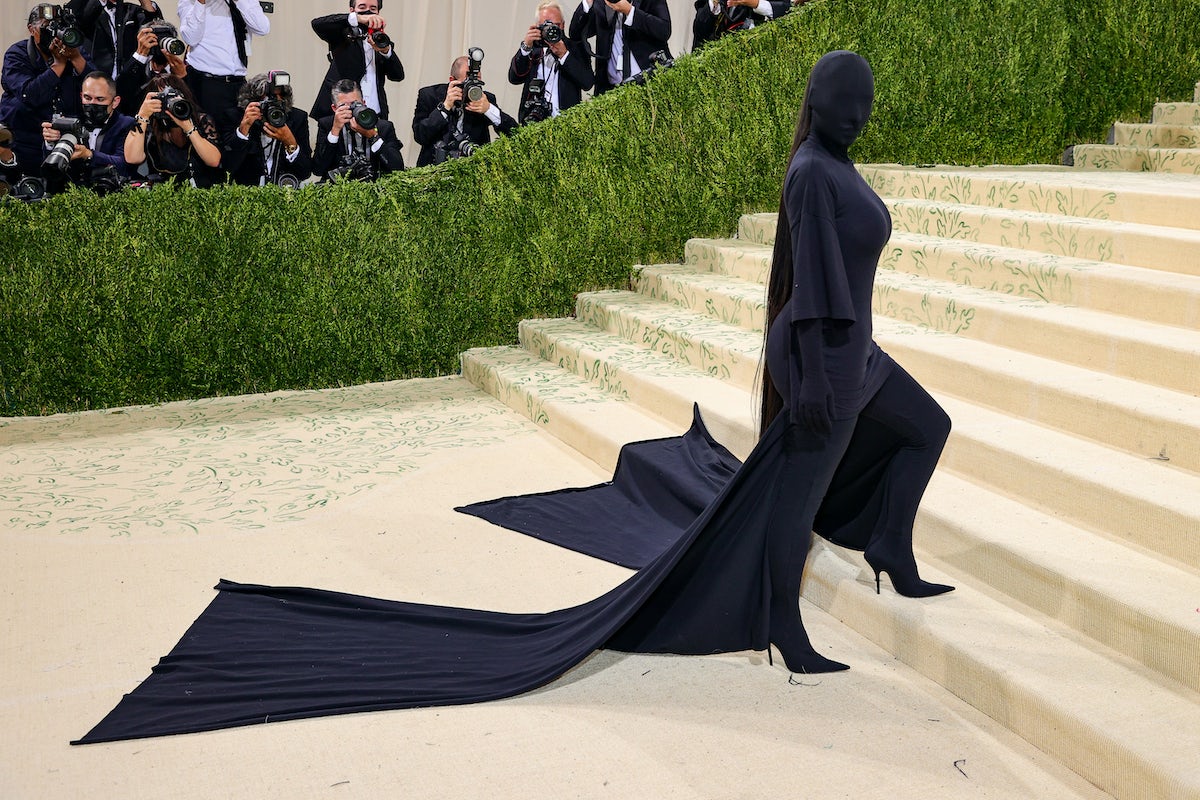 Making one of the loudest political statements of the night was Alexandria Ocasio-Cortez and her white gown. The dress hugged her lower half while leaving her shoulders bare alongside a mermaid-esque flair. Loud and clear, AOC’s gown was more than just fashion, as the words “Tax the Rich” were printed in red across its entire midsection.

The 40-year-old reality star is more than familiar with conceptual looks and turning heads at the Met Gala. This year, Kim took to the carpet in an all-black ensemble without any face or eye holes, designed by her ex-husband Kanye West. This is the second time this week that Kim has worn all black in support of her ex-husband’s recently released album, ‘Donda.’

As Billie’s music evolves, so does she, the 19-year-old recording artist stunned the Mat Gala with a Marilyn Monroe-inspired gown and a four-meter-long train that gracefully followed behind. We first saw Billie’s style change with her infamous blonde hair revealed in March to promote her recent album, ‘Happier Than Ever.’

We all remember Lady Gaga’s triple outfit reveal during last year’s met gala, as she put on the pretty charismatic and dramatic show alongside the reveals. Lil Nas X took a similar path this year, who appeared in a regal velvet cape only to throw it off and expose a gold suit of armor underneath. Just when you thought it couldn’t get any better, he unclasped the armor to reveal a crystal-studded catsuit in which he strutted for the rest of the night.