Unlike Jeff Sessions, Cory Booker believes in conscience as well as this country. Watch this video to find out why Cory Booker should be the next president. 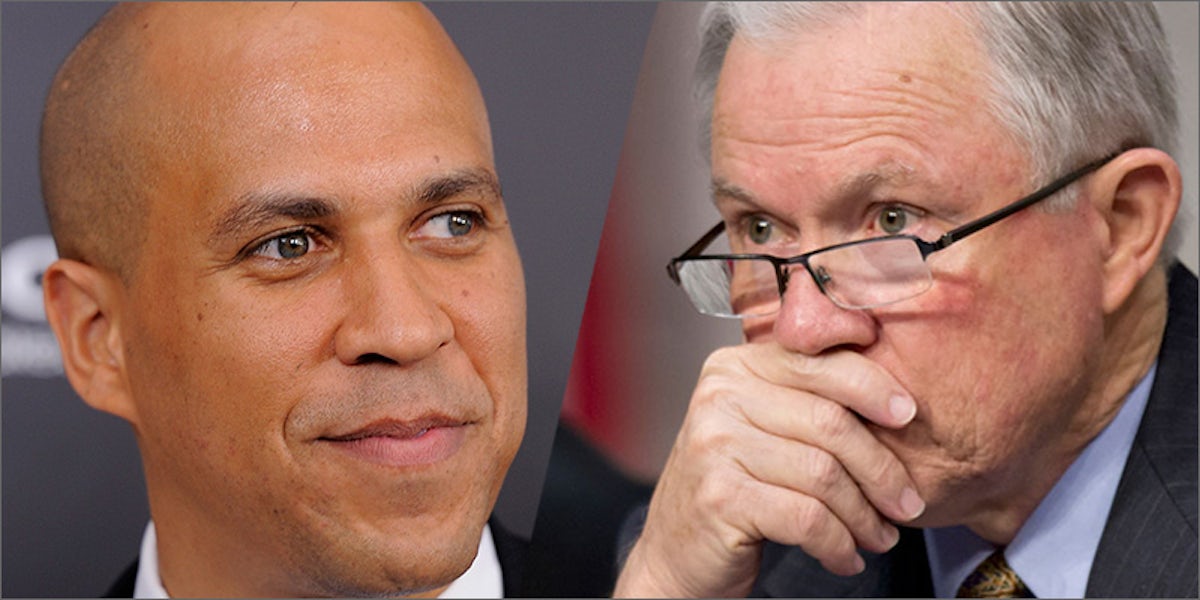 Not only does nomination as U.S. Attorney General nominee Jeff Sessions lack a commitment to equal rights and justice, he also shows no interest in pursuing the congressional mandate of civil rights. In fact, he continuously demonstrates hostility towards each. These are just a few reasons why Cory Booker wants you to oppose Sessions’ nomination.

Should Cory Booker be the next president?

On Wednesday, Cory Booker became the first senator to testify against a sitting senator in a nomination hearing. That’s right; Booker believes that Jeff Sessions is not what’s best for America, and for several good reasons.

Not only has Senator Sessions failed to demonstrate a commitment to aggressively pursue the congressional mandate of civil rights, but also equal rights and justice for all.

In fact, throughout a significant portion of his career, Sessions has shown hostility towards each conviction. Not to mention, he is actively working to frustrate any attempt to progress these standards.

If confirmed, then Sessions must pursue justice for women. However, his records show that he will not. As a matter of fact, judging by his record, there is a lot more that he may fail to do:

What Sessions will do, on the other hand, is obstruct the growing national bipartisan movement toward criminal justice reform.

And during a hearing of the Senate Caucus on International Narcotics Control that took place in 2016, Sessions used the opportunity to deliver a lengthy diatribe against cannabis use, saying “good people don’t smoke marijuana,”

Enjoy the latest and greatest from Herb, enter your email below to get exciting cannabis updates delivered to your inbox.
January 12, 2017 — Last Updated
Written by Brittney Sanger