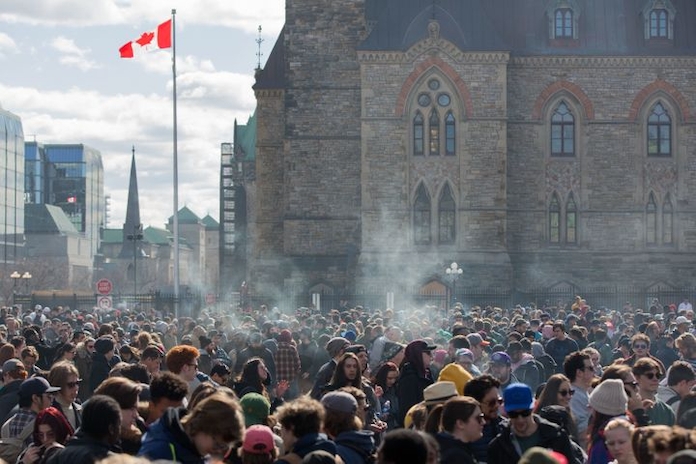 Happy Cannaversary Canada: A Timeline On Canada’s Road To Legalization

How did Canada, of all places, become one of the first countries worldwide to legalize recreational cannabis? Let's look at the history of cannabis in Canada.

Today marks the fourth anniversary of Canada’s legendary legalization of recreational cannabis. As a Canadian myself, I couldn’t imagine a world without easy and safe access to cannabis.

Unfortunately, a world where weed is illegal is still a reality for most consumers worldwide. There is hope for a brighter, more accepting future. If we use Canada as an example, the country’s history with weed is long, complicated, and, quite frankly, not well documented.

This makes total sense considering it’s been illegal for nearly 100 years. Still, there are quite a few major events that could be considered milestones in Canada’s weed history.

In honor of Canada’s Cannabis Legalization Day, let’s dive into the country’s history with weed to better understand how it became a role model for legalization worldwide.

Cannabis has a long and mysterious history in Canada which may well have started before Europeans ever set foot there.

Archeologists have found resin in pipes that date back at least 500 years and contained traces of hemp and tobacco five times stronger than regular tobacco in cigarettes today.

At the same time, other experts in the history of pre-colonial North America believe that cannabis played a tiny role, if any, in the lives of Indigenous People and Native Americans.

In any case, there was once a time when cannabis was not only legal in Canada but encouraged. With hemp used by the British navy for rope and sails, farmers were encouraged to grow it and even given free seeds by the government in 1801.

The origins of prohibition in Canada are widely unknown.

Many believe that Canada was simply following the lead of the US, which banned cannabis in 1937 under the Marijuana Tax Law. But by all accounts, cannabis was banned in Canada in 1923, and some believe it was the result of racist immigration policies.

Years before cannabis was banned, the government was targeting opium dens. Blaming immigrants from China—where, ironically, the British introduced mass opium consumption—the fear was that white people (mostly white women) might get into the habit of smoking opium. As a result, the government passed the Opium Act of 1908, outlawing the substance.

This was what many believe— yet none have confirmed—was the catalyst for cannabis prohibition.

Some historians cite a book called The Black Candle as a possible inspiration for banning cannabis in Canada. Its author, Emily Murphy, villainized the plant as a corrupting force for women. After it was published, cannabis was added to the list of banned substances as part of the Opium and Narcotics Act in 1923.

Interestingly, few people were convicted of cannabis crimes for quite a while. Only 25 cannabis-related convictions were recorded from prohibition to 1946.

Arrests didn’t pick up until recreational use grew in the 1960s as the counterculture adopted weed as their drug of choice.

These arrests were accompanied by protests to legalize cannabis. Vancouver, British Columbia, became a major hub for the counterculture and legalization movements.

On August 7, 1971, a riot broke out when police got involved in a peaceful protest on Water Street in Vancouver. The Gastown neighborhood—a working-class area in decline—had been experiencing an influx of residents from the counterculture who had come to occupy the abandoned parts of town.

Local authorities saw these newcomers as scumbag hippies. Among these authorities was Vancouver’s Mayor Tom Campbell, who sought to crack down on drug use and squatting within the community.

But mostly, he feared the more organized countercultural elements like the Youth International Party, otherwise known as Vancouver Yippies.

This youth-focused political group arose from the anti-war counterculture movement of the 60s. Accompanying the Yippies and spreading their message was a counterculture rag called the Georgia Straight.

Together, the Yippies and Georgia Straight organized and promoted ‘smoke-ins,’ or protests at which cannabis was consumed in protest. As police got involved in the August 7 sit-in, they used batons and horse charges to break up the crowd of unarmed civilians. Out of around 2,000 protestors, 79 were arrested.

In the aftermath, the courts said police officers used unnecessary force, and the event was largely considered a “police riot.”

While protests and sit-ins were in action, the government ordered an official investigation into the legal status of cannabis in 1969, known as the Le Dain Commission, named after the minister in charge of the investigation.

In Canada, the government has the power to order Royal Commissions to investigate and provide recommendations to the government on how to proceed when it comes to certain laws.

As luck would have it, in 1972, the commission recommended that cannabis be decriminalized after hearing nearly 12,000 testimonies, including one from John Lennon of the Beatles, who testified on December 22, 1969, in Montreal, Quebec.

Although, these statements were largely ignored, coincidentally, by the government of Pierre Elliot Trudeau, the father of the Prime Minister who would one day legalize it.

By the 1990s, public opinion had shifted drastically in favor of legalization—at least as far as medical cannabis was concerned. Roughly 80 percent of Canadians voiced their support for it in national polls.

It was the perfect time for someone like Terrence Parker to come onto the scene. Parker had been an epilepsy patient who had undergone multiple, allegedly involuntary, brain surgeries as a teenager to cure his illness.

Cannabis, according to his doctor, was the only thing that worked for Parker, but in 1987 he was arrested for possession and cultivation. His lawyers suggested something which set Canada on the road to legalization: they would challenge his arrest on the basis of a violation of his Charter Rights.

His case made its way through the system to the Ontario Court of Appeals, which ruled in his favor in 2000. As part of the ruling, Justice Minister Mark Rosenberg wrote that “forcing Parker to choose between his health and imprisonment violates his right to liberty and security of the person.”

Despite the decision, it was still illegal for Parker and others like him to purchase their medicine. So in 2001, lawmakers passed the Marihuana Medical Access Regulations, which allowed medical patients to be licensed to grow their own cannabis or to obtain cannabis from a designated grower.

This, and a subsequent law that allowed patients to receive their medicine by mail, opened up a grey area in the law that permitted dispensaries to emerge.

Like angsty teens on the cusp of adulthood, Canada’s politicians were rather confused after the legalization of medical cannabis, and several forces tried to push it in one direction or another.

In the interim years, multiple attempts were made to legalize the recreational sale and possession of cannabis, but none of the proposed bills ever made it to a vote in parliament.

The first, proposed by Liberal Prime Minister Jean Chrétien, was withdrawn due to pressure from the US. The second attempt, by his successor Paul Martin, was also withdrawn as an election year loomed.

In 2012, the Conservative government of Stephen Harper took the country several steps backward, passing a massive crime bill which—among other things—increased the mandatory minimum prison sentence for the trafficking of substances like cannabis from seven to 14 years.

In addition to this, the Harper government also changed the medical cannabis regulations to require medical patients to register to obtain their flower from Licensed Producers (LPs).

This decision created the giants in the industry that we know today, like Aurora and Canopy. Still, it didn’t last long, as a challenge to the restrictions in the Supreme Court reversed the government’s LP requirements, allowing medical patients to grow their own once again. 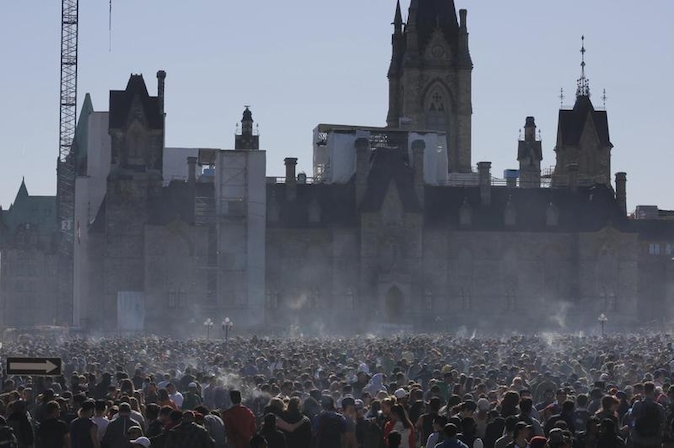 Previous failed attempts at legalization made some Canadians skeptical when Justin Trudeau promised legalization as part of his campaign platform in 2015.

But after taking office, the new Prime Minister announced that the government would take the promise seriously, pledging that cannabis would be legal by the summer of 2018. The government scheduled several hearings and studies in the following months, eventually introducing bill C-45.

We should note that dispensary raids continued as the federal and provincial governments worked out their individual regulations for legalization. In fact, police operations against black market distributors actually ramped up after the legalization announcement with raids across the country.

In the summer of 2016, the Toronto Police launched the largest mobilization of law enforcement officers in Canadian weed history for dispensary raid operations dubbed “Project Claudia,” shutting 43 shops and filing more than 200 charges.

As debates and police raids raged on, Canada’s legalization was set for July 1, 2018. But delays in Senate hearings and revisions made to the bill in parliament pushed the date back to October 17, 2018. (Let’s face it, there’s no way Trudeau would allow Canada Day—July 1—to become a national holiday for weed.)

And so, Canada, here we are. Four years into legalization and still running strong. The next chapters are up to us to write. It’s been fun dodging the law for nearly 100 years, but let’s promise never to do it again.

While some of the products below might not be Canadian, these are the goods that recreational consumers from the great white north rely on for pristine cannabis experiences.

Lucky for them, Canadian consumers can explore the market of modern consumption devices and new products. Below are just a few of the products and devices that Canadians rave about, from laser bongs to subscription boxes. 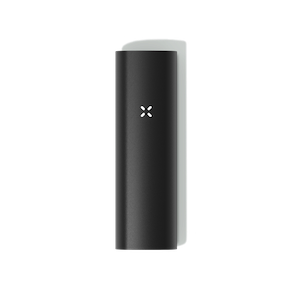 This device brings out the best in your weed. Not only is the PAX 3 vaporizer designed for flower, but for concentrates too.

It’s known as the iPhone of vaporizers that encourages you to heat, never burn your flower. The oven heats up within 20 seconds and offers a 25% longer battery life than the renowned PAX 2, meaning it’s ready whenever you need it.

The result is the best-tasting, smoothest, and fluffiest vapor that preserves lung health and gives users a truly customizable cannabis experience. 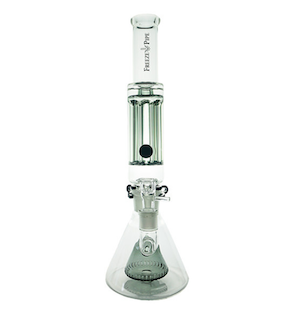 When you want cold, smooth rips time and again, look to Freeze Pipe. It’s pretty chilly in the great white north, so it’s only fitting that your bong rips are just as cold.

While the Bong XL has some neat upgrades like a larger glycerin coil and an upgraded base, the Bong comes with the tried and true Inline + Sprinkler percolator combo with a smaller glycerin coil that’s just as dependable. 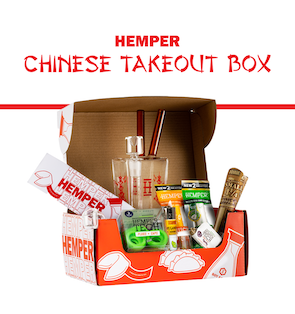 The main issue Canadians have faced in the age of legalization is money. Purchasing cannabis products individually can be quite expensive.

You need the product, something to consume it with, and essential accessories like lighters, hemp wicks, bangers, bowl pieces, etc.

We suggest looking to a subscription box like The Hemper Box, which has a retail value of over $110 and currently comes with needed items like: 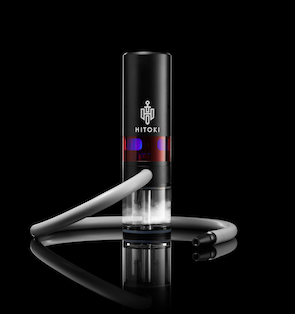 Canada’s cannabis industry has dramatically evolved since it legalized the plant four years ago.

One evident trend up north is how consumers opt for more modern and contemporary products over traditional ones. A fan favorite for smokers up north is the Hitoki Trident, the world’s first laser bong.

It preserves all the aromas, flavors, and potencies within your precious plant while letting you spark up without the spark or butane. Click the laser button, and watch as the future of cannabis consumption unfolds before your eyes.