Now Reading:culture | How The British Empire Colonized The World By Becoming Its Drug Dealer 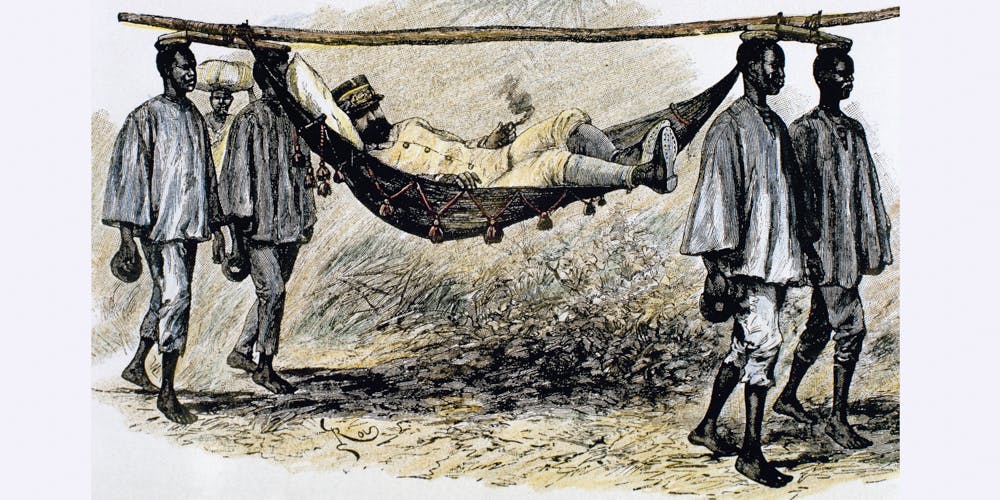 Pushing dangerously addictive substances on populations they wanted to control seems to have been a hallmark of the British Empire.

In North America, history classes generally teach some version of the past in which British colonists came to the new world and introduced the Native Americans to booze. While there is no evidence that Europeans introduced alcohol itself to Native Americans – natives have had their own brews for quite some time – some historians suggest that it was hard liquor and excessive consumption that Europeans brought with them.

How The British Empire Did Things

Pushing dangerously addictive substances on populations they wanted to control seems to have been a hallmark of the British Empire.
In fact, while they doled out guns and liquor in the New World, another trade was kicking around in the East which allowed the British to keep their massive empire and wreak devastation at the same time: opium. As outlined in Indian writer and historian Amitav Ghosh’s Ibis Trilogy, opium played a major role in Britain’s colonial control of Asia.

In an interview with the BBC, Ghosh explains that under colonial rule India became the largest exporter of opium in the world. That trade continued into the 1920’s and it financed the spread of Indian indentured servants across the world, and as far as the Caribbean after Slavery was abolished in 1807. In a sense, as one horrific colonial staple was made illegal, another was made necessary to maintain the empire.

At the height of the British opium trade, the substance made up 20 percent of India’s economy. To run the trade, the empire used local princes as governors and drug lords to cultivate and peddle the substance internationally.

“It is not a coincidence,” Says Ghosh, “that 20 years after the opium trade stopped, the Raj more or less packed up its bags and left. India was not a paying proposition any longer.”

Today the remnants of that trade are still seen in India at the Ghazipur opium factory, now known as the Government Opium and Alkaloid Works, which is still one of the largest legal opiate producers in the world.

When it first opened its doors in 1820, the factory belonged to the East India Trading Company. It was one of many organizations with government granted monopoly rights to conduct trade in the name of the crown. As a result, most of the British Empire’s dealings with countries outside of its borders at the time were conducted through private companies with their own militaries at their disposal. Essentially, these were government-backed pirates who dealt heavily in narcotics.

When the company first set out from London, European goods were nearly worthless to the resource-rich civilizations of Asia. While Asia’s porcelain, silk, spices, and tea were the most sought after in the world. The most valuable thing the British had to offer was silver, but they were spending way too much of it to buy from the East. By the late-1800s, tea made up 10 percent of the budget for every British household.

What’s more, the threatening nature of government-sanctioned pirate companies limited where the British were allowed to trade. In China, they were restricted to a single port at Guangzhou (Canton).

As they were running seriously low on cash, the British began to trade Indian opium – which was already illegal in China – for more silver from Chinese smugglers. Naturally, the Chinese Emperor was not happy about this and began to shut down opium dens and confiscate the British stashes until drug dealers got so pissed off that Britain had to declare war to get their drug money back.

The conflict, now known as the Opium Wars, led to the utter collapse of the Qing Dynasty, one which had expanded the country’s borders beyond those of modern day China.

Outmatched by western military technology, one Chinese city after another was conquered by the British who began to discover opium pipes in the forts they took. But as the First Opium War came to an end, the Chinese still refused to legalize the opium trade. So, the British returned with their armies and with the help of the French and Americans – who had also been smuggling opium into China from Turkey.

By the end of the conflict in 1860 China had been totally humiliated. According to some historians’ estimates, ninety percent of Chinese males under forty were addicted to opium. The final peace treaty legalized both opium and Christianity, gave the British near-total control of Chinese trade, allowed them to export Chinese workers to the United States where they would build the railroads, and left the island of Hong Kong under British rule until 1997.

How History Has Reflected?

Today, this part of history is taught in Chinese schools and known as the beginning of a “Century of Humiliation”.
Given the crippling effect it had on the Chinese nation, it’s interesting to note the how the tables have turned. According to the DEA, most of the fentanyl fueling the opioid crisis in the United States today comes from China. Which is not to say that the crisis is necessarily payback for historical slights, after all, our own pharmaceutical companies bare most of the blame. But while the Opium Wars are not widely known or spoken of in the west, the scars of the conflict have been a defining factor in how China sees the world.