Snoop and Stewart are reuniting for a new television special on Peacock. 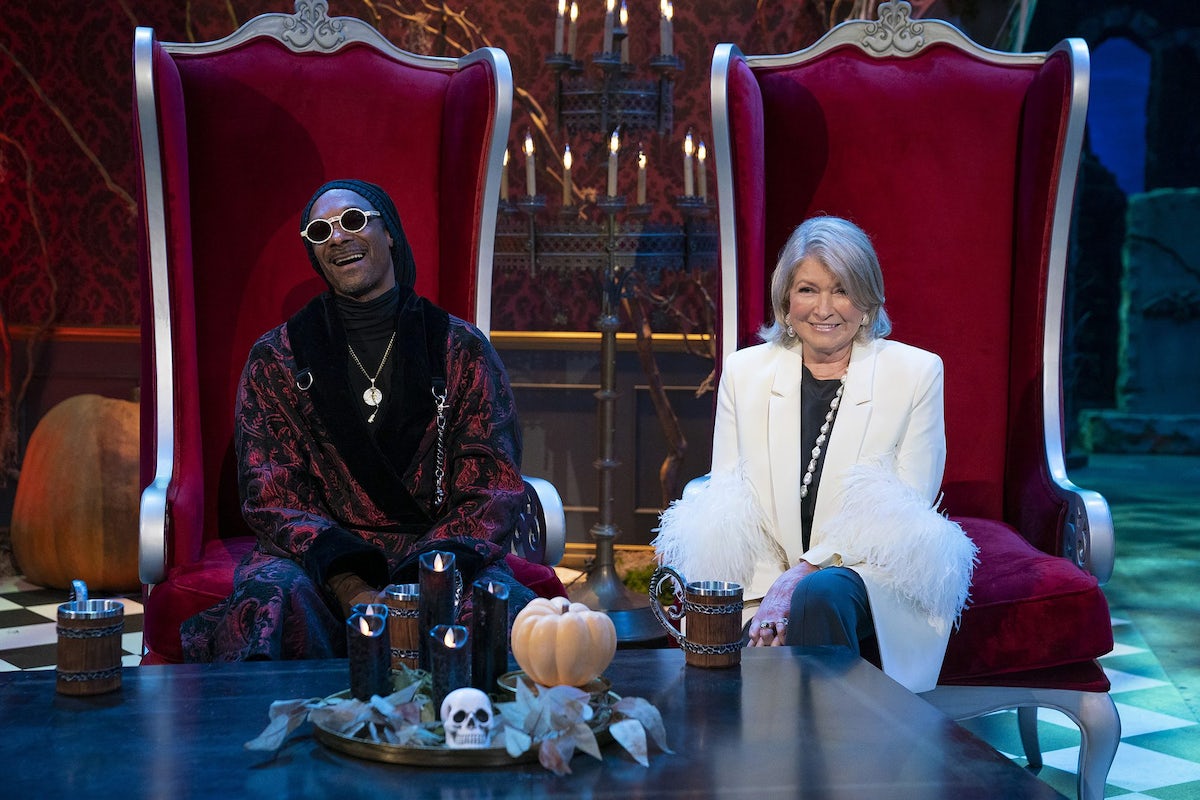 Cannabis-loving Snoop Dogg and lifestyle guru Martha Stewart are excited to embark on their latest television special on Peacock; the all-about-food show is dubbed “Snoop and Martha’s Very Tasty Halloween.”

The dynamic duo has seen a few collaborations together, like Snoop, 49, joined Stewart, 80, to host “Martha and Snoop’s Potluck Dinner Party” on VHI while also starring in various commercials together.

The stars met each other back in 2008 after Snoop guest-starred on Stewart’s show, “Martha,” where they were seen cooking mashed potatoes and followed up by baking some yummy green-colored brownies.

After Snoop’s appearances on Stewart’s show went viral, their friendship and the business-oriented relationship did too, as fans can’t seem to get enough of the entertaining and unlikely pair.

On another note, Snoop’s recent collaboration with Stewart marks the second time this year that he’s worked with Peacock.