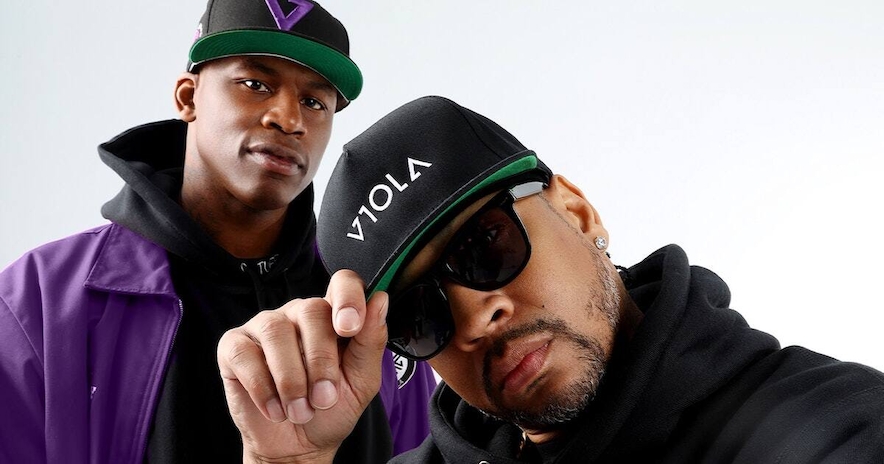 Iverson '01 is the newest addition to this winning partnership.

Viola has been a benchmark in Michigan’s cannabis culture. The brand has been in the industry for more than ten years and has been raising the bar ever since. As if that weren’t enough, its creator, Al Harrington is an activist in the black community, supporting the community’s incursion into the cannabis business.

Viola, for some time now, has teamed up with NBA legend Allen Iverson to release special editions of limited strains. The success has been such that they have released a second strain called Iverson ’01.

Viola is a premium brand that produces and distributes different products in the cannabis market. It was founded in 2011 by Al Harrington, inspired by his grandmother, who suffered from glaucoma and constant pain. He convinced her to try cannabis, which relieved her symptoms, demonstrating the power of the plant.

The name of the brand is that of her grandmother. Such is the impact of cannabis on people’s lives.

Viola’s mission is to increase equity for black and brown people in an environment that has been historically closed to these communities by opening up space for them in the multi-billion dollar industry.

Viola offers ultra-premium products with purpose, serves its community, and is clear about the importance of increasing minority representation in the cannabis industry. Viola is about more than premium cannabis products. It’s about giving back to the community and changing the dynamics of the industry.

Viola offers various strains and products in five states and across Canada.

About The Strains In Partnership With Iverson

This alliance came about when Allen Iverson saw firsthand the dedication and commitment of Al Harrington to his business, coupled with his charisma, personality, and determination to make the black community part of the industry. From there, he decided to become a player in the cannabis game and take it to another level.

The first cannabis product in the Iverson Collection is an indica-dominant flower called ’96’. The name refers to the year Iverson, “The Answer”, was drafted into the NBA and changed the game forever.

This Indica-dominant strain is a cross between Secret Kush Mints and Grape Stomper.

Its flavor profile is robust, combined with the aroma of grape candy with hints of pine and mint.

Now, the new special edition strain is called Iverson ’01, being the year in which NBA Hall of Famer Allen Iverson was named MVP.

This strain is an indica-dominant hybrid grown in Detroit. Its genetics are a cross of F1 Durban, Gushers, and Runtz. The pre-rolled and packaged flower will be sold at various dispensaries throughout the state (Michigan).

Known for its super frosty cups, dark purple hues, and citrus aroma, ’01 is second to none. Its aroma and flavor resemble flowers, with some earthy and hoppy undertones.

In terms of effects, people feel euphoric, like a player winning an NBA game at the last second. That’s how incredible this limited edition strain is.