Now Reading:Culture | So, How Much Weed Does Snoop Really Smoke On The Daily?

Next:Culture | SnowTree Lets You Take Control Of Glass Cleanliness Once And For All 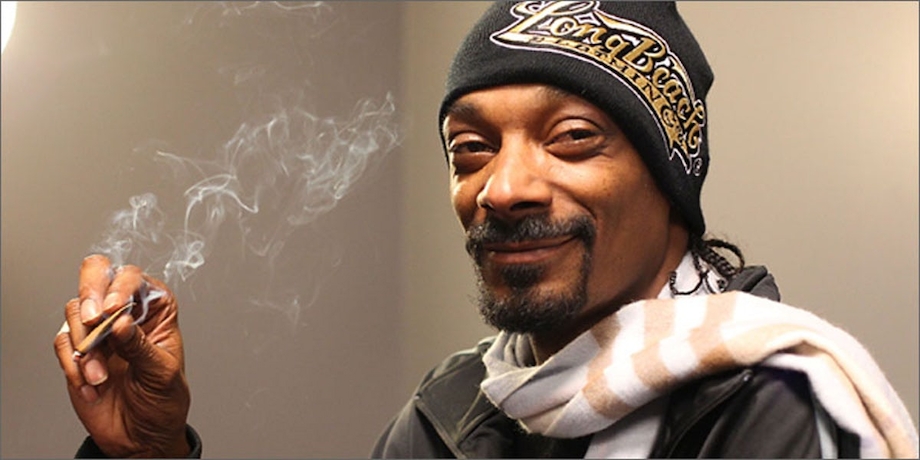 So, How Much Weed Does Snoop Really Smoke On The Daily?

Practically the entire world knows that Snoop Dogg loves to smoke weed. But have you ever wondered how much he smokes a day?

Practically the entire world knows that Snoop Dogg loves to smoke weed. But have you ever wondered how much he smokes a day?

In the video below by The Young Turks, the host talks about an “Ask Me Anything” session that Snoop held on Reddit. Of course, all questions relate to cannabis, because what else would the infamous Snoop discuss?

If you have ever wanted to know how long Snoop has gone without smoking ganja, or how much he actually smokes a day, find your answers below.

The first question asked how long Snoop had gone without smoking weed. As it turns out, he’s spent a total of 164 days ganja-free. It seems like someone was keeping a close count of those days, considering it’s quite the record for an OG connoisseur.

Then, Snoop talks about his thoughts on taxing legal cannabis. According to the Doggfather, Snoop is all for taxation if that means legalizing the herb.

Finally, perhaps the question everyone is dying to know the most, how much does Snoop smoke a day?

Of course, anyone could tell you he smokes a lot. But according to the man himself, he only smokes 5 blunts a day.

How Snoop Dogg Got Into Weed 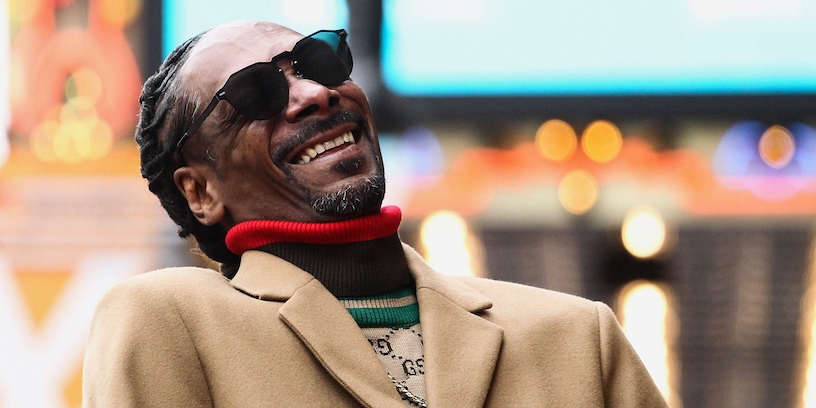 While the name ‘Calvin Cordozar Broadus Jr.’ may not sound familiar, his pseudonym–Snoop Dogg–certainly does.

That’s because his nickname overpowers his real name, something Snoop Dogg states and credits as a defining factor in his life, along with the first time he used cannabis.

In a rapid-fire style interview with Esquire, Snoop Dogg shared the tale behind his famous nickname while also sharing other events, maxims, and philosophical beliefs that have contributed to making him the person he is today.

“My momma gave me the name. I used to love Peanuts and Charlie Brown. Snoopy was my favorite cartoon character growing up. I watched so much, I started to look like him.”

Many years later, Snoop Dogg has seen his nickname go through different phases: Snoopzilla, Snoop Lion, and the Doggfather, among other monikers.

There is a lot to be said about nicknames, in general. For many, it’s a way of reinventing oneself and creating an identity on one’s own terms, which is something Snoop cites as a custom for many young black men.

“In the black culture, certain kids are given nicknames that they roll with forever; the nicknames outweigh their real names. I’m one of those scenarios.”

Speaking of identity, Snoop also told Esquire about the first time he smoked weed, which he considers another significant moment that defined his persona and changed his life forever.

“The first time I got high off marijuana was in the seventies, with one of my uncles. They had these little roaches on the table, these part-way-smoked marijuana cigarettes, and there was some Schlitz Malt Liquor Bull,” he explains.

“I went in there and sipped the Schlitz, and my uncle asked me did I wanna hit that roach. And I was like, ‘Yeah.’ He put it on the roach clip for me and lit it up, and I hit that motherfucker. I was about eight or nine years old.”

Obviously, the age of eight or nine is far too young for someone to be trying cannabis, but in Snoop’s case, it may have been inevitable.

Perhaps, it was his early introduction to cannabis that resulted in his long list of accomplishments and recent induction into the Hollywood Walk of Fame, not to mention his 2022 halftime show performance.

If you’re wondering if the Doggfather had any nuggets of wisdom about his relationship with weed since then, here’s what he had to say:

“Weed: It makes me feel the way I need to feel.” 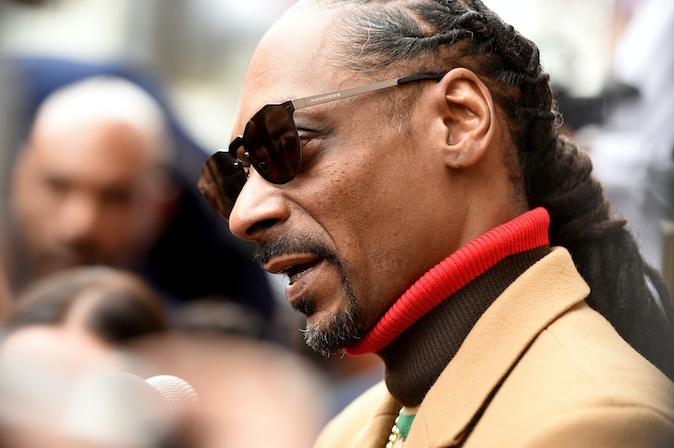 Does Snoop Dogg Have A Strain Of Weed?

Besides his 2015 venture with Leafs By Snoop, no one really knows if Snoop has launched his own weed strain. However, there are a couple of dope strains named after the G.

Fun fact, Leafs By Snoop fell into hot water with the NHL’s Toronto Maple Leafs, which asked for a “sober second thought” on its trademark logo and name. Snoop’s logo looked oddly similar to the hockey team’s, and the word “Leafs” is mainly used by the hockey team, considering it’s not a real word (singular, leaf; plural, leaves).

Back to the strains, maybe Snoop had a say in their breeding, or maybe he was the eagle eye above their launches. Regardless if Snoop was involved in the process or not, Snoop Dogg OG and Snoop’s Dream are two potent strains that’ll help you smoke like the D-O-Double-G himself.

Snoop Dogg OG is a cross between Lemon OG and Sour Diesel, making it an Indica-dominant hybrid with a wicked high THC content of 28%.

On the other hand, Snoop’s Dream is a balanced hybrid that crosses Blue Dream and Lemon Kush, allegedly two of his favorite strains. It sits at a potent 25% THC and definitely isn’t for the faint of heart.

What Is The Snoop Dogg Weed Song?

The real question is, what isn’t the Snoop Dogg weed song?

We’ve recently heard the D-O-Double-G hop on a track alongside Eminem. The new single and music video for “From The D 2 The LBC” is practically all about weed.

Eminem makes a few playful jabs at Snoop for clouding up the studio, and you can watch that comical dynamic in the music video. But perhaps you weren’t asking about “From The D 2 The LBC.” Maybe you were looking for more OG Snoop weed songs.

Worry not; we’ve compiled a list of his most popular weed songs below.

How Much Weed Is Smoked Every Day On Average In The US?

Now that you know Snoop Dogg smokes 5 blunts a day (that’s 35 a week), you’re probably wondering what the average person smokes a day.

Speaking from personal experience, I’d probably pass out after five blunts. But maybe your tolerance is a bit higher than that. Let’s get to the stats and check out how much weed is smoked every day on average in the United States.