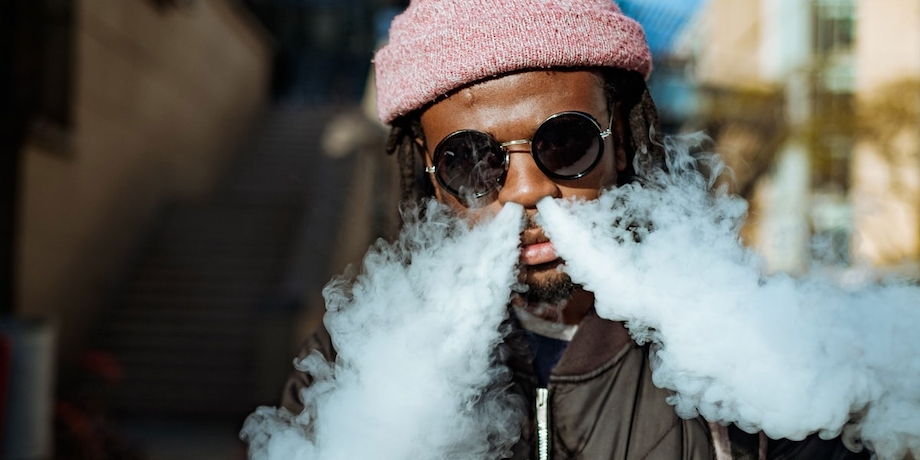 Photo by Mpumelelo Macu via Unsplash

After reporters lab tested Kronic Juice vapes, the company’s website was taken down.

A manufacturer of vaporizer products known as Kronic Juice has allegedly been caught selling e-liquids laced with spice, according to a report from The Guardian. The product which is being sold in the UK has been causing serious health issues in consumers who bought it believing it was flavored CBD, the non-psychoactive compound in the cannabis plant often used to treat chronic pain, among other conditions.

When confronted by reporters, Kronic Juice has said that their product is simply a “patent pending flavor enhancer” for vaporizers, but, as The Guardian reported, lab tests conducted by The Observer discovered that it contained a substance called 5F-CUMYL-PINACA which was banned in the UK in 2016.

The substance is one of many forms of synthetic cannabis, or fake weed, that bears few similarities to organic cannabis, but supposedly mimics the effects of THC. Synthetic cannabis, also known as spice or K2, can be made from a range of chemicals that are usually sprayed on dried flower to mimic the look of actual cannabis. 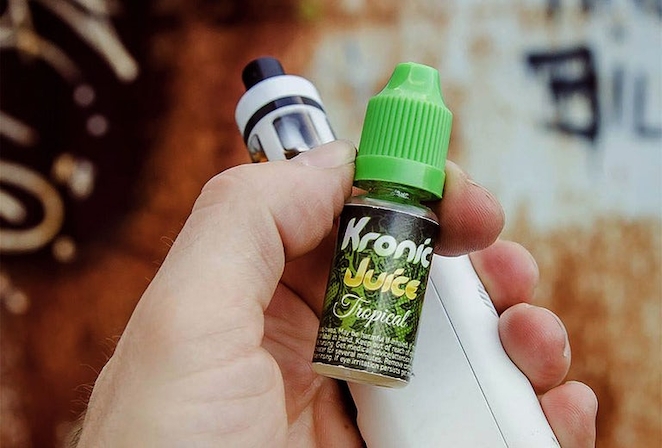 Photo by Kronic Juice For Sale

Those who used Kronic Juice experienced withdrawal symptoms including chest pains and even seizures. These are the same symptoms experienced by people in the United States who have knowingly consumed K2 or spice for a variety of reasons from accessibility to the fact that it doesn’t appear on drug tests.

In May, a similar incident occurred in the United States when two high school students in Georgia had to be rushed to the hospital after consuming vape products that were identified as Kronic Juice, according to a report by WSBTV Atlanta.

Forsyth County Sheriff’s Office told Forsyth County News that similar products have been available at local convenience stores with product names like Galaxy, Lyft and Diamond, some of which are meant to be additive flavoring for tobacco but have been consumed on their own by high school students.

Though the company has not responded to requests for comment, The Guardian notes that Kronic Juice’s website was shut down less than a day after they received notice from The Observer that their products tested positive for spice.