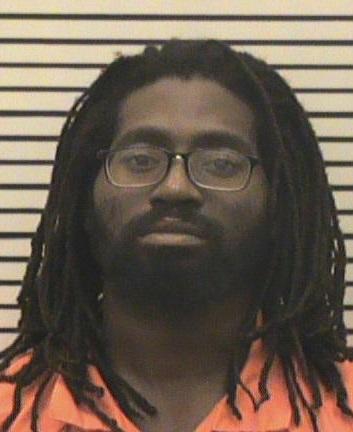 A pit-stop in Alabama drove this disabled war veteran into bankruptcy, homelessness, and prison. All, for some legally prescribed medical marijuana. 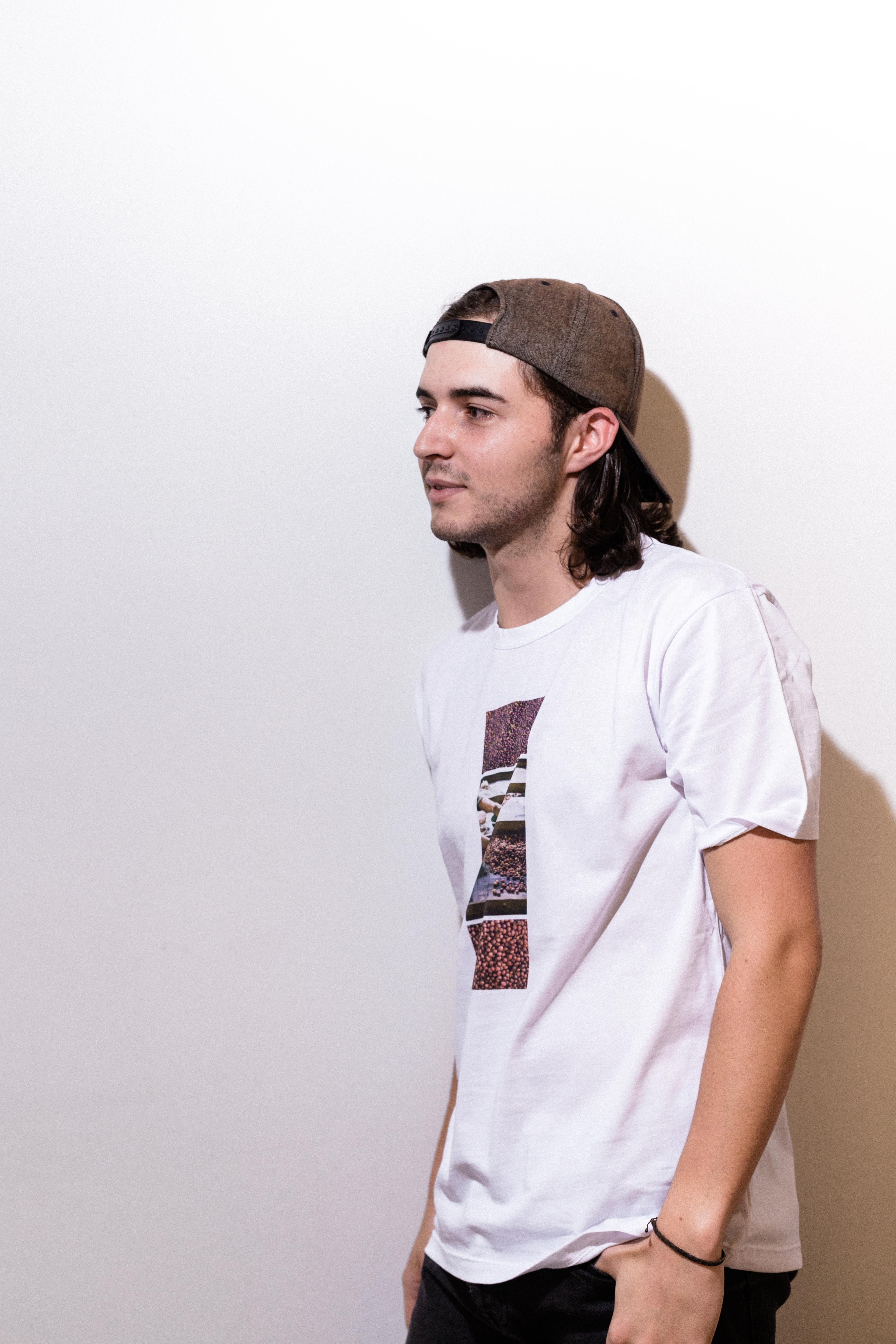 NOTE: The information used in this article was retrieved from a report made by the Alabama Appleseed Center for Law & Justice. Click here to read Sean’s full story.

Sean Worsley’s nightmare began on August 15, 2016. He and his wife Eboni were driving from Mississipi to North Dakota to pay a surprise visit to Sean’s family. It was past 11 PM when the couple stopped at a gas station in Pickens County, Alabama. Sean stepped out of the car while they played music on the radio, music that was loud enough to get the attention of a police officer who was nearby. Officer Carl Abramo approached them and asked to lower the volume. As he got close, he smelled marijuana and searched the vehicle, finding some in the back seat.

Sean is an Army veteran who served 14 months in Iraq. He had been honorably discharged in 2008 and continued to serve the Army Reserve until 2010. While serving his country, Sean suffered a traumatic brain injury that led him to experience debilitating mental conditions like PTSD and depression alongside chronic back and neck pain. Marijuana was the only thing that helped him with his illnesses, and he began using it in 2011. That marijuana that Officer Abramo found in his car had been legally prescribed to him in Arizona. 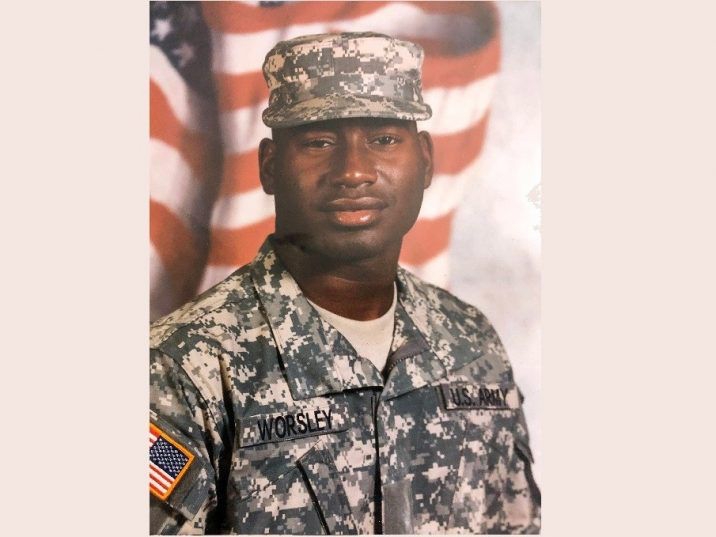 Little did Sean knew that marijuana was completely banned in Alabama, even for medical purposes. Abramo proceeded to handcuff Sean and called for backup as Sean and Eboni tried desperately to explain their situation. Abramo then looked inside the vehicle and found rolling papers, a pipe, a six-pack, a bottle of vodka, and some pain pills. Even though first-time possession is a misdemeanor in Alabama, the arresting officer can consider it a felony if he believes it is not for personal use. And that’s precisely what Officer Abramo did.

The couple was charged with possession for other than personal use, a Class C felony, and spent six days in jail before being released on bond. They returned to Arizona thinking that it was over, but it was just the beginning.

Almost one year later, the Worsley’s received a call announcing that the Pickens County judge was revoking all bonds. They had to rush to Alabama that same day to avoid being charged with failure to appear in court. Upon their arrival, they were split into separate rooms for questioning. Eboni insisted that she had to be with Sean to support him due to his condition, but her claims were ignored. 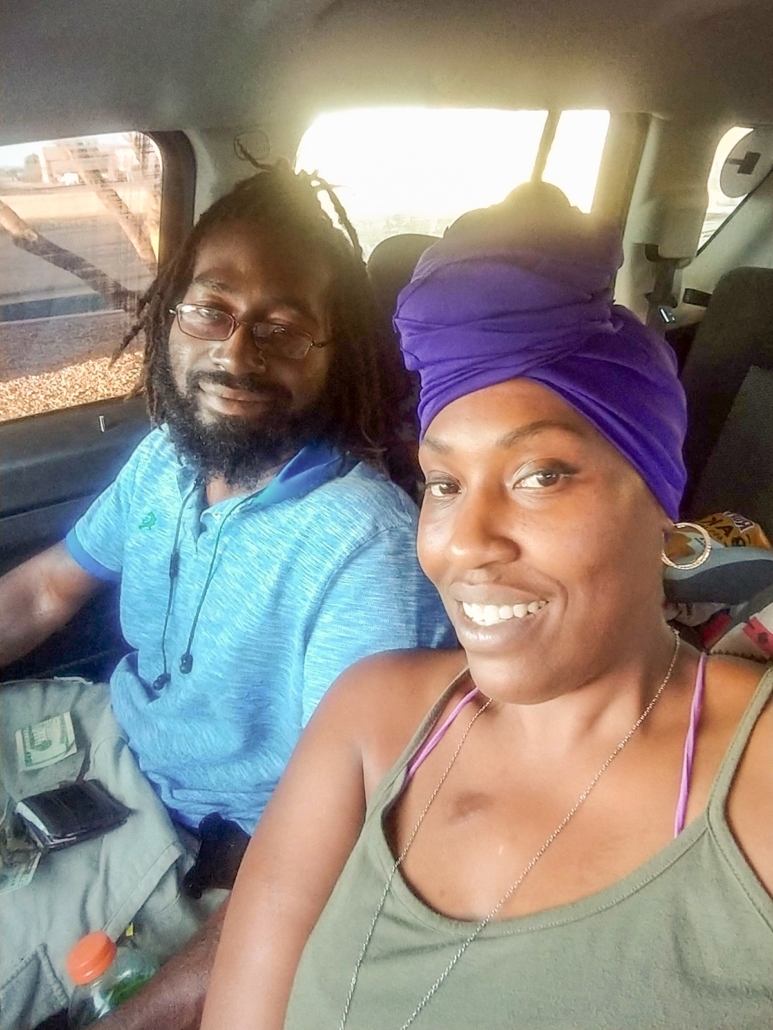 Sean and Eboni. Photo courtesy of Alabama Appleseed Center for Law and Justice.

Sean, alone in another room, was forced to sign a plea deal that consisted of sixty months of probation, a drug treatment, and thousands of dollars in fines. They threatened Sean with prison time for him and his wife if he didn’t sign the agreement. They returned to Arizona, believing that it was the end of it. But it was not.

Two years later, in February 2019, Sean missed a court date in Pickens County, meaning that his probation’s supervision program was cut for failure to attend and failure to pay court-ordered money. Months later, the state of Alabama issued a fugitive warrant for his arrest.

At the time, Sean was broke and almost homeless. He had spent all his money on legal fees and fines and could not even afford his medical marijuana card. Once, while driving to Eboni’s house, Sean was pulled over by the police in Arizona. He was detained for having marijuana and no legal marijuana card.

When Pickens County found out about Sean’s capture, the court demanded his extradition back to Alabama, making Sean pay for the expenses. Sean has been in Pickens County Jail from early 2020. On April 28, the judge revoked his probation and sentenced him to five years in prison. Sean appealed the ruling, but it is uncertain what the result of that may be.

Today, Sean is still in Pickens County Jail, waiting for a spot to open up in the Alabama prison system. His nightmare may even be getting worse as he faces entering the most dangerous prison system in America. It has the highest homicide rates in the country, it has been found to violate the Eighth Amendment prohibition on cruel punishments, and its mental health care system has been deemed horrendously inadequate. Not to mention the thousands of prisoners and guards infected with the COVID-19 virus.

Sean is a family man that leaves behind two kids and a wife. A man who served his country compromising his physical and mental health. A man whose life has gone to hell by a corrupted and abusive system. Sean Worsley lost absolutely everything he had for being at the wrong place at the wrong time.

Today, we want to join the voices of protest Sean’s imprisonment and the many others who are in jail for non-violent cannabis offenses. His case is not uncommon and shows the reality of thousands of others who are victims of police and district attorneys who prosecute and imprison people for victimless crimes, regardless of the consequences.

Please join the cause by supporting organizations like the Last Prisoner Project, support people like Michael Thompson and Corvain Cooper, who are in prison for non-violent cannabis crimes.

How To Help Sean Worsley

Donate to the Last Prisoner Project.