Now Reading:Learn | An Honest Review Of The Starship From Hamilton Devices 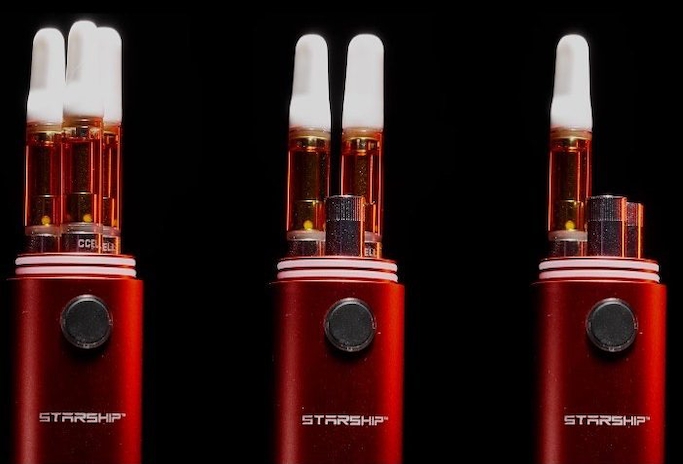 An Honest Review Of The Starship From Hamilton Devices

Smoke three vape cartridges at the same time? Sign me up.

There’s always something innovative coming out of the cannabis industry. From laser bongs to nanoemulsion edibles, the cannabis space is constantly unveiling products and devices to help consumers evolve along with the industry.

One of the more recent innovations we’ve been lucky enough to experience is the Starship from Hamilton Devices. It’s not a bong, and it’s a major step up from average vaporizers. Simply put, it’s a mega vaporizer that lets users puff from more than one cartridge or concentrate simultaneously.

Getting absolutely ripped is effortless with this device, so it’s definitely something beginners or those with low tolerances should use with caution. That said, if you’re on the hunt for something equally as convenient as it is customizable, the Starship might be for you.

See more information about the Starship below and our complete, honest review of this innovative device.

About The Starship From Hamilton Devices 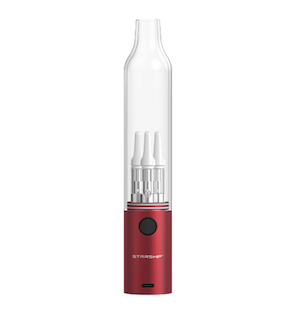 Before we deep-dive into our review of the Starship, lets better understand what this device is and how it works.

The main intriguing characteristic is that it’s the first-ever 3-heating element device. Instead of one heating element like typical vaporizers, the Starship has 3, meaning you can use 3 cartridges or wax coils all at once.

Hamilton Devices included a few handy examples of the different combinations we can use with the Starship simultaneously, including:

That may sound complex, but it’s actually quite straightforward. The Starship comprises:

Simply pop in your cartridges or concentrates of choice, and activate the power button, which also toggles through three temperature settings displayed through the LED light indicator:

You can inhale from the glass mouthpiece or use the Water Pipe Attachment that fits snuggly into a glass downstem.

Reviewing The Starship From Hamilton Devices 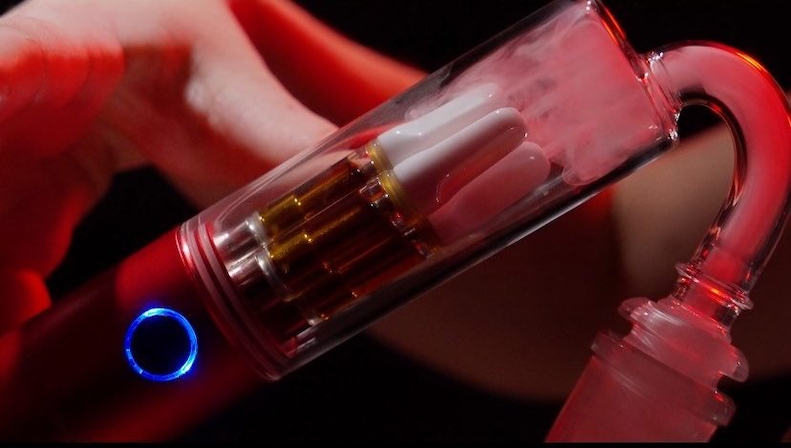 I’m definitely more of a bong fanatic, but so I decided to use the Starship solo and with my favorite glass piece.

First things first, using the Starship was effortless. It comes with 3 wax coils for your own concentrate, but you’ll have to get your cartridges if you prefer that avenue.

After rummaging through my drawer, I found some leftover shatter and two half-empty vape cartridges to put to the test with the Starship. Because I used two cartridges, I set the temperature to the lowest, as Hamilton Devices suggested.

I was expecting a coughing fit, but I was delightfully surprised to inhale some of the smoothest vapor I’ve ever experienced. It was cool, filtered, and perfectly cloudy. For my second hit, I attached it to my glass bong.

I’m usually a cougher after a bong toke, but inhaling vapor through my glass was quite a refreshing experience. It saved me from my usual coughing fit, and the vapor was even cooler thanks to my bong’s freezable glycerin coil.

It’s safe to say this is not the last time I’ll be using the Starship from Hamilton Devices. The flavors of my concentrates presented themselves perfectly, and the crisp, cool vapor was a true treat for this bong smoker.