Vapes fall into two main categories: dry herb and concentrate. Here's everything you should know about each one so you can find the best device for you. 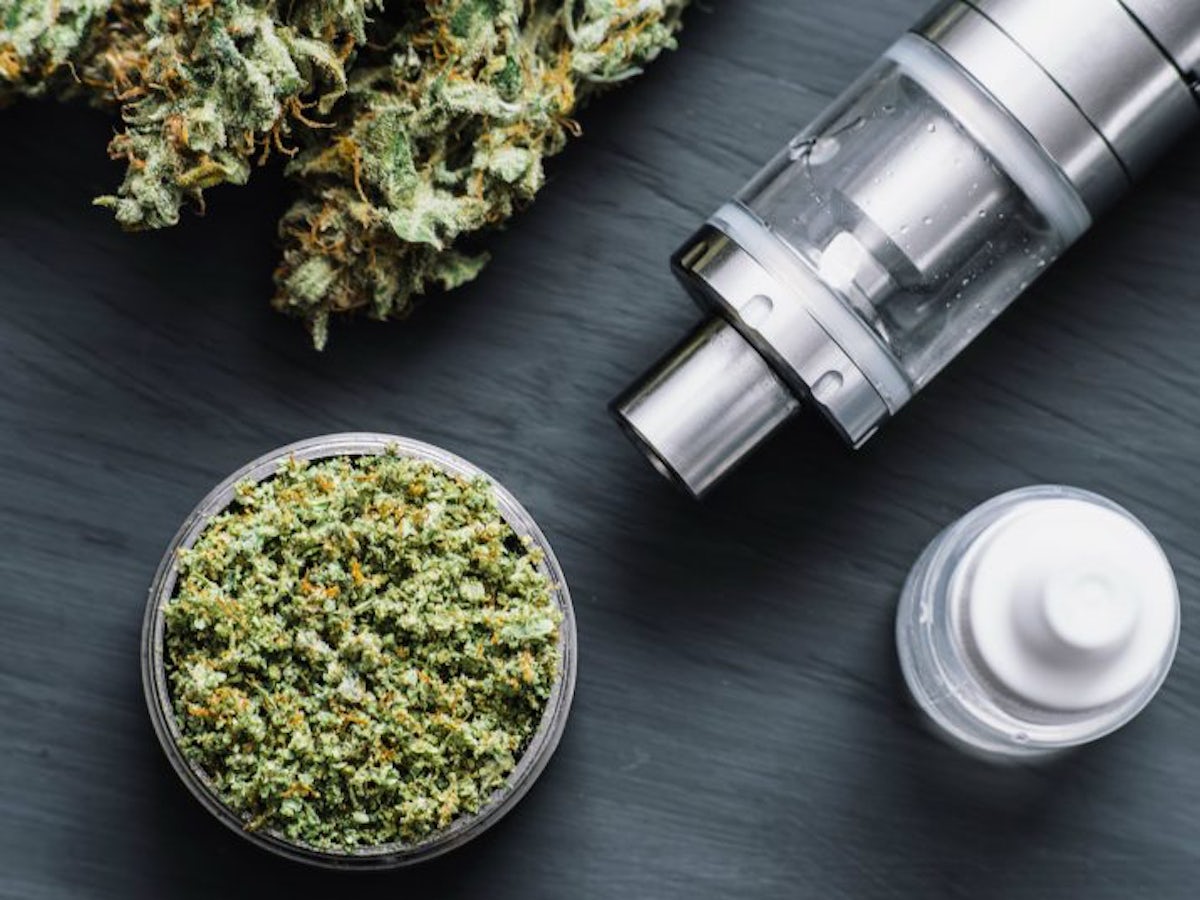 Vaporizers are becoming increasingly popular in the cannabis market thanks to their discreet, portable and convenient nature. Along with these benefits, vaporizers also reduce carcinogen intake, lung damage, signs of aging and are safe to use indoors. Whether you’re vaping concentrates or dry herbs, vaporizing is a healthier way to get the high you’re looking for.

With so many options to choose from, it’s hard to know exactly what vaporizer will suit you best. A good place to start is by figuring out whether you’re more into dry herb or concentrate vaporizers.

What Is The Difference Between Dry Herb & Concentrate Vaporizers?

Many vapes are dual-use meaning you can easily switch between vaping dry herbs and concentrates. These vapes are perfect for herbivores who want variety packed into small and discreet devices.

The first step to deciding whether you should be looking at dry herb or concentrate vaporizers is deciding what kind of high you want. 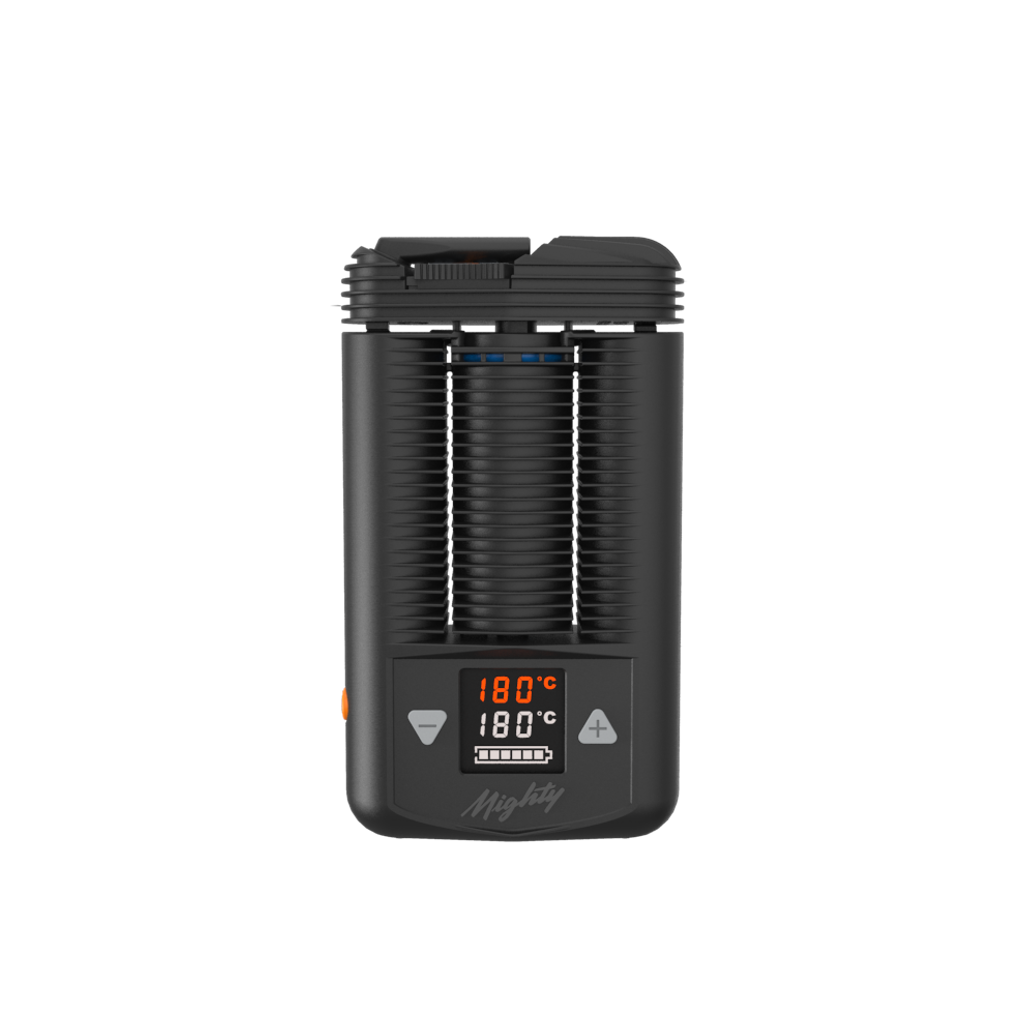 The Mighty does live up to its name as it is the undefeated king of the dry herb vaping world. Get ready for thick clouds and long lasting sessions with this German-made unit. However, it is on the pricier side. 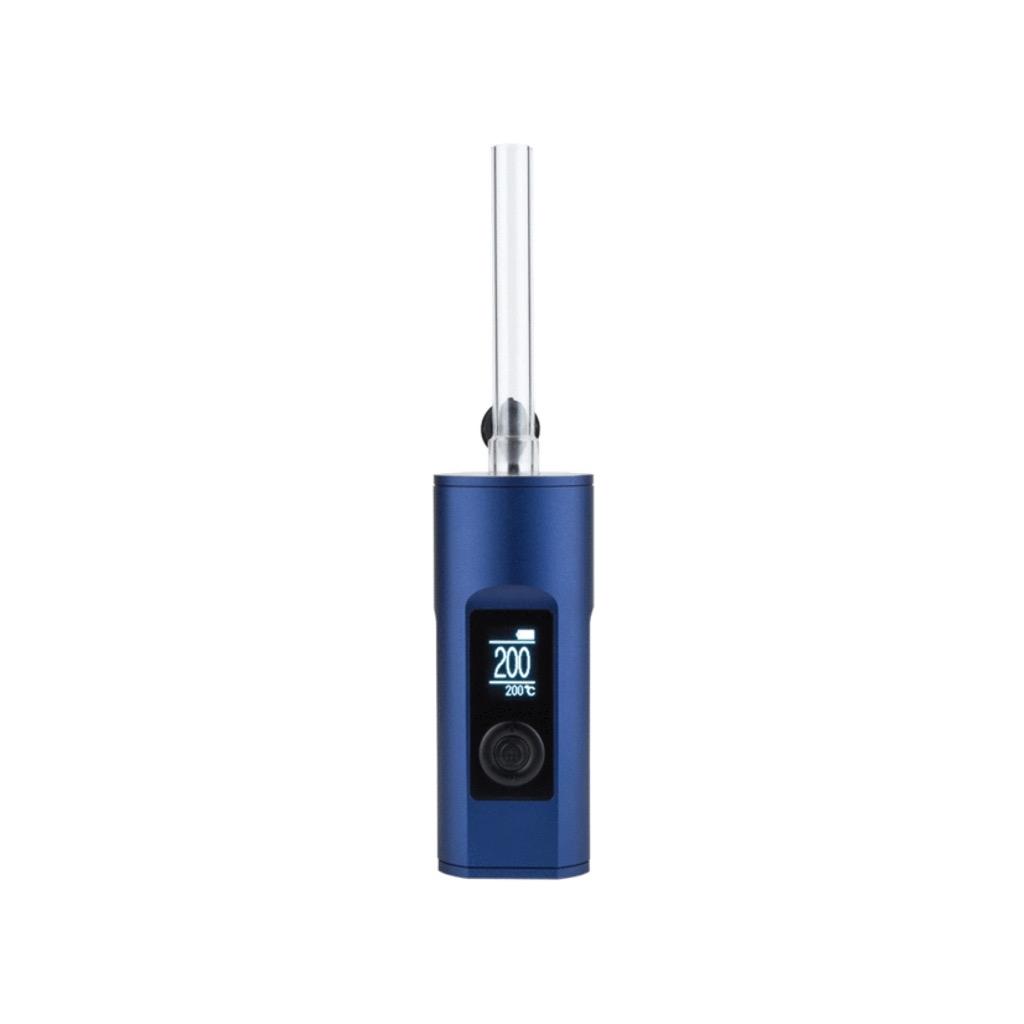 The Solo 2 has everything you need at an amazing price: ceramic heating, incredible battery life, and great vapor production. 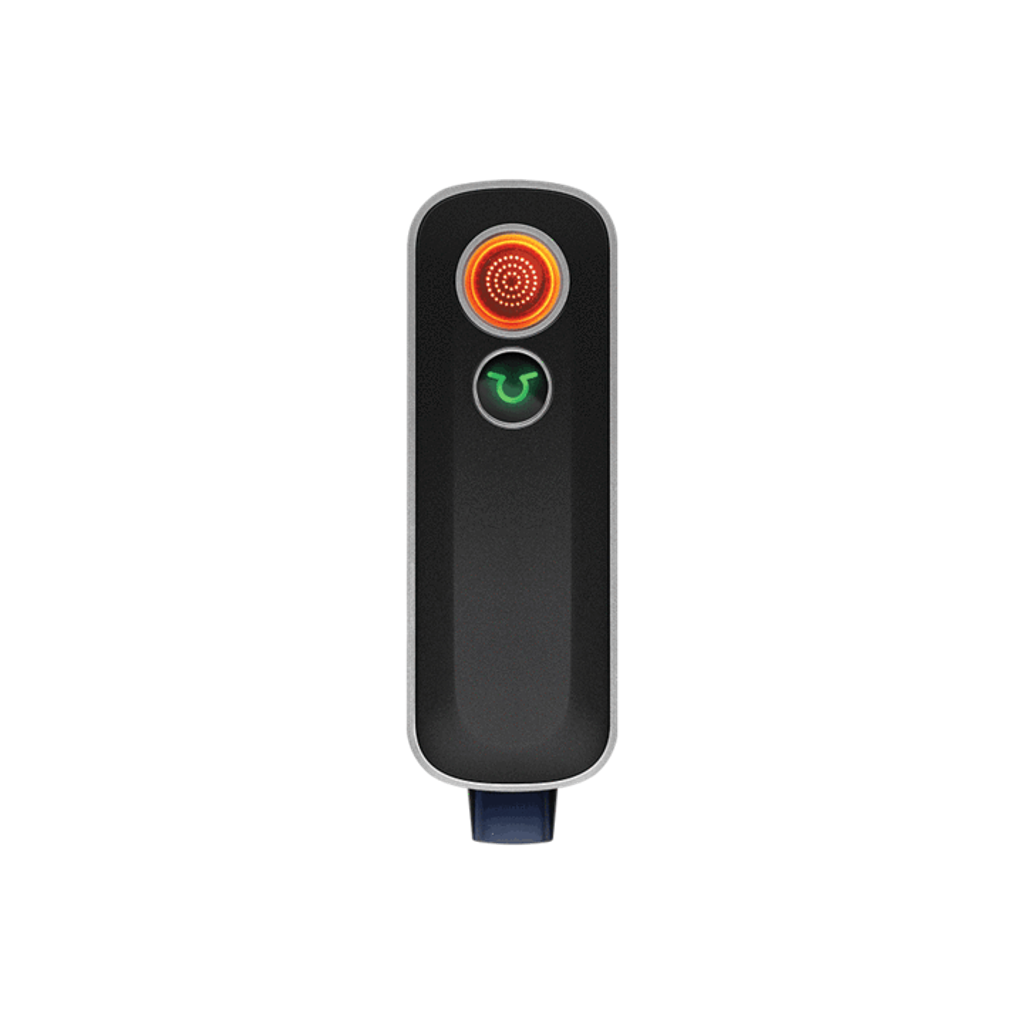 The Firefly2+ is a beauty, both in and outside. It has ceramic heating, super fast heat-up times, and a better that lasts up to 3 hours. It’s a beast. 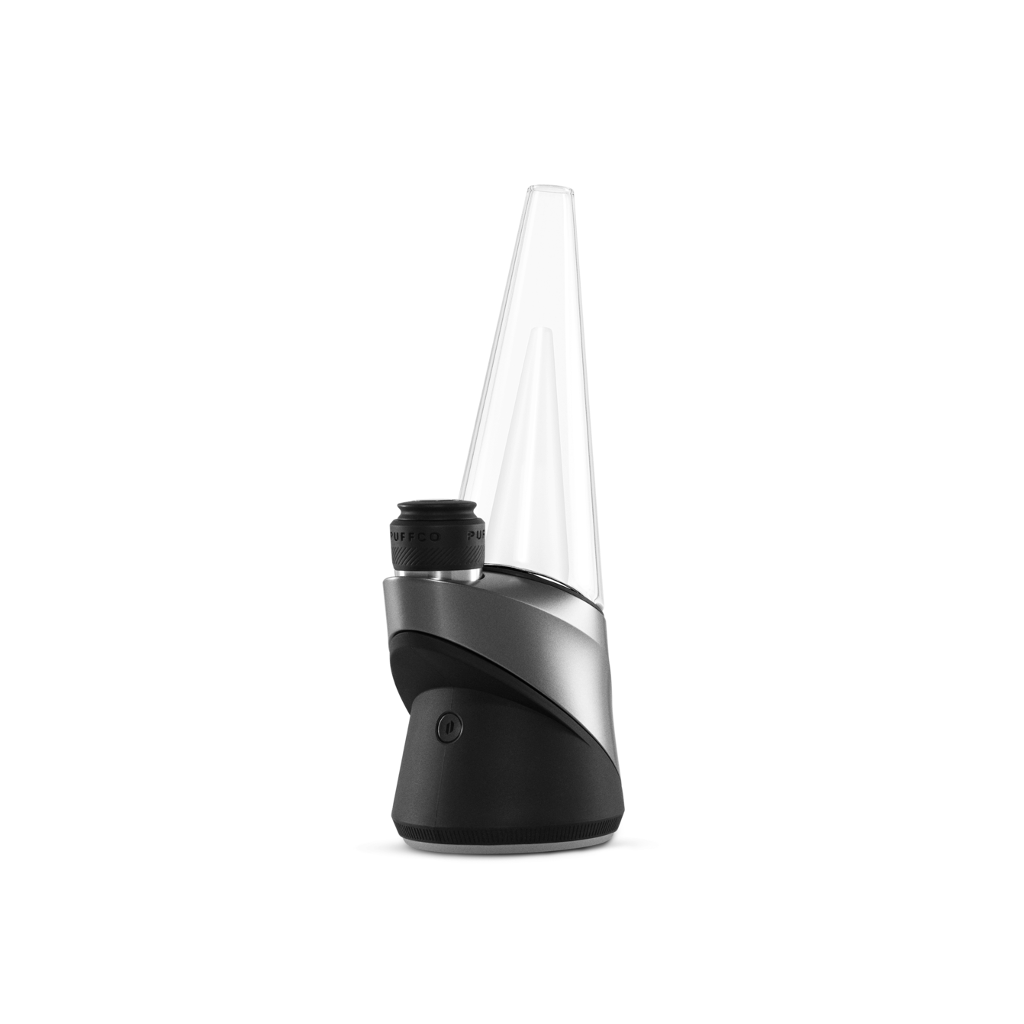 When only the highest quality dab will do, turn to the Puffco Peak. The ceramic bucket and glass bubbler provide an unobstructed vapor path, allowing you to enjoy the flavourful vapor this concentrate vape has to offer. 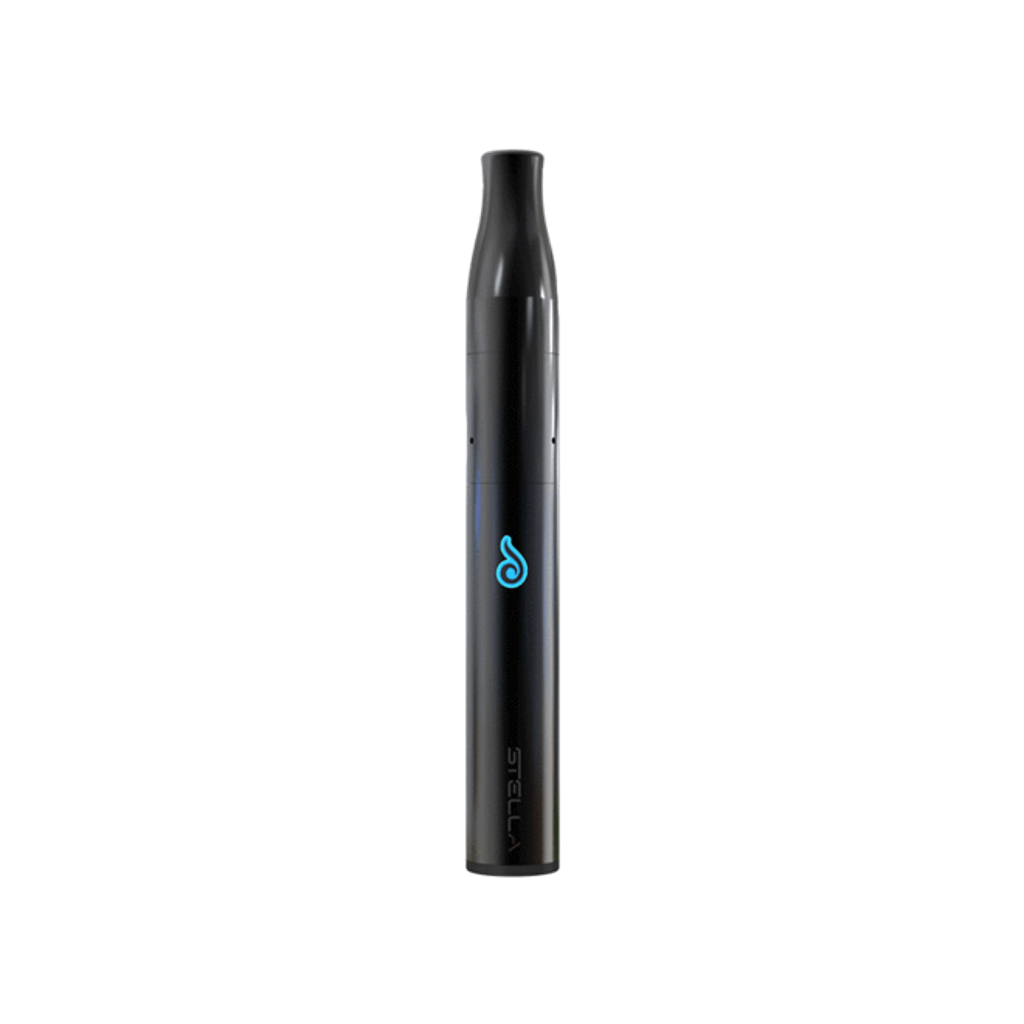 The Dr. Dabber Stella is the perfect concentrate vape. It has a low temp dabbing bit that preserves the flavor of every dab. The glass chamber allows for better flavor retention and ensures that no material is wasted! 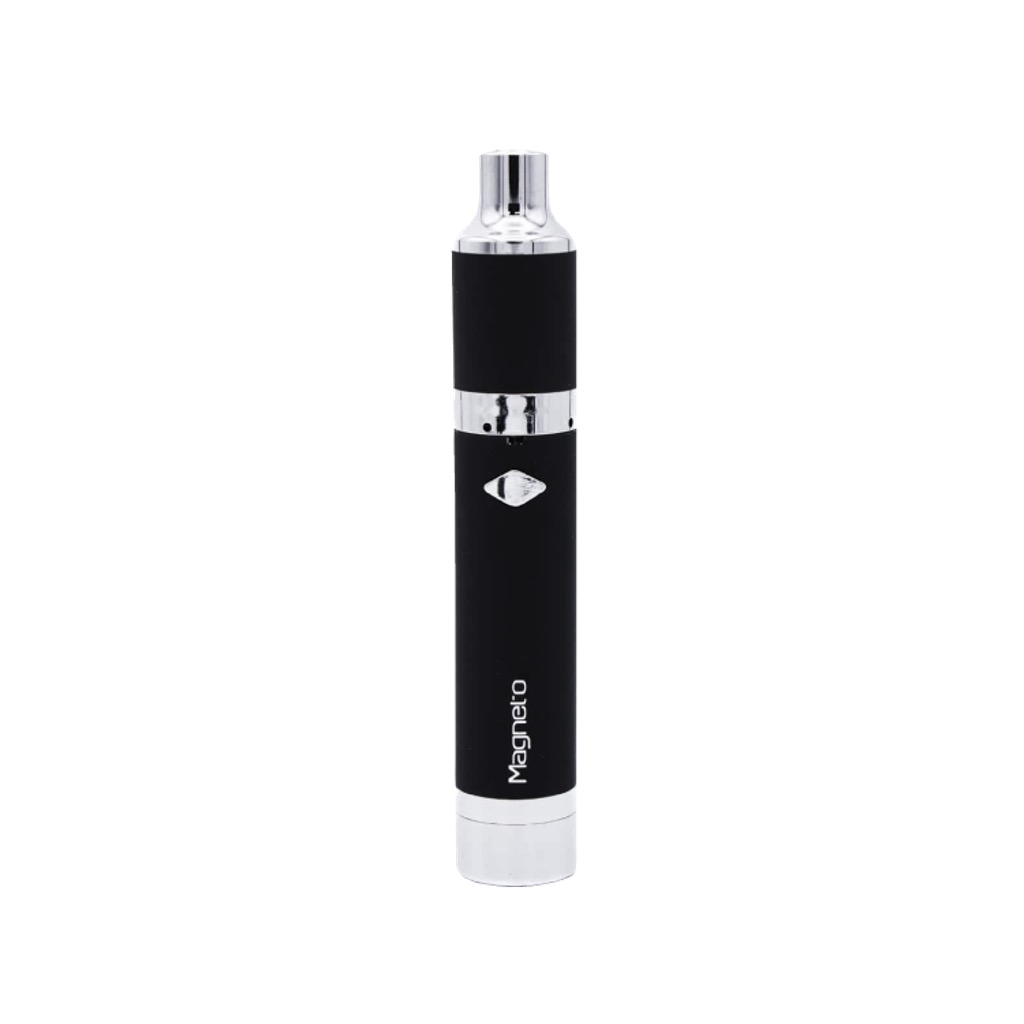 The Yocan Magneto is the first and only vape pen with a built-in magnetic loading system. Enjoy precise, mess-free vaporization of your favorite waxy oils and concentrates that you load onto the atomizer in seconds without any mess or hassle. 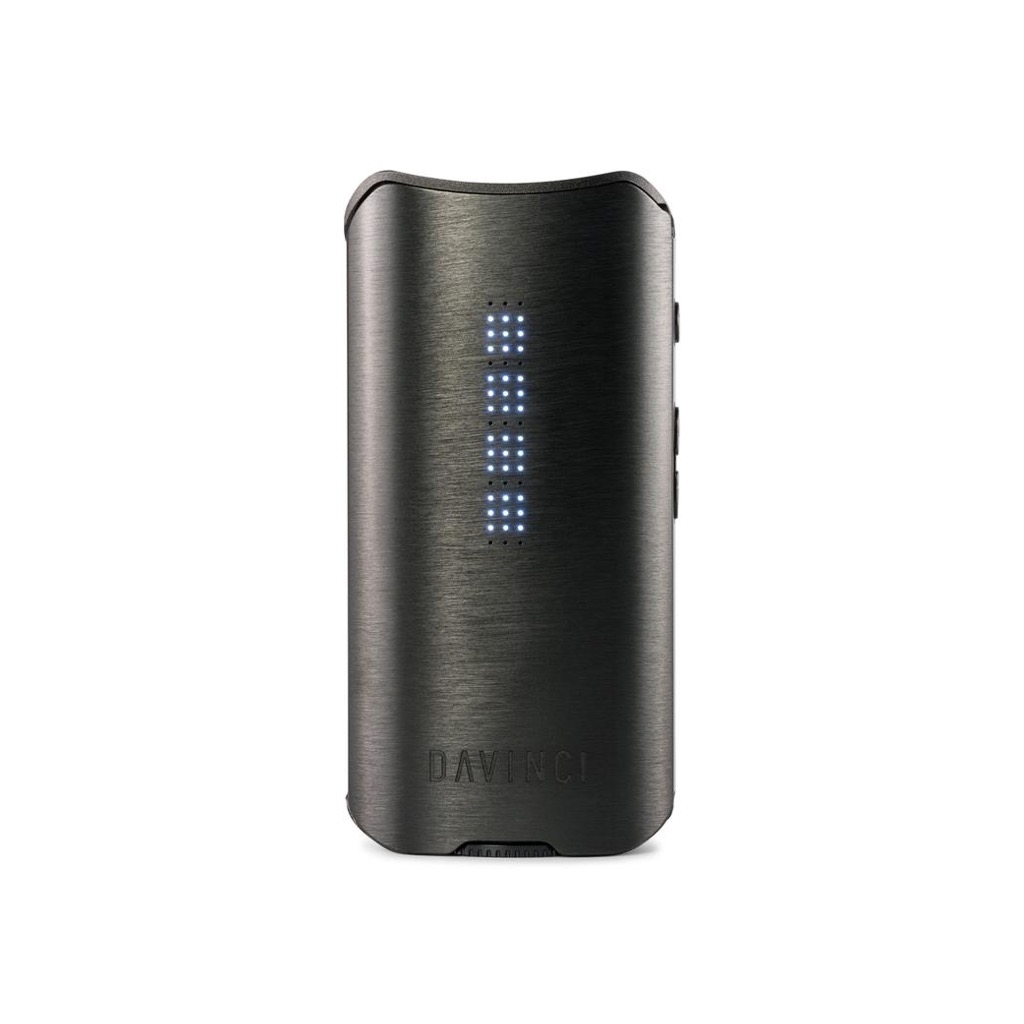 The IQ2 is probably the most advanced vape out there. DaVinci has been setting the standard for a while now with devices that offer precise temperature control. You’ll be able to jump from dry herbs to concentrates in seconds, getting superior vapor with both.

If you’re on a budget, check out DaVinci’s latest release: the IQC. 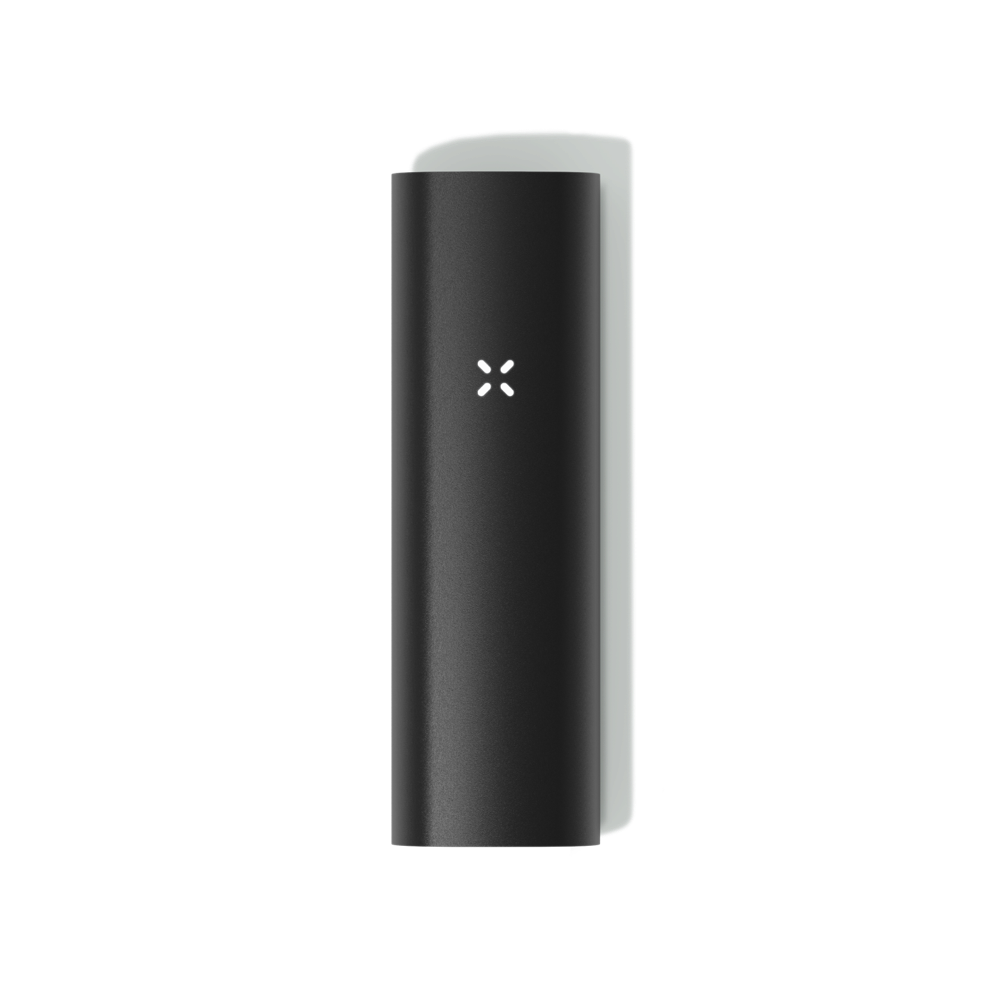 If Apple ever made a vape, this is what it would look like. It’s as gorgeous as it’s functional. With the PAX 3, you can vape both your dry herbs and concentrates with precise temperature and superior heating times. 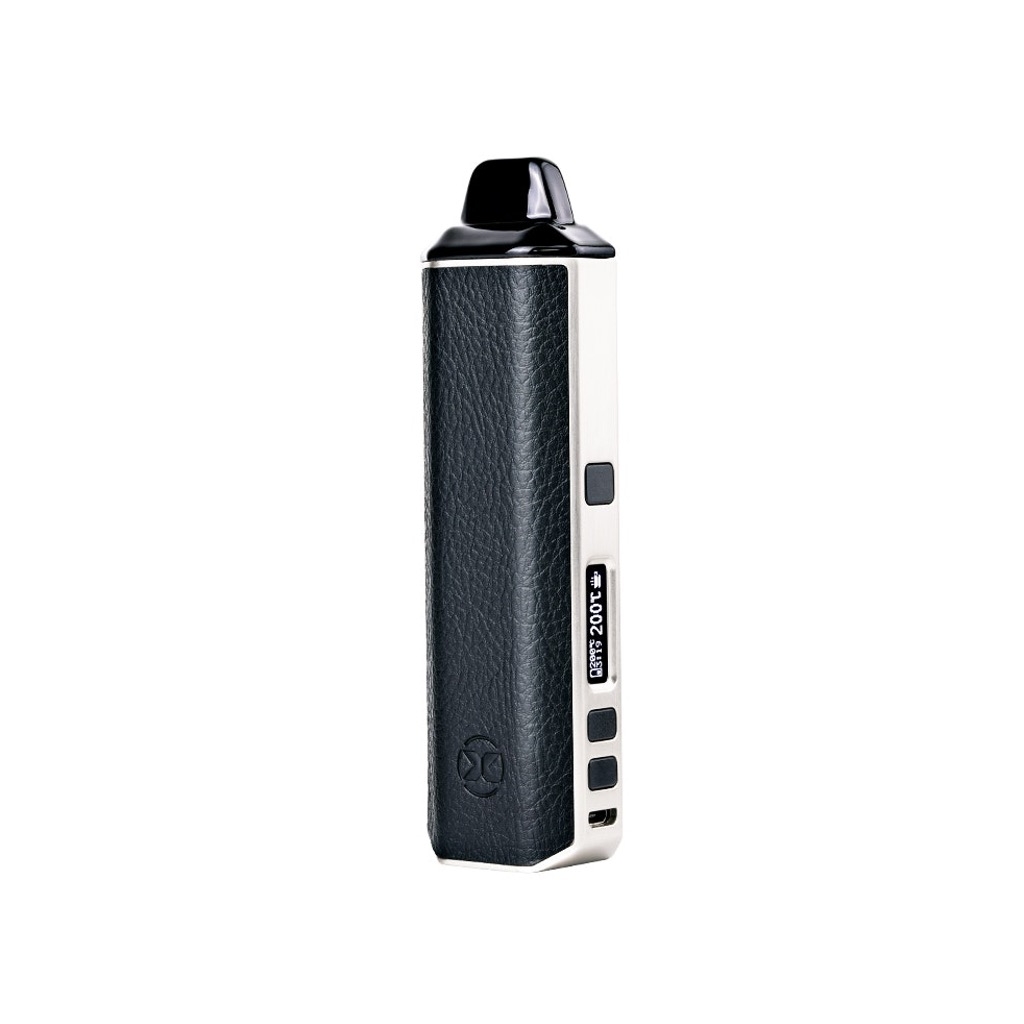 The Aria is one of the most efficient dual-use vaporizers you can find today. It is a vape that delivers smooth and tasty hits with every draw, and it feels great in the hand. The Aria’s sleek design makes it convenient and comfortable to use, all day long.

What Is A Concentrate?

Cannabis concentrates are exactly what they sound like: a super concentrated version of the cannabis flower. Concentrates technically count as any cannabis material left over at the end of the extraction process.

The process involves using solvents, such as butane and carbon dioxide, to isolate the compounds you want, like THC and CBD, from the cannabis plant. Basically, pressure and carbon dioxide are used in unison to separate plant material. Words like wax, shatter, sap and oil often refer to the texture of the concentrate.

Kief, or hash, technically counts as an unprocessed cannabis concentrate. One of the oldest cannabis concentrates out there, hash hasn’t undergone an extraction process that turns it into a super concentrated final product. Instead, it is comprised of many trichomes, which are tiny little hairs that grow off cannabis, that can be vaporized.

BHO, butane hash oil, is a popular concentrate. Cannabinoids are drawn out of the dry flower using butane extraction. The process leaves behind a wax, called butane hash oil, that is either sticky or hard. BHO is commonly used to relieve chronic pain since it often has as much as 80% THC.

This Delta 8 THC wax from Binoid is a great way to experience cannabis concentrates. 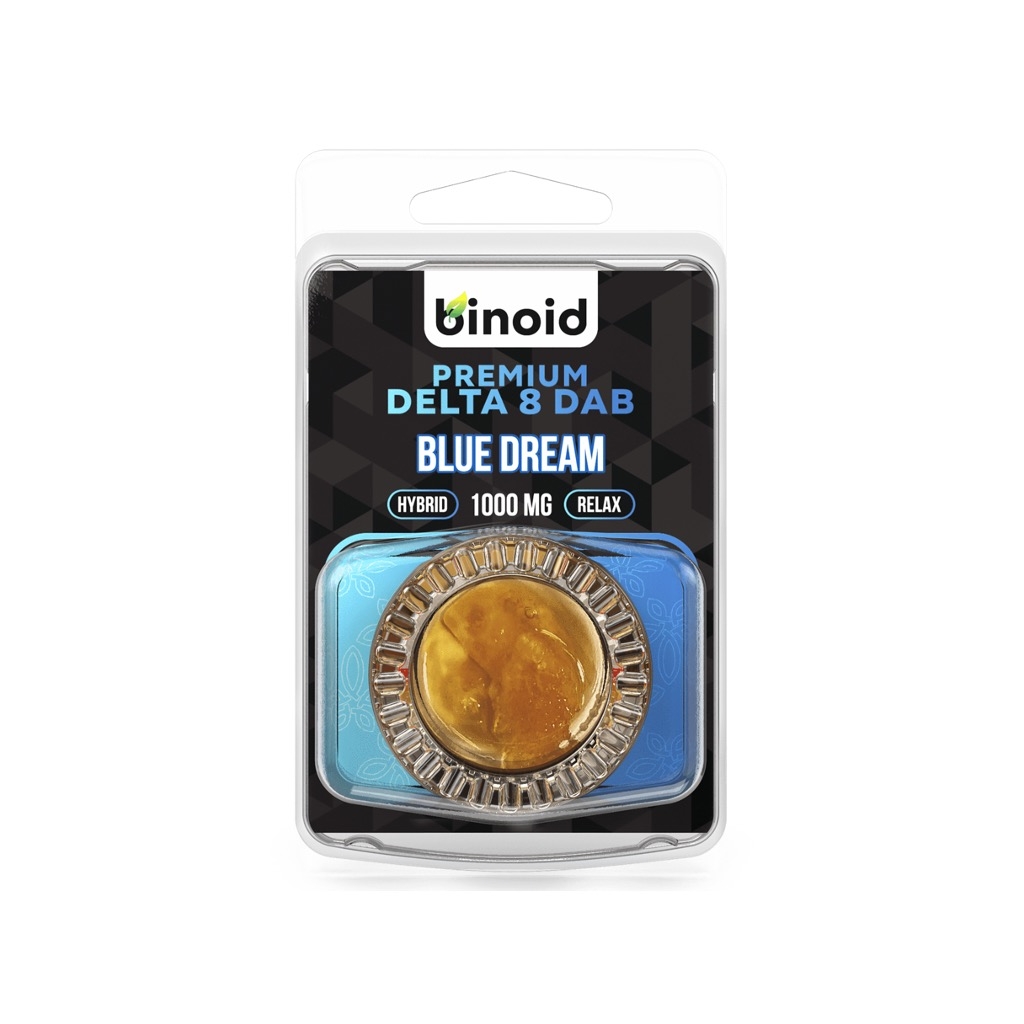 Are Concentrates Stronger Than Dry Herbs?

Yes, absolutely. The extreme difference in potency between dry herbs and concentrates is a very important distinction to understand. Because a concentrate has been isolated, a dab hit from a concentrate vaporizer is usually a lot more potent than vaporizing dry herb. To be clear, concentrates tend to be about 60-80% THC while the average dry herb is only 10-25% THC.

This means two things. Firstly, that concentrate vaporizers are a lot more cost-effective since less material needs to be vaped to reach the high you want. Secondly, that inexperienced dabbers really need to take it slow when vaporizing concentrates.

Terpenes are the compounds found in cannabis that produce the distinct flavor and smell of the flower. It is the combination of terpenes and THC that create the psychoactive effects of cannabis.

For example, Limonene, a terpene found in most citrus fruits as well as OG Kush and Sour Diesel, can promote weight loss and improve mood when vaped. Some concentrates will lose some of their aromas and flavors when they are extracted, so if you are someone who prefers a super strong flavor and aroma, it might be best to stick to dry herb vaporizers.

As we know, inhaling cannabis concentrates is a lot more potent and powerful than inhaling dry herb. Medical cannabis users often use concentrate vaporizers because they provide fast relief thanks to the strong dose of cannabinoids.

Of course, some concentrates are rich in non-intoxicating compounds like CBD. A CBD concentrate is great for pain relief because it makes you feel better without the psychoactive effects that get you high.

How Does A Dab Hit From Concentrate Vaporizers Work?

Dabbing is the process of applying a concentrate to the vaporizer coil and inhaling as the cannabinoids and terpenes change from wax to vapor. This is an easy and quick way to get a potent dose of cannabinoids.

Concentrate vaporizers are incredibly valuable tools for regular dabbers because they provide a convenient and discreet way to dab while on the way work, at the beach, or on any adventures.

Why Is Temperature So Important In Dry Herb & Concentrate Vaporizers?

Don’t forget, vaporizers heat cannabis concentrates and dry herbs to an optimal temperature causing cannabinoids to change from solid or liquid to vapor without combustion. Heating without combustion means the user doesn’t inhale tar, carcinogens and other harmful toxins that can irritate the lungs after a while.

Most vaporizers have a range of specific temperature settings. There are often about three or four temperatures to choose from. When activated, usually by pressing a button or inhaling, the device battery heats up the atomizer coils and chamber which in turn heats the material.

Whether it’s concentrate or dry herbs, vaporizers are guaranteed to provide smooth vapor and big clouds without burning your material.

educationFAQlearnmedicalvaporizers
August 12, 2021 — Last Updated August 13, 2021
Written by Jane Hobson
Save for later
Start saving articles by clicking the heart icon and you'll find them again in your profile page.