Photo: Jennifer Lawrence Smoked Pot On The Set Of Don’t Look Up To Get Into Character

Talk about commitment to character. 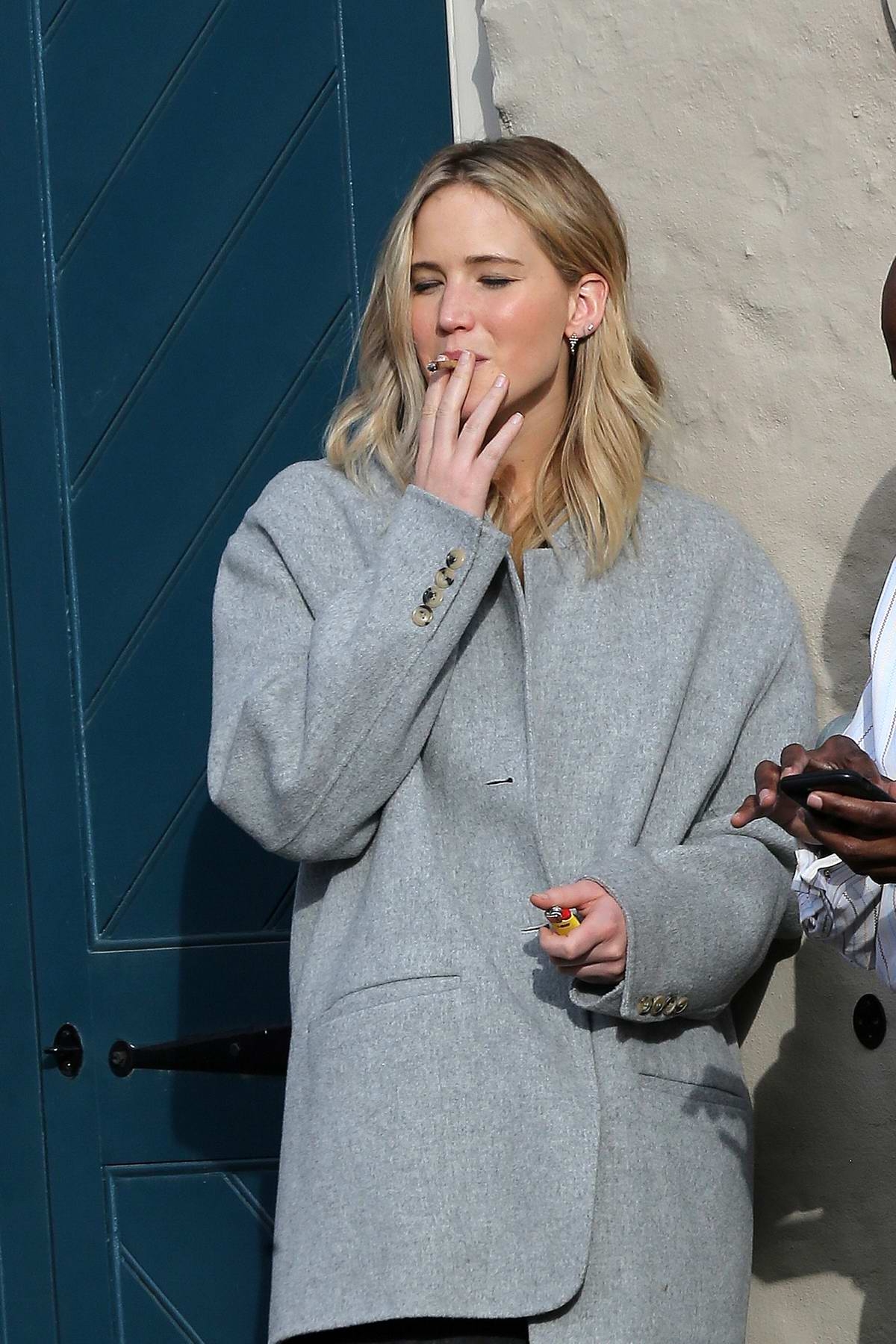 For the forthcoming star-studded film, Don’t Look Up, actress Jennifer Lawrence is playing a Ph.D. candidate who just so happens to calm her nerves with cannabis after discovering the disastrous comet approaching Earth. To prepare for the new role, she decided to get into character with help from the plant she and her character adore.

During the post-screening Q&A in Los Angeles on Thursday night, joined by co-stars Leonardo DiCaprio and Meryl Streep, Jennifer Lawrence admitted to getting high on the Boston set of the new Adam McKay-directed satire film.

At the Q&A, Lawrence added that she wasn’t pregnant at the time of smoking up on set, but she recently announced her pregnancy back in September with husband Cooke Maroney. J-Law has built a reputation of being the polite and hilarious actress that Hollywood knows and loves, and this notion carried over on the set of the forthcoming comedy.

McKay explained that Lawrence ever-so-politely “asked for permission to partake” prior to filming a scene with Streep. But this particular scene didn’t have any scripted dialogue. McKay added that “Jen was like ‘Are you gonna throw me some improv?’ and I was like ‘No, you can get high.'”

Later, McKay admitted that he wanted to tease the high Hunger Games alumni, but he decided to keep the situation under control out of respect for her and her co-stars. McKay would turn to his script supervisor, Cate Hardman, and playfully ask her to go up to Lawrence and say, “Hey Jen. I think I have a monologue idea for you.”

This would ultimately trip her out, so McKay scrapped the idea and left the stoned J-Law alone. Lawrence laughed at the comment and responded that she was an apparent target onset. “Everyone was fucking with me… I guess because I was high. Easy to fuck with.”

Many expect Don’t Look Up to be the biggest comedy that Jennifer Lawrence has ever starred in. Don’t Look Up stars Lawrence, Leonardo DiCaprio, Meryl Streep, Rob Morgan, Jonah Hill, and Timothée Chalamet.

The film will arrive on Netflix on December 10, 2021, and will tell the story of DiCaprio and Lawrence’s characters, two astronomers, desperately trying to warn other Americans about a comet that could wipe out the world as we know it. In honor of Jennifer Lawrence’s commitment to her weed-loving character, it’s only fitting to grab a joint, bowl, or edible before watching the new film.

November 22, 2021 — Last Updated November 23, 2021
Written by BuzzMusic
Save for later
Start saving articles by clicking the heart icon and you'll find them again in your profile page.

Get 20% off premium weed and discover the latest products, news, and deals in cannabis.
November 22, 2021 — Last Updated November 23, 2021
Written by BuzzMusic
Save for later
Start saving articles by clicking the heart icon and you'll find them again in your profile page.