Can Cannabis Help Me Sleep? Here’s Everything You Need To Know

From terpenes to cannabinoids, here’s what you need to know about sleep and cannabis. 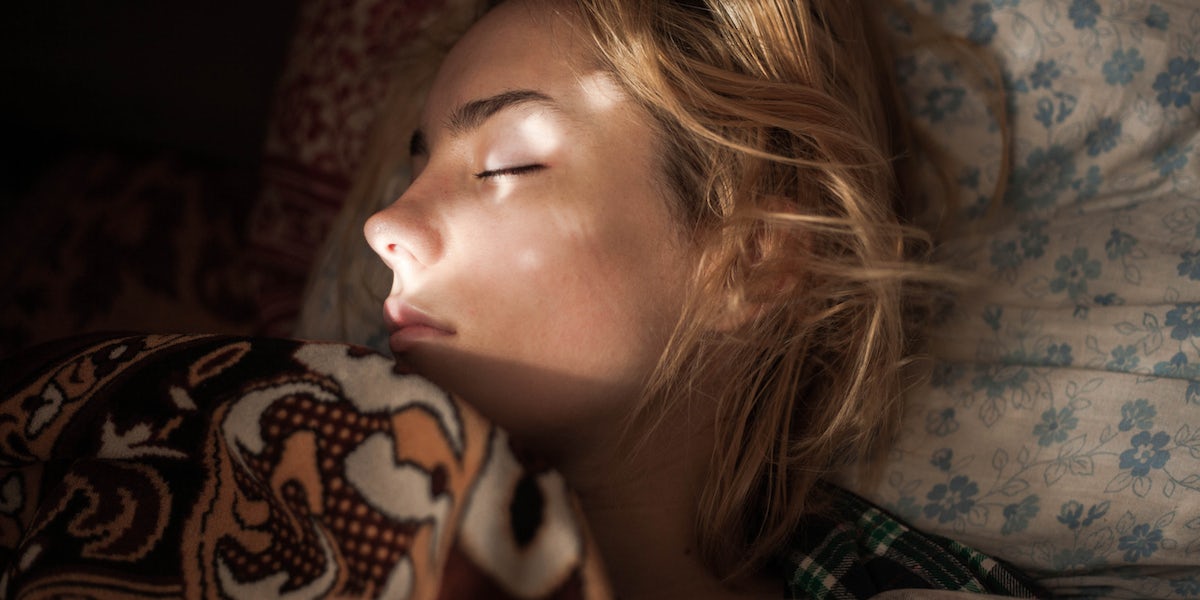 This article was created with Symbl.

When many people think about cannabis, a few unfortunate stereotypes sometimes come to mind. Tired as the sleepy stoner trope may be, there’s a grain of truth to it. An increasing number of studies have suggested that certain strains of cannabis may be useful as sleep aids. But what is it about cannabis that may help provide a good night’s rest? And how can it be used as part of a more holistic part of our wellness toolkit?

The Science of Sleep: Can Cannabis Help Sleep?

Go a few days without getting proper rest at night and it becomes painfully apparent just how crucial sleep is to overall health and wellness. Despite years of research, scientists don’t fully understand the functions of sleep, however, we do know it has an impact on several key functions.

Learning and memory, for example, can be severely affected by sleep deprivation. Without proper sleep to allow neurons time to rejuvenate, they become exhausted. This leaves us unable to recall information or to coordinate it properly. It affects muscle function, mood and the ability to focus. Depending on what you do for work, that could result in anything from clerical errors to major accidents. And in fact, insomnia-caused accidents and injuries reportedly cost the US close to $63 billion dollars.

Characterized based on duration, insomnia is one of the leading causes of sleeplessness and is surprisingly common in adults. According to the American Academy of Sleep Medicine:

Beyond diagnosable insomnia, sleeplessness can be caused by a number of other factors, including pain, anxiety, PTSD, and many other conditions. And it just so happens that these are some of the conditions that may be better managed by using cannabis.

Cannabis and Terpenes: How Can Myrcene Help You Sleep Better?

As we continue to explore the properties of terpenes, even experienced cannabis consumers have discovered the importance of choosing a specific strain for a specific type of experience. In short, terpenes are oils found in plants—like cannabis—that provide its flavors, aromas and some of its therapeutic effects. For example, in addition to cannabis, the earthy, musky and citrus-scented myrcene is found in hops, thyme, lemongrass, and mangoes. This explains the slightly odd phenomenon of faster and more intense effects that occur when consuming cannabis after eating a mango.

Along with providing your strain’s aroma and flavor, terpenes also help classify cannabis. Known by cannabis experts and novices alike, the terms Indica and Sativa are often used as common indicators for the strain’s potential effects, but what characteristic identifies a particular cannabis strain is Indica or Sativa? That important distinction actually depends on the amount of the terpene myrcene present in a given strain. Strains that have a myrcene concentration higher than 0.5% are often classified as Indica strains. Usually Indica strains will be suggested for those suffering from insomnia, and research has indicated that the myrcene found within is responsible for the relaxing, sedative effects of these strains. Myrcene may provide effects positively impacting other conditions causing sleeplessness, such as muscle tension, pain, anxiety, and depression.

The terpene has a musky, earthy aroma, with hints of citrus. It can be found in hops, lemongrass, thyme and even mangoes. That helps to explain the slightly odd phenomenon in which consuming cannabis after can actually speed up the onset of the effects.

Linalool is another cannabis terpene that is prevalent in strains that are often recommended for enhanced sleep. It’s used in certain parts of the Amazon as an anticonvulsant and can be identified by its floral, lavender scent topped with just a hint of spice. Aside from cannabis, linalool is found more than 200 plant species, and it’s even estimated a person can consume as much as two grams from food alone.

Which Strains are Best For Helping You Sleep?

A number of factors go into determining the specific strains ideal for each individual. THC tolerance and sensitivity, experience and personal preference should all be considered when selecting a strain. Also, keep in mind that consumption methods should be considered when using cannabis for sleep. For example, when eating or consuming cannabis through the digestive tract, we can actually stay asleep longer and with fewer disturbances because the effects of cannabis have a greater duration. Inhalation, on the other hand, has a much faster onset time. What we gain in speed, however, will be forgone in the length of the effects.

When looking for better sleep, Indica strains with their higher levels of myrcene are the place to start. What’s most interesting is how myrcene interacts with the cannabinoids in a given strain to produce a compound effect. A 2011 study published in the British Journal of Pharmacology called “Taming THC: Potential Cannabis Synergy and Phytocannabinoid-terpenoid Entourage Effects,” discovered that while myrcene is an effective sleep aid, it can combine with CBD to decrease pain, inflammation and even potentially fight cancer. Combining the terpene with higher THC strains results in pain reduction, muscle relaxation and sedation in high enough doses.

For a relaxing but not overwhelming sedative strain, we recommend Indicas such as Symbl’s Dream Weaver (MK Ultra) to begin exploring how to incorporate cannabis into a healthier sleep routine. Integrating cannabis, as well as other positive habits, like exercise, healthy eating and good sleep hygiene can go a long way to making sure we get the restorative sleep we need to help us be our best selves.