The Best Cannabis Strains for Studying and Focus

We love smoking weed just because it's fun. But more often than not, we're banking on cannabis to take on a more functional role. Here's a list of the best strains for studying. 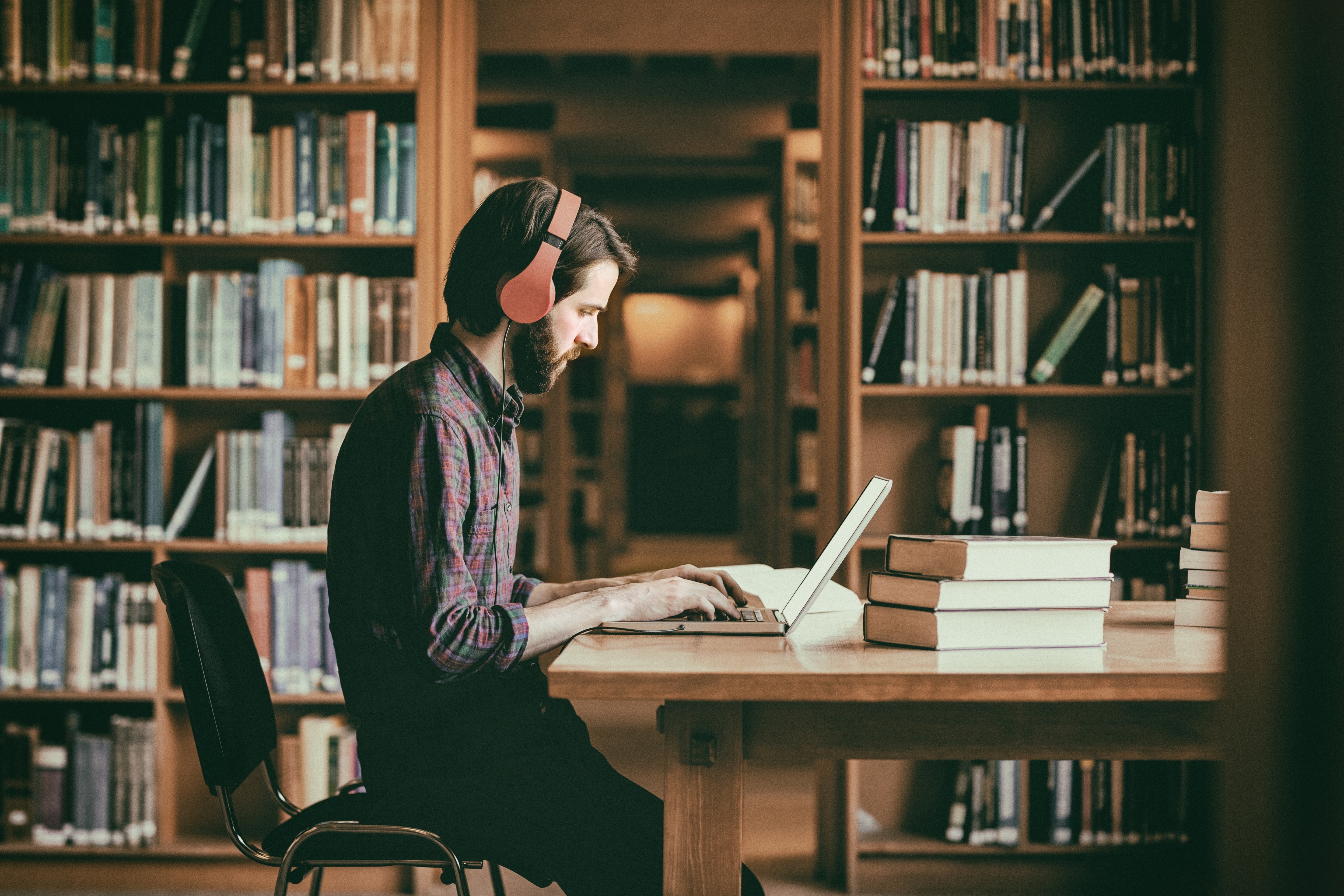 Strains for studying, productivity, and focus are in high demand because many people are ditching prescription pills like Adderall, Ritalin, and Vyvanse for cannabis. It’s a viable option because certain strains of weed can actually give people energy, mental stimulation, and focus.

Another thing to look out for while shopping for strains for studying is the cannabinoid and terpene profile. Certain cannabinoids, like THCV, are energizing and so great for focus. Anther cannabinoid that has been proven to wrk perfectly for studying and focus is CBG. It helps you remain focused and calm, just like CBD, but giving you energy instead of making you sleepy.

Similarly, particular terpenes, like limonene and pinene, are known for their uplifting effects. However, it’s important to look at the whole terpene profile of a strain. If a strain also has high levels of a sedating terpene like linalool, then it might not be as energizing as you would hope.

The Best Weed Strains For Studying

This is Herb’s first-ever cannabis product. Because we know who knows about growing weed, we’ve decided to work with Botany Farms and created a uniquely crafted Sour G CBG bud. Dry herb that does not have any sort of psychoactive feature but still keeps the panache we so commonly seek for in sativa-dominant strains.

This limited-edition handcrafted bud is designed to be consumed in the morning when you want to stay calm but gain a bit of an energetic edge to get you through the day’s tasks. Professionally grown indoors to guarantee the bud stays true to the fresh lemon and pine-scented notes while providing a whopping dose of 13.5% CBG.

This pure sativa from South Africa has high levels of THC as well as THCV, another psychoactive cannabinoid. THCV provides a strong energizing effect that’s great for studying and productivity. THCV also has appetite-suppressant effects, so if you’re looking for “upper” strains that won’t give you the munchies, keep an out for THCV. Known as the “espresso” of cannabis, Durban Poison’s invigorating cannabinoid profile matched with its spicy and piney aroma and flavor make it the perfect strain to help you stay focused and productive for hours.

Here’s our favorite Durban Poison bud out there. Grown indoors in California with 17% THC. 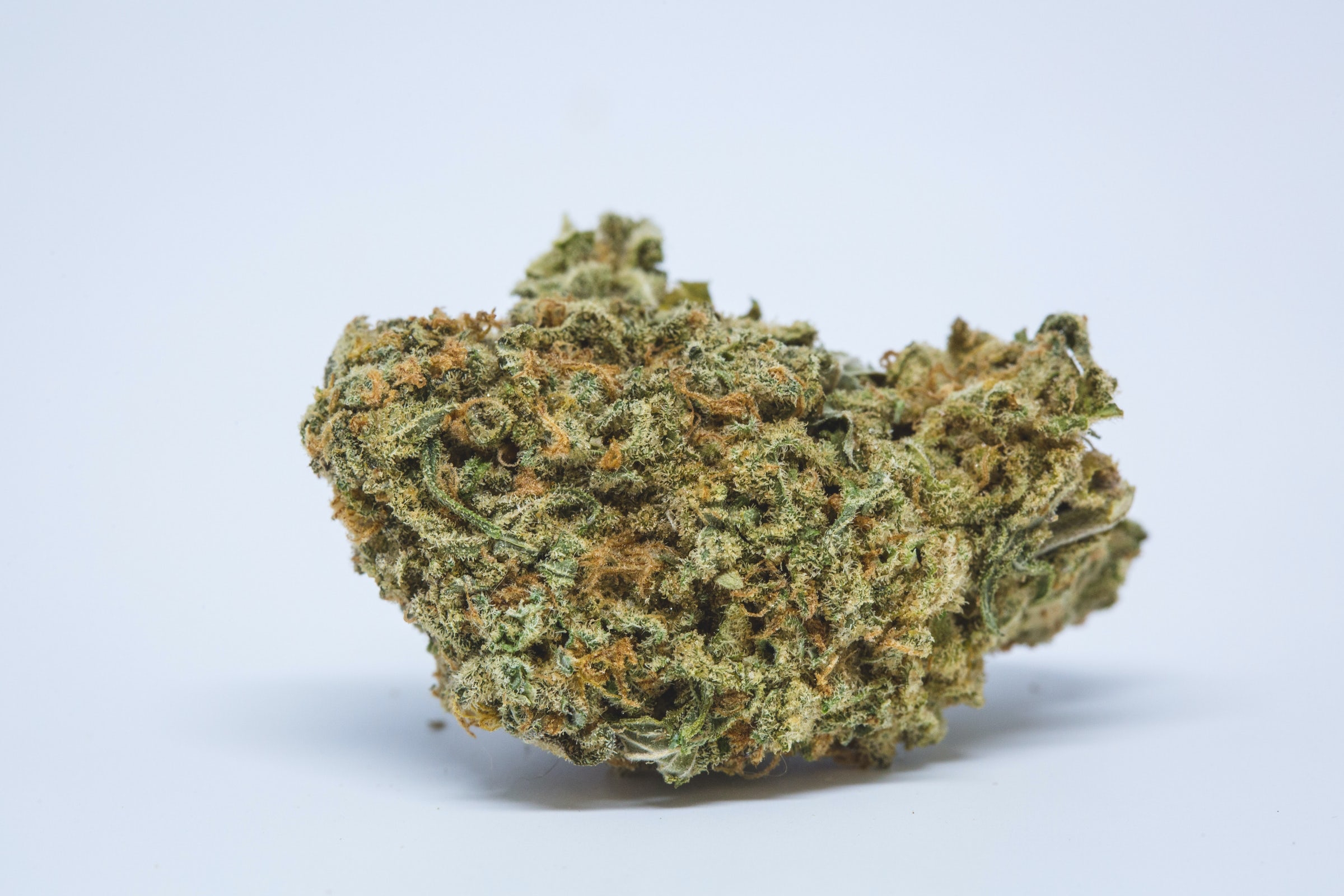 ACDC is another non-psychoactive option to boost your studying. That’s because ACDC has a 20:1 CBD to THC ratio, often testing as high as 24% CBD, while never exceeding 6% of THC. This hybrid strain is adored for its ability to increase productivity without intoxication. It’s popular among many medical cannabis patients with diverse conditions in order to stay medicated and active throughout the day.

For many, Lemon Haze is their go-to strain for concentration. This upbeat sativa-dominant strain actually smells like lemon peel and provides a fresh, focused buzz to accompany its sharp taste. What’s more, many related “Haze” varieties, like Super Lemon Haze and Silver Haze, are also popular strains to study. So if your choices are more limited, you can’t go wrong looking for any “Haze” strain to help you focus.

A list of the best strains for studying would not be complete without Green Crack. This sativa dominant strain was named Green Crack for its unparalleled invigorating effects. It’s typically pretty potent, testing around 20% THC, but if you’re looking for a serious boost to your focus and productivity, Green Crack is sure to provide.

Tangie is a sativa-dominant strain popular for its uplifting effects and sweet tangerine aroma and flavor. The high is energizing and upbeat, which helps many fans of this citrusy flower stay alert and focused. Plus, a great list of strains for studying wouldn’t be complete without also mentioning Tangilope, a cross between Tangie and Chocolope. Tangilope is awesomely energizing and tastes like a chocolate covered orange. You really can’t go wrong with any of the three strains.

This sativa-dominant strain is hailed for its incredible chocolate-taste. Chocolope is the perfect wake and bake strain because the amazing flavor pairs excellently with a cup of coffee. The clear-headed high of Chocolope helps keep people motivated for hours, probably due to its high-THC content. It’s not only one of the best strains for studying, but many swear by Chocolope’s euphoric and energizing effects to help cope with depression and stress as well.

Electric Lemon G has a sweet, citrusy, lemon scent and tastes very similar. This sativa dominant strain is popular for daytime use because of its bright, upbeat effects, also making it a great strain to get work done. People swear by its motivating effects and lack of fogginess, making it one of the best strains for studying.

Although most of the strains for studying on this list are THC-rich sativa-dominant plants, we also decided to include some CBD-rich strains for those sensitive to THC. It’s not uncommon for high-THC plants to increase feelings of anxiety and paranoia. Although Harlequin is a sativa-dominant plant, it’s CBD:THC ratio of 5:2 gives it a very mellow buzz that’s great to stay focused without increasing stress. 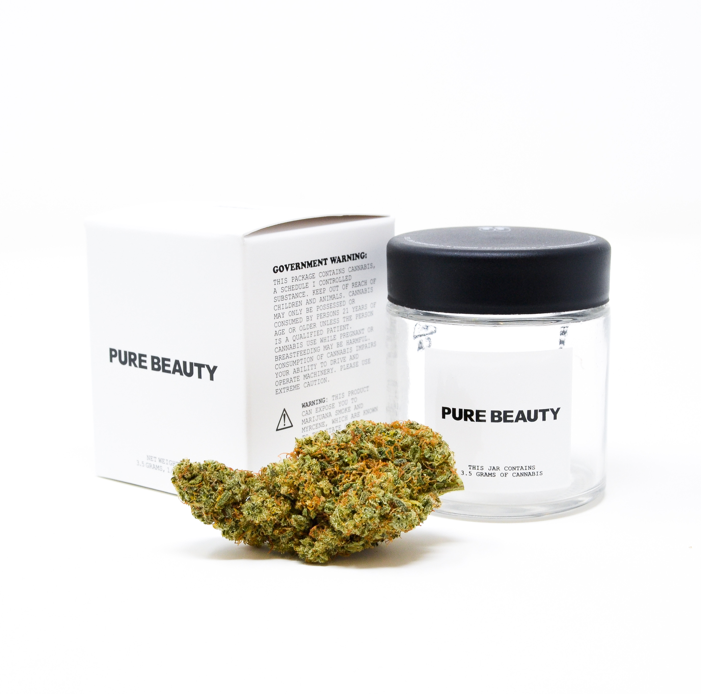 Jack Herer is a classic sativa strain and the “wake and bake” bud of choice for stoners around the world. It provides a stimulating and creative cerebral effect with a mild body high, to keep you focused and calm. Jack Herer was named after the famous cannabis activist who is also the author of The Emperor Wears No Clothes. This bud smells spicy and piney, probably because of its high levels of pinene and limonene.

For the best Jack Herer buds out there, look no further than this product from Humboldt Farms. Truly premium cannabis grown in the best place in California. 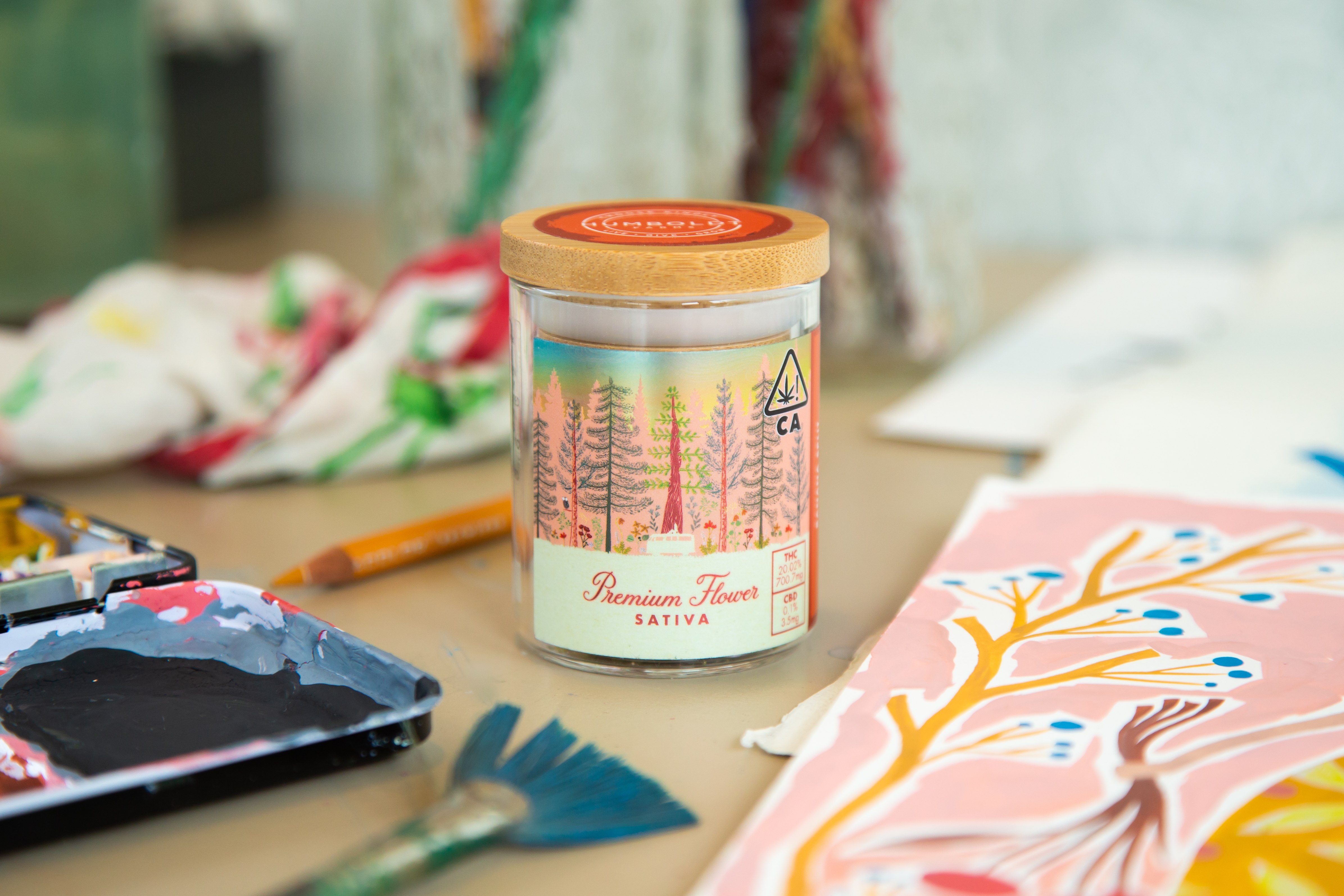 Get 20% off premium weed and discover the latest products, news, and deals in cannabis.
best ofCBGfocushigh CBDlow THCstrainsstudystudyingterpenes
December 10, 2020 — Last Updated February 15, 2021
Written by Michelle Janikian
Save for later
Start saving articles by clicking the heart icon and you'll find them again in your profile page. 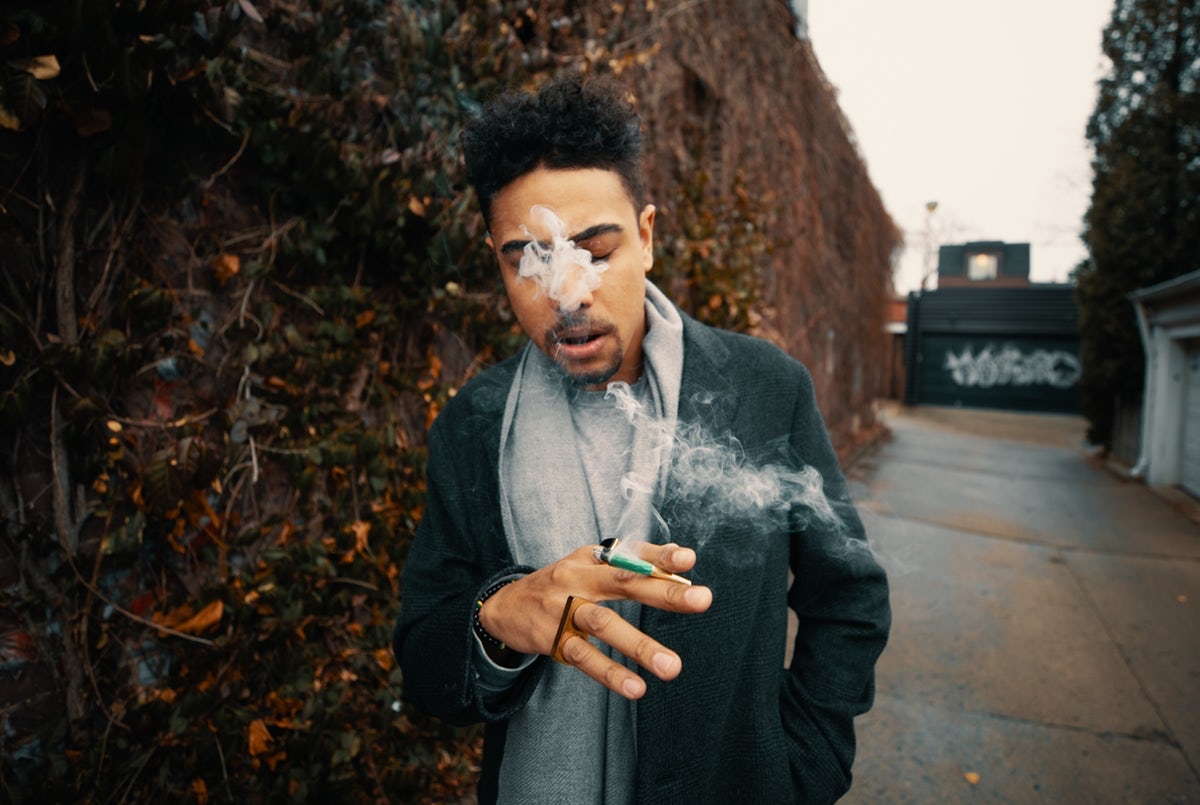 The Perfect Setup For The Stylish Smoker

A guide for the fashionable stoner. 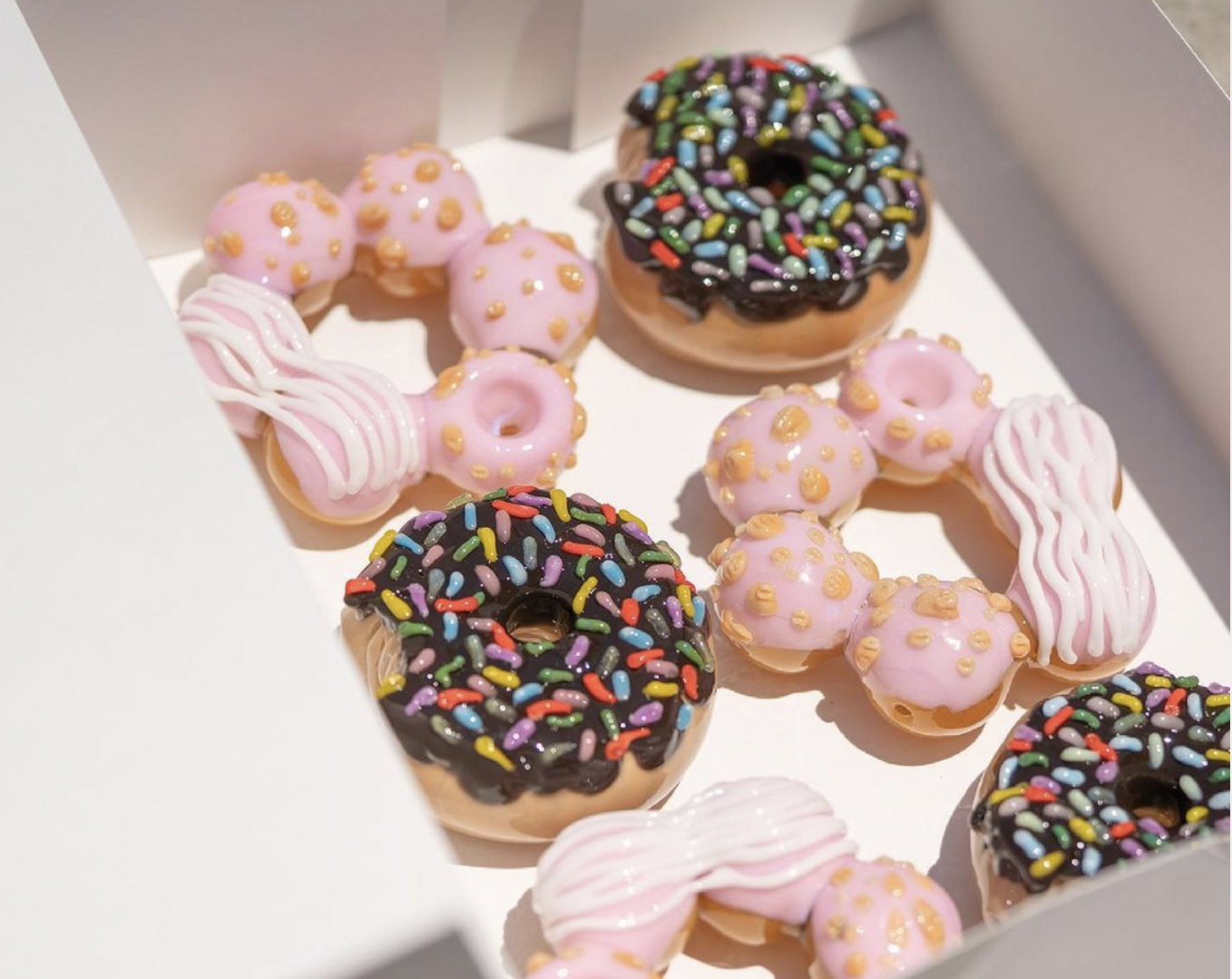 Our Favorite Pipes From Empire Glassworks

Wanna add some style to your stash? Check out these masterpieces. 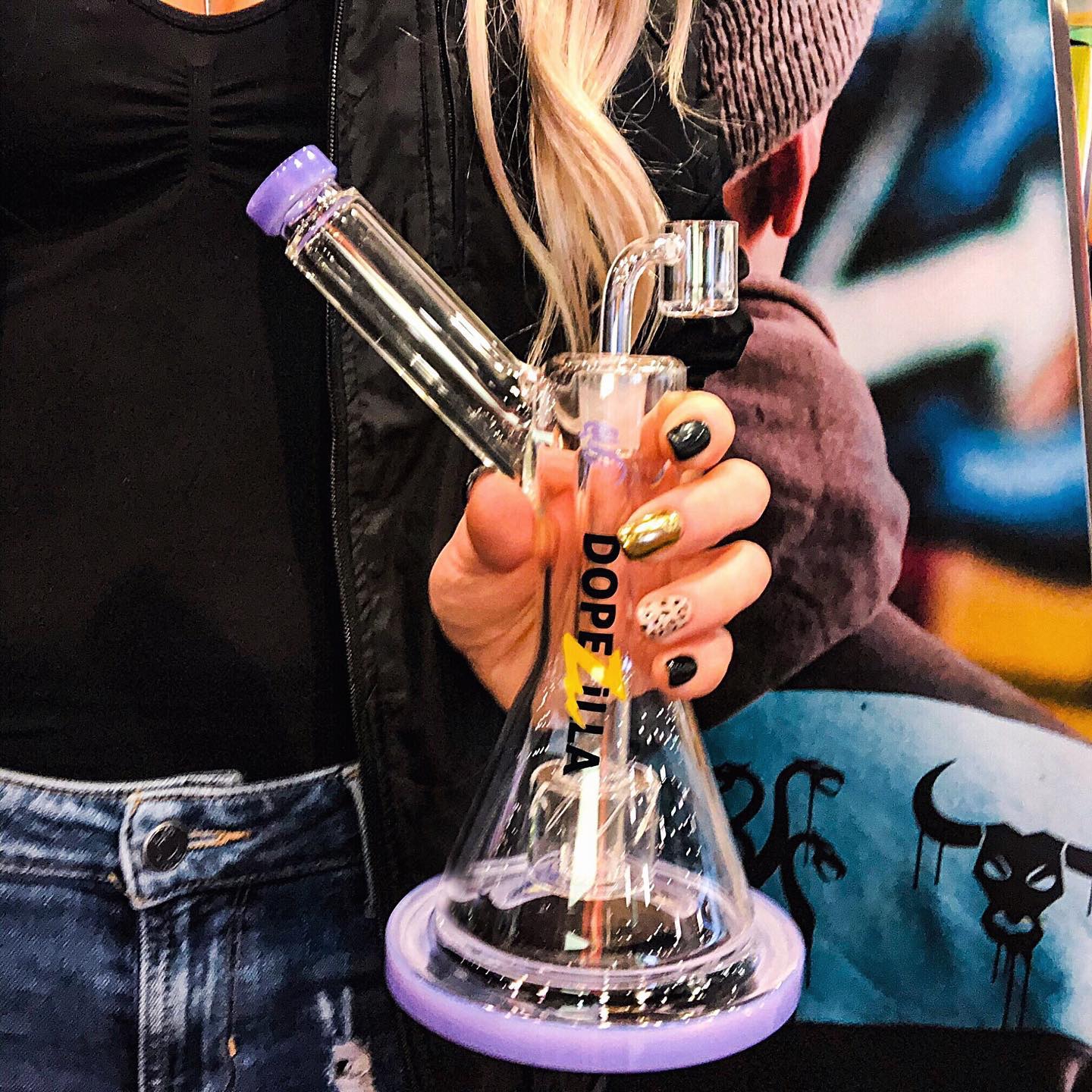 Here are five Dopezilla bongs you should check out.