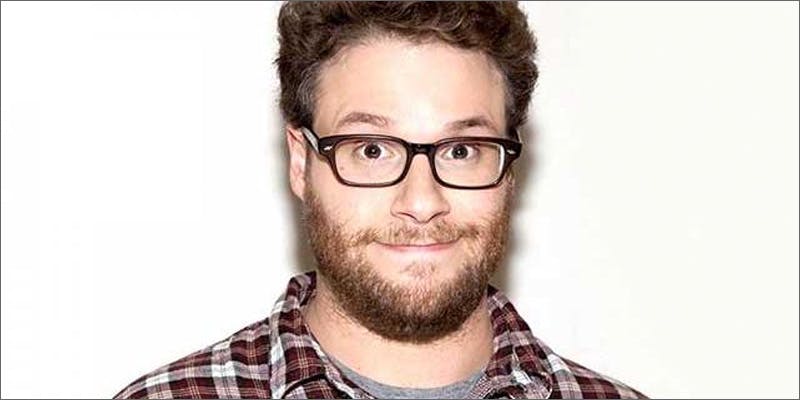 Did Seth Rogen Get High To Play Steve Wozniak in Steve Jobs Movie?

Does Seth Rogan, who plays Steve Wozniak in the new Steve Jobs movie get high on the job? He seems to get high mostly all of the other time.

Does Seth Rogan, who plays Steve Wozniak in the new Steve Jobs movie get high on the job? He seems to get high mostly all of the other time. Especially given the fact that most of his other roles involve a stoner character. In a phone interview on the Howard Stern show, Seth Rogan admits everything about his marijuana use on and off the set.

Wozniak is just too hard to play stoned

Seth Rogan says in his interview with Stern that in fact he did not get high to play Wozniak in the Steve Jobs movie. Although Rogan admits to being high on almost every other set he’s worked on, he says that Wozniak was just too hard to play stoned.

Rogan says that the amount of dialogue that Wozniak has is immense, and his real fear was “being dragged into a corner by Danny Boyle”. This was the ultimate thing that stopped Rogan from getting high on the set – his fear of people being “all like… are you fucking high right now?”.

When answering the question of whether or not he was high on set, Rogan admits that this was the first time that he hadn’t been high “the majority of the time”.

But he was high for the phone call

Rogan does admit, however, that he’s high when he phones in to the Howard Stern show. Stern asks Rogan just about the minute he answers the phone,

“Just tell me something—and be honest because you always are: Are you high right now?”

Naturally, Rogan admits that he is a little bit stoned.

Stern is so amazed that Rogan is about to go on live TV having just hit his little one hitter contraption. Rogan admits its somewhat like having a superpower or something. But nonetheless, Rogan doesn’t have the confidence to act out Steve Wozniak while he’s high!

When Wozniak saw the movie, according to Stern, he said that watching Rogan was like watching himself. He was so impressed by Rogan’s performance, that maybe it was a better idea that Rogan decided not to get high on the job!