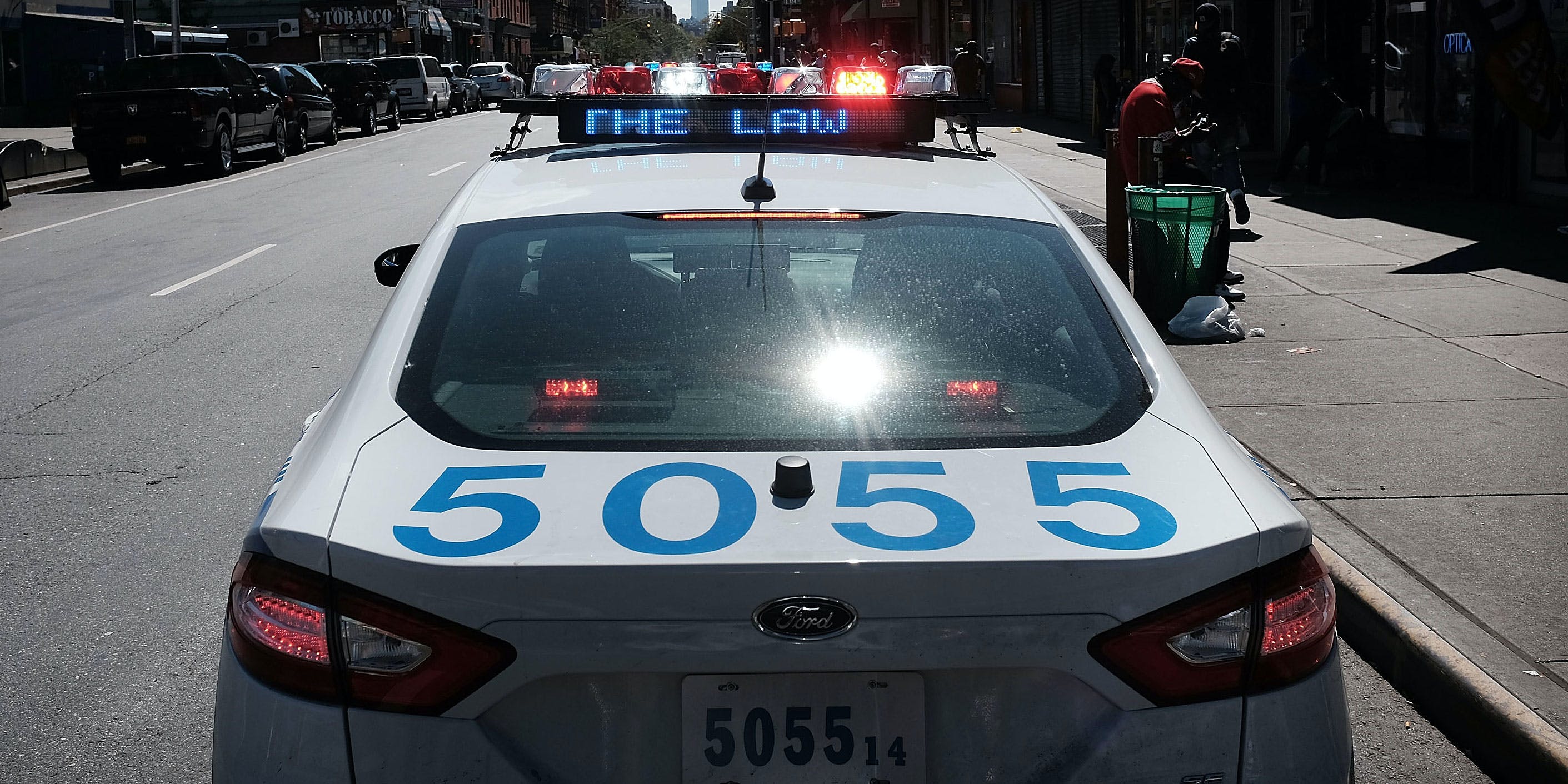 NEW YORK, NY – AUGUST 28: A police car is viewed in an area where people smoke K2 or ‘Spice’, a synthetic marijuana drug in East Harlem on August 28, 2015 in New York City. (Photo by Spencer Platt/Getty Images)

The hood of an NYPD squad car might not be the best place to film yourself weighing weed.

The New York Police Department is mad after watching a much-circulated video of two men weighing their cannabis on an NYPD squad car in Brooklyn. In the video, the table-like function of the NYPD squad car appeared to conveniently allow one of the men to perform an illegal cannabis sale.

The video, which was posted to the Instagram account “NewYorkCityUncut” last Friday, shows one man scaling up an eighth of an ounce of cannabis on the back of the NYPD squad car, which he appears to be selling to the man taking the video.

One high-ranking NYPD officer responded to the video in an article by the New York Daily News, saying “The department has to step up now. They’re selling drugs on the back of a police car!” The officer also called the video “an all-time low.”

The police also suggested that the video is an example of the disrespect they regularly face on the job.

But other videos have circulated in recent days of police officers being ridiculed by citizens. And one, in particular, gives a more nuanced illustration of the relationship between many New Yorkers and their police force.

In this video, a man can be heard yelling expletives at a police officer at a police station. The officer in the video, Sgt. Freddy Lopez, responded by suggesting he would arrest the man for taking a video, which he alleged was a crime.

In New York, it is legal for citizens to film police officers in public areas, which includes federal and state-owned buildings. And nothing about the yelling man’s Instagram, @trippy_nyc, suggests he ended up getting arrested. But what appeared on “Trippy’s” Instagram next—a screenshotted article about Lopez in the New York Post—seemed to offer a small example as to why so many New Yorkers, like Trippy, don’t respect their police force.

Meanwhile, the man who was given credit for taking the video of weighing cannabis on a police car, David Jimenez Jr., told New York Daily News that his video wasn’t intended to disrespect anyone. Rather, Jimenez Jr. said that he appreciates “everything the NYPD does for the good of the community.” According to Jimenez, he was simply trying to alleviate the tension that many had felt in the park following a murder “a few days prior.” The video was taken near a playground on Knickerbocker Ave. in Brooklyn.

He also claimed that since cannabis is decriminalized in New York, and no money was exchanged in the video (which would indicate a sale being made), there was no evidence of illegal activity.

The NYPD claims that they are currently investigating the matter.