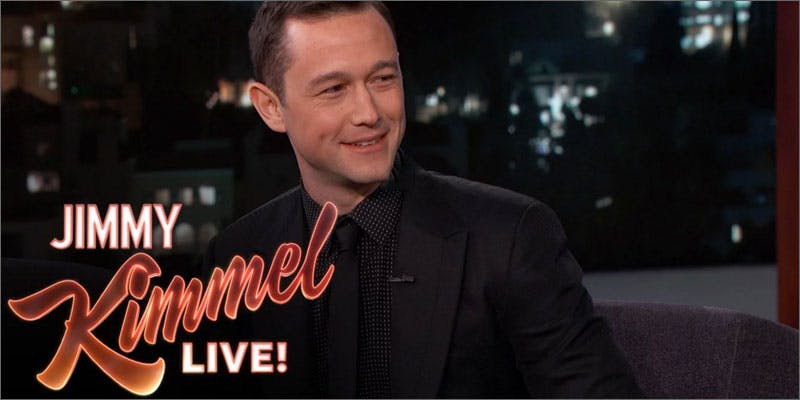 Joseph Gordon-Levitt appears on the Jimmy Kimmel show to give some smoking advice which he got from Seth Rogan on the set of their latest film together.

Joseph Gordon-Levitt appears on the Jimmy Kimmel show to give some smoking advice that he got from smoking with Seth Rogan on the set of their latest film together. Joseph talks about how showing up on the cast last minute meant he needed a few minutes to catch up with the team´s smoking habits!

He says it was only an hour or a couple of hours into their meeting that they relocated to the roof to spark up a joint together. Jimmy Kimmel even entertains the idea that every business meeting with Seth Rogan is in a room full of smoke.

Wait until all the work is done!

So when Joseph Gordon-Levitt showed up to script readings for his film with Seth Rogan, he found that his team was eager to get smoking straight away. He commented that there was a joint being passed around basically all day every day.

But his choice was to pass up on the joint while the sun was out, and wait until a long day´s work was over before he started hitting it! And so Joseph Gordon-Levitt´s advice to the people is to smoke at the end of the day, when the day´s work is done!

Check out the interview