Now Reading:health | Researchers find that just one puff of cannabis can treat depression 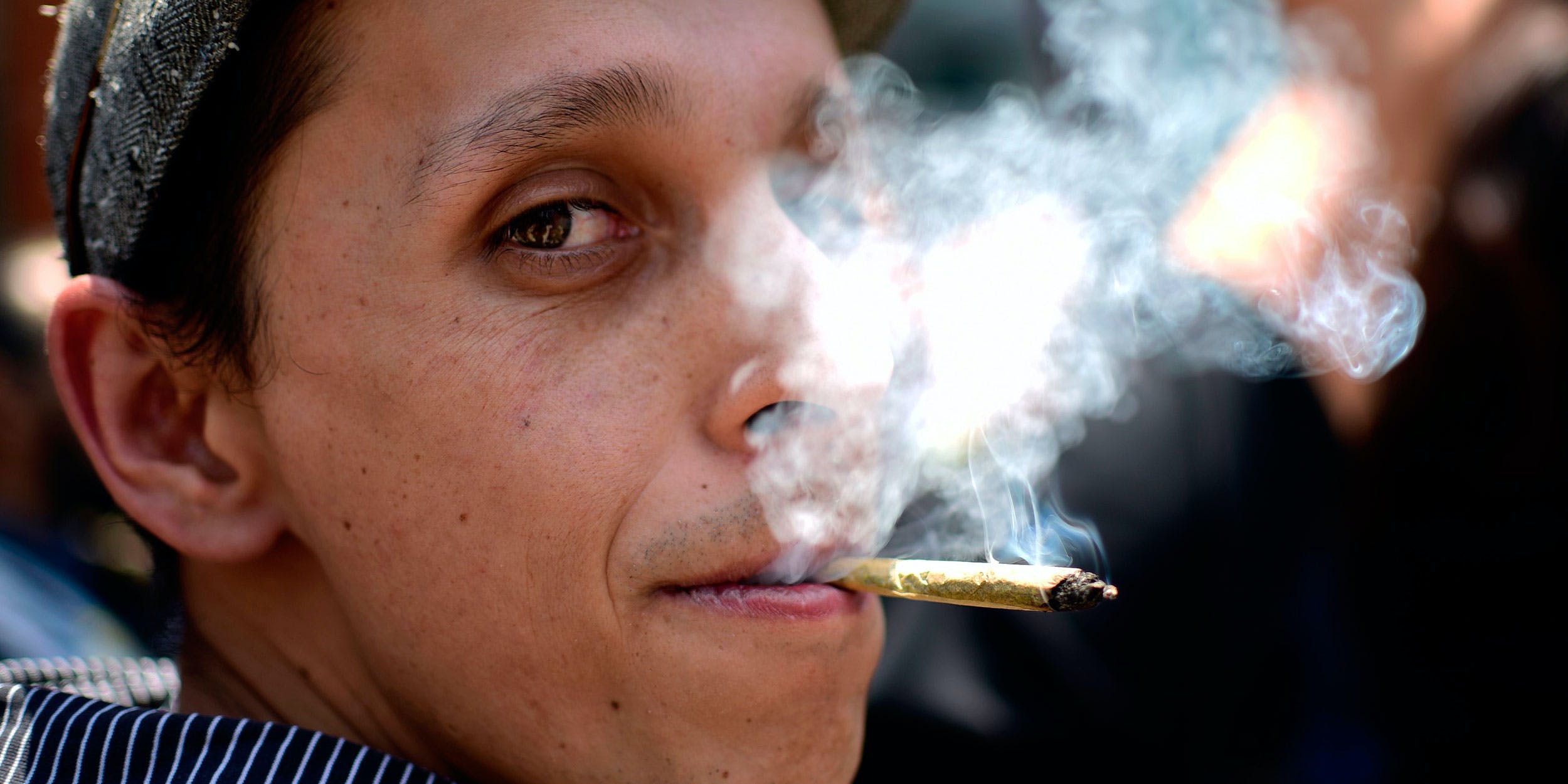 A man smokes marijuana during a demonstration in front of the Mexican Federal Commission for Protection against Health Risks (COFEPRIS) in Mexico City on April 20, 2018. – Mexican marijuana consumers marked the 4/20 (cannabis day) applying for growing their own marijuana plants, arguing the risk that implies buying to illegal traffickers. (Photo by Pedro PARDO/AFP/Getty Images)

Researchers find that just one puff of cannabis can treat depression

Researchers from Washington State University took a step closer to proving that cannabis could be an effective treatment for depression and anxiety.

Just one puff of cannabis may be enough to treat depression, according to a new study published in the Journal of Affective Disorders.

The study was conducted by a team of researchers from Washington State University, who investigated the self-reported aftermath of patients’ medical marijuana use on symptoms of depression, stress, and anxiety.

The researchers used data from the app Strainprint, which collects information about medical cannabis patients’ dosages, the types of cannabis they’re using, and the changes that occur in their experienced symptoms as a result of using cannabis. In all, they analyzed data from nearly 12,000 app sessions, inputted by patients who use medical marijuana to treat depression, anxiety or stress.

Medical marijuana patients reported on Strainsprint that their symptoms of depression were significantly reduced by just a single puff of medical marijuana, particularly when using strains that were high in cannabidiol (CBD) and low in tetrahydrocannabinol (THC).

The participants also reported that taking 10 puffs or more of high-CBD-high-THC marijuana was the most effective method for reducing stress. Two puffs of marijuana containing any ratio of THC and CBD was reportedly helpful in reducing anxiety as well.

Managing patients’ depression and anxiety is a growing priority for healthcare professionals. According to the National Institute of Mental Health (NIMH), nearly 20 percent of Americans (40 million adults) experience symptoms of an anxiety disorder, and roughly 16 million Americans are currently afflicted with depression.

Therefore, this recent study offers valuable insight into potential treatment options for adults experiencing some of the most common mental health conditions in the United States.

This is especially important given the lack of effective mainstream pharmaceutical drugs for depression, which often require patients to undergo long and stressful treatment processes. For example, selective serotonin reuptake inhibitors (SSRIs)—one of the most common mainstream treatments for depression—can take as long as four to eight weeks to begin taking effect. And in some cases, SSRI’s can even exacerbate patients’ depressive symptoms, or make them feel what some medical professionals call  “emotionally neutral.”

While mainstream treatments for depression like SSRIs undoubtedly work for some, the treatment process is long and daunting, especially compared to medical marijuana. The effects of medical marijuana are experienced almost immediately after consumption, and as the Washington State University researchers write, “Medical cannabis users perceived a 50% reduction in depression and a 58% reduction in anxiety and stress following cannabis use.”

This study’s methodology, which relied on patients to self-report their experiences with medical marijuana, also limited the accuracy of the researchers’ data. While these findings are a good start, more high-quality research will be necessary before any firm conclusions can be drawn. But if you are experiencing depression, at least according to the self-reported experiences of the medical marijuana patients involved in this study, one puff of medical marijuana is probably worth a try.