Find Out How CBD Oil Can Help You Quit Smoking Cigarettes

Discover how CBD can help you defeat your cravings. 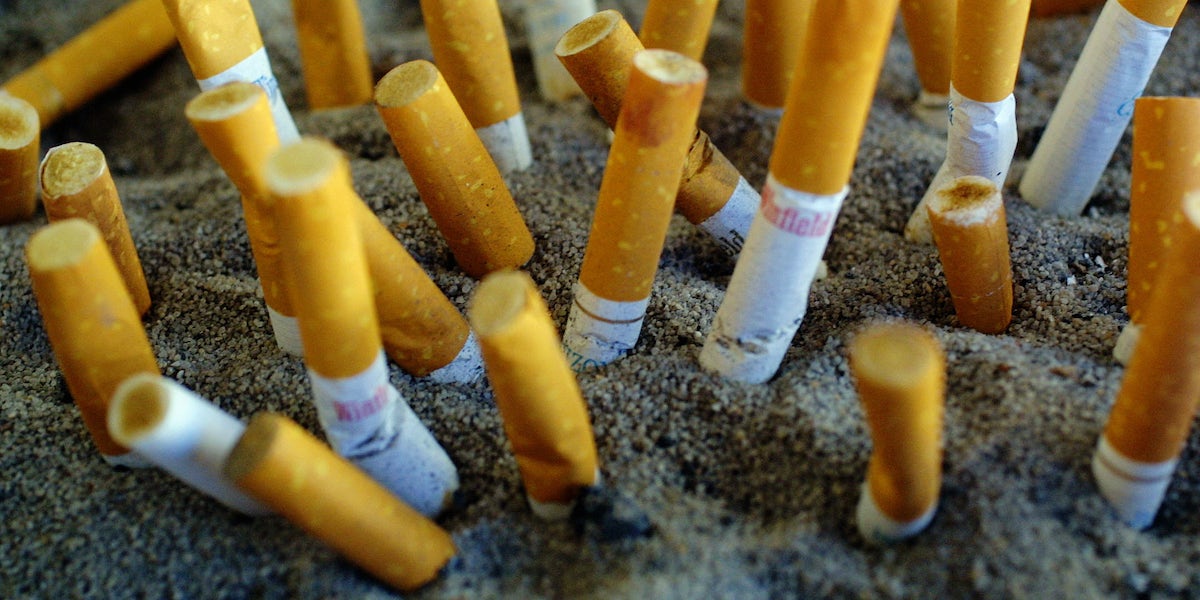 Chances are if you smoke cigarettes you’ve probably tried to quit multiple times. Nicotine is one of the most addictive substances in the world. In fact, the National Institute on Drug Abuse says that only six percent of consumers are able to quit in a given year. But, when nicotine patches and antidepressants don’t work, is there an alternative? Emerging science says that there may be another answer, and it’s CBD oil.

CBD oils, like Medix CBD, are becoming more popular than ever among cigarette smokers. Not only can they be added into your morning coffee or simply taken as a supplement, research suggests that the natural medicine may be able to help you break your nicotine habit.

How CBD Oil Can Help You Quit Smoking Cigarettes

The way CBD oil can help you defeat nicotine cravings may come as a surprise. The cannabis compound does a lot more than offer a healthier substitute for a cigarette. For one, CBD oil can engage some of the same cell receptors as antidepressant drugs, which are often used to treat nicotine addiction. This releases feel-good neurotransmitters that may cut cravings, like serotonin.

But, boosting mood is not the molecule’s most amazing feature. Believe it or not, the CBD found in high-quality oils like Medix CBD may actually change memories and associations that trigger tobacco cravings. Amazingly enough, memory can majorly impact addiction.

Most smokers have their triggers. Whether it’s pairing a cigarette with a morning cup of coffee or sneaking out for a few puffs when feelings of anxiety creep up at work, over time certain images, feelings, or habits become associated with the release of tobacco.

Unfortunately, the more that these habits are rewarded by the treat of a cigarette, the more that the two behaviors become connected in memory. Soon, when a person sees a cup of coffee or begins to feel the first signs of anxiety, these triggers transform into cigarette cravings.

In turn, the more that a person continues to reward these behaviors with tobacco, the more that the behavior becomes consolidated into memory. In this sense, tobacco addiction really is a vicious cycle of learned memories and reinforced behaviors.

It’s all about memory

Here’s where CBD oil steps into the story. While the evidence is still emerging, research suggests that the cannabis compound may help overwrite memories of learned, addictive behaviors. For example, a 2016 study published in Addiction Biology treated morphine-dependant rats with CBD.

The mice used in the study had been trained to associate the pleasure of morphine with a specific place. Every time the rats returned to that place and received morphine, the association between place and pleasure was reinforced in the rats. This period of reinforcement is called reconsolidation.

During the reconsolidation period, long-term memories are opened up to the possibility to change. For example, if something disrupts the rat’s pleasure of enjoying morphine at their favorite location, then their memory of that location changes. This change may hold the potential to reduce cravings at this particular place.

Amazingly, treating rats with CBD during the memory reconsolidation phase seemed to disrupt the process. When rats were given the compound after hanging out in their usual location, the rats appeared to forget their favorite spot. The cannabis compound seemed to dissociate the rats from their place of preference for getting their next dose.

Simply stated, CBD oil changed the memory. The rat’s drug use had been uncoupled from their trigger. The authors suggest that this quality may be able to reduce the risk of relapse when consumers try to shake their substance habits.

CBD may help with nicotine withdrawal

Even more amazingly, this effect has been evidenced in a handful pre-clinical studies regarding anxiety and substance-abuse disorders. When it comes to nicotine addiction, there’s even human evidence to suggest that CBD oil can inspire change and reduce the feelings of reward associated with cigarettes.

For example, a 2013 study published in Addictive Behaviors found that cigarette consumption dropped by 40 percent when participants were given a CBD inhaler. The study included 24 participants, 12 of which were given a placebo.

Another 2018 study published in Addiction provides the first human evidence that CBD may help you quit smoking cigarettes. Much like the rats in the study mentioned above, researchers tested the effects of CBD on nicotine-addicted patients who were shown a series of triggering images. Images included pictures of cigarettes compared with non-triggering images.

To really test the impact of CBD, the patients were shown these triggering pictures after they had abstained from smoking cigarettes for one day.  No doubt they were a cranky bunch.

Overall, the results were positive in favor of CBD oil. Patients given the cannabis compound were less likely to have a strong attention response to the images. This is a good indication that the images were less triggering,  which could potentially reduce moments when consumers might want to light up a cig.

Yet, inhalers and CBD pills dulled out by researchers aren’t the only way to access the craving-killing compound. Consumers across the United States can order products like Medix CBD gummies and oil drops online, giving them near-instant access to the memory-altering natural supplement. CBD gummies can be eaten throughout the day, much like popping a piece of nicotine gum.

Where to find high-quality CBD oil

Those hoping to cut cravings and try CBD may want to do some research. Not all CBD oil products are created equally, so finding a reliable brand that will ship to your region is recommended. One such brand is Medix CBD, which lab-tests every ingredient used in their oils and ships their products across the United States. Lab-testing these oils not only ensures that they are THC-free but also means that you can count on getting a high-quality product that actually contains the cannabinoid.

Medix CBD oils are manufactured in clean, modern facilities from hemp flowers grown in Kentucky. All oils, creams, and edibles are formulated using chemical-free recipes, meaning that consumers can rest assured that they are getting only high-quality cannabidiol from their products, not unnecessary or potentially harmful additives.

Thinking about cigarettes and craving cigarettes can take up a lot of valuable mental space. While the research is in its early stages, those hoping to finally kick an old habit to the curb may find the push they need in hemp CBD. After all, wouldn’t it be nice to think about something else while sipping on your cup of joe?