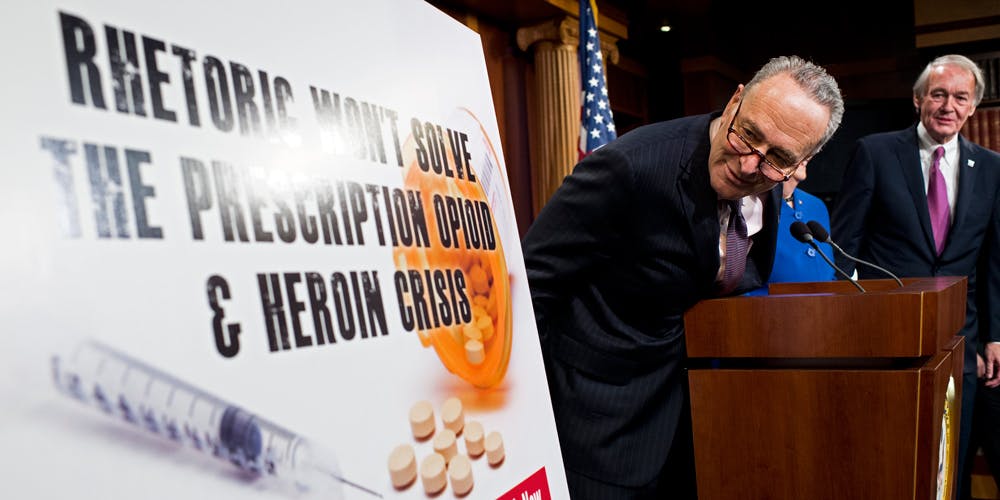 This is the most detailed examination of medical marijuana and opioid deaths conducted to date.

This study was published earlier this week by the RAND Corporation, a nonprofit institution for research and analysis. While other studies in recent years have found a similar correlation between medical marijuana laws and a reduction of opioid overdose deaths, RAND calls this latest study “the most-detailed examination of medical marijuana and opioid deaths conducted to date.”

RAND’s recent study found that, in this same period of time, the presence of dispensaries—compared to states with medical marijuana laws which didn’t translate into any tangible, easy access to marijuana—resulted in a 40% reduction in opioid overdose deaths.

“The main finding here is that dispensaries matter.” David Powell, an economist at the RAND Corporation and researcher for the study, tells Herb. “A medical marijuana law that doesn’t really think about the supply chain and how people are actually going to gain access to medical marijuana isn’t going to be quite as effective. And then we have this suggestive evidence that more lax laws that allow more access do seem to have more of an effect on reducing overdoses.”

But while marijuana proponents might be quick to count this latest study as a win, the researchers also found some conflicting data, which raise questions about the extent to which medical marijuana laws can help alleviate the opioid crisis.

Pacula says that some of these questions arose after the researchers looked into the Drug Enforcement Administration’s official data on the number of prescription drugs that drug distributors have supplied to pharmacies in different states. The goal here was to assess the impact of medical marijuana laws on the distribution of opioids. “If medical marijuana is reducing opioid consumption by patients, and that’s the mechanism by which they’re reducing opioid-related mortality, we should see a reduction in the distribution of opioids in those states as well.” Says Pacula. “But we don’t see it.”

In other words, the study found that, despite states with medical marijuana laws experiencing a reduction in opioid overdose deaths, they did not see a decrease in the total amount of prescription opioid medications sent by drug manufacturers into the state.

Still, as Powell tells me, “So that measure is the number of opioids sent to a state, it doesn’t really tell you much about prescriptions or how much of them are actually getting out to patients…it could very well be that there’s still a reduction in prescriptions anyways.” To find out whether access to medical marijuana actually reduces the number of opioids prescribed to patients, Pacula tells me they would need to asses a data set like New York’s prescription drug monitoring program, where “you have information on who’s getting the marijuana and who’s reducing their opioids—and if those are the same people.”

Another disconcerting finding in the study was that medical marijuana laws’ impact on opioid overdose deaths declined after the primary driver of the opioid crisis and related deaths became illicit opioids like heroin, rather than prescription opioids like Oxycontin and Percocet. “You can imagine that medical marijuana is a good substitute for prescription opioids, but it may be a less good substitute for people that would otherwise be using heroin.” Says Powell. “So, going forward, this transition of the opioid crisis does suggest that maybe these dispensaries are going to have less of a positive effect from now on.”

But this is just a hypothesis, says Powell. After all, this significant rise in heroin overdose deaths, which began around 2011, began to decline again in 2016. That same year, perspiration opioid overdose deaths, which had been consistently declining since 2011, began to rise again. This means that it’s also possible that the researchers were not able to study a long enough timeframe to establish reliable data.

“If I were to respond having not looked at any of the 2016 data, I would have said ‘yeah, forget it, we’ve missed the window in terms of helping the opioid crisis with medical marijuana’ because prescription drugs had been declining in terms of their involvement in opioid mortality relative to heroin and fentanyl.” Says Pacula. “Now, with the release of the 2016 data, I don’t know.” In many ways, Pacula says, this paper opens many more questions than it resolves.

According to Pacula, it’s important to be cautious about the conclusions one draws from these early evaluations. RAND’s study, like other recent research, establishes a correlation, rather than causation, between marijuana access and a reduction in opioid overdose deaths. More research is needed before any firm conclusions can be drawn about cannabis’ potential to directly mitigate opioid mortality. So far, though, the evidence is in marijuana’s favor.