People Are Being Arrested For Driving High, Even Though They’ve Never Smoked Weed

Police Officers are arresting people for high driving based on nothing more than a “hunch”. 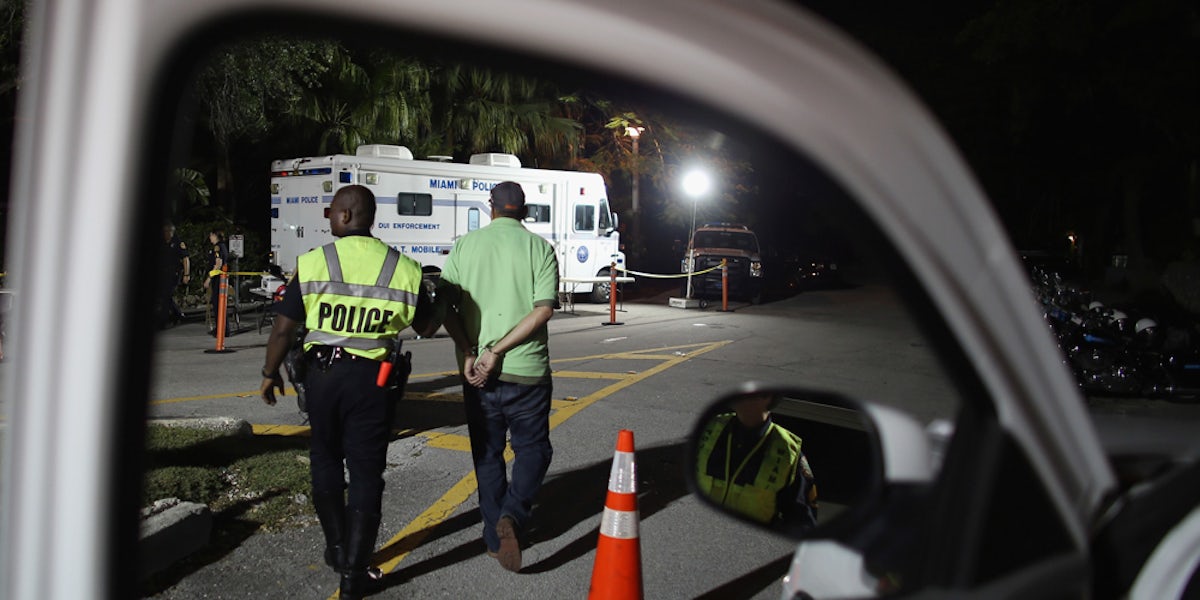 Katelyn Ebner was driving home from a long shift at the restaurant where she works in Georgia, when she saw it—probably the last thing you want to see on your way home from work—a flash of red and blue lights in the rearview mirror. She was greeted at the window by one of Cobb County Police Department’s “certified drug recognition expert,” Tracy Carroll. According to Carroll, she had been pulled over for “failing to maintain lane.” In his mind, the probable cause was intoxication—specifically, from marijuana.

Ebner insisted she had not smoked, and was in fact, just trying to drive home from work. But after nearly 30 minutes of interrogation and informal, roadside sobriety testing, Carroll decided to follow his “hunch.” Ebner even offered to take an actual drug test—one that would find out whether she had cannabis in her bloodstream. He didn’t have or need to administer, an actual drug test, he told Ebner: he had a hunch. She would have plenty of time for formal drug testing once she was behind bars.

Multiple People Arrested for Driving High With No Evidence

As it turns out, after taking an actual blood test, Ebner was not high. In fact, as far as the drug test showed, she didn’t even use marijuana. Neither did Princess Mbamara and Ayokunle Oriyomi, who was also arrested by the Cobb County Police Department based on a “hunch” of marijuana use. 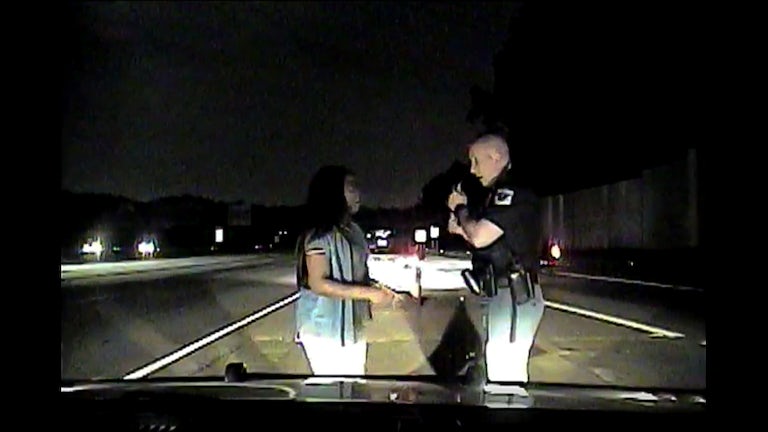 The American Civil Liberties Union of Georgia has since filed a lawsuit against the Cobb County Police Department on behalf of the three plaintiffs, Ebner, Mbamara, and Oriyomi. According to the lawsuit, these actions are in direct violation of Americans’ Fourth Amendment rights to be “secure in their persons, houses, papers, and effects, unreasonable searches, and seizures shall not be violated…”

It’s hard to wrap one’s head around the level of personal violation perpetrated against these three plaintiffs by Officer Carroll. All three individuals were arrested based on speculation, put behind bars, then forced to take blood tests. The whole procedure is more reminiscent of the draconian drug laws of countries like South Korea than what would be expected in “the land of the free.” Furthermore, “All three plaintiffs now have public arrest records that they will have to explain to schools, landlords, and employers for the rest of their lives,” the lawsuit said, according to the Washington Post.

Vetting people who drive under the influence of marijuana can be a tricky task. The lack of standardized procedures in testing for impaired driving due to marijuana consumption has largely resulted in confusion and disagreement within law enforcement circles. Last year in Canada, for example, a driver who had admitted to smoking marijuana before driving was let off, after the Judge said “I am satisfied that he consumed marijuana…But I am not satisfied beyond a reasonable doubt that his ability to drive was impaired.” But this lack of standardization can also result in abuses of power.

“Defendant Carroll did not perform the 12-Step DRE Protocol that was ostensibly created for the purpose of detecting whether someone has been driving under the influence of drugs. Instead, he performed a watered-down version of the test” According to the lawsuit. But neither was Carroll reproached by the Copp County Police Department for his actions.

If the ACLU successfully wins the lawsuit on behalf of the three plaintiffs, they will be awarded financial compensation for Carroll’s unlawful arrests. But it’s equally important to ensure the ambiguity of laws addressing drivers under the influence of marijuana do not result in future abuses of power. Otherwise, we’ll see a continuation of the “war on drugs” horror story: marijuana being used as an excuse to put innocent people behind bars—this time, regardless of whether or not they even used it.

Enjoy the latest and greatest from Herb, enter your email below to get exciting cannabis updates delivered to your inbox.
November 02, 2017 — Last Updated December 20, 2019
Written by Rob Hoffman