The Best THCV Vape Cartridges On The Market

Get to know the rising cannabinoid THCV and some of the best-tasting cartridges to try it out. 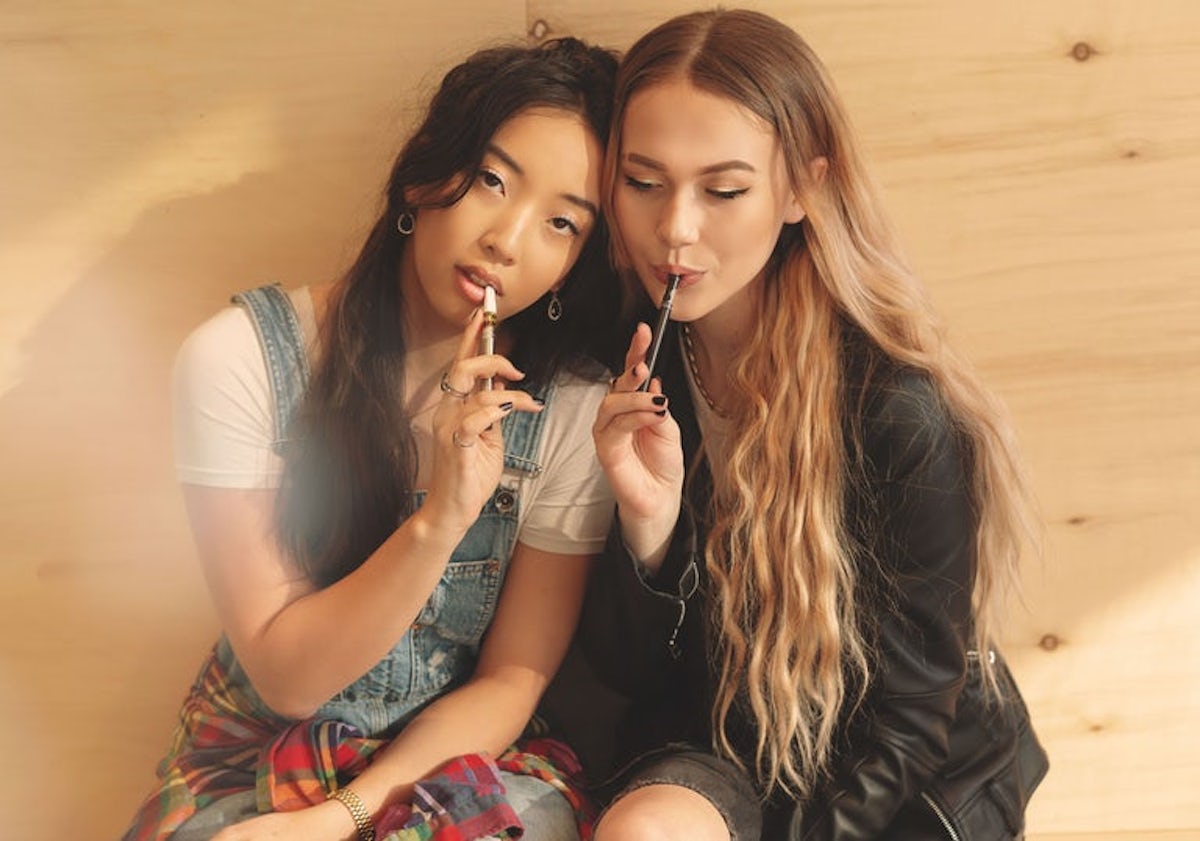 If you’ve watched any stoner movie in existence, you know that weed is associated with the munchies. Whether it was pizza for those terpene-seeking stoner turtles, Funyuns for that poor horse-killing bastard from Half-Baked, or those little burgers that Harold and Kumar went through so much trouble to obtain, the munchies have become synonymous with cannabis, and rightfully so. This universal truth might not be ideal for those of us that want to shed some pounds.

In comes THCV on its white horse (possibly the angel version of that police horse), proclaiming that you can get high and not only avoid the munchies but have your appetite suppressed.

While the high of this cannabinoid might not be as intense as a typical THC-packed product, THCV is growing in popularity and is worth a try for anyone looking to preserve their diet while living the stoner lifestyle. 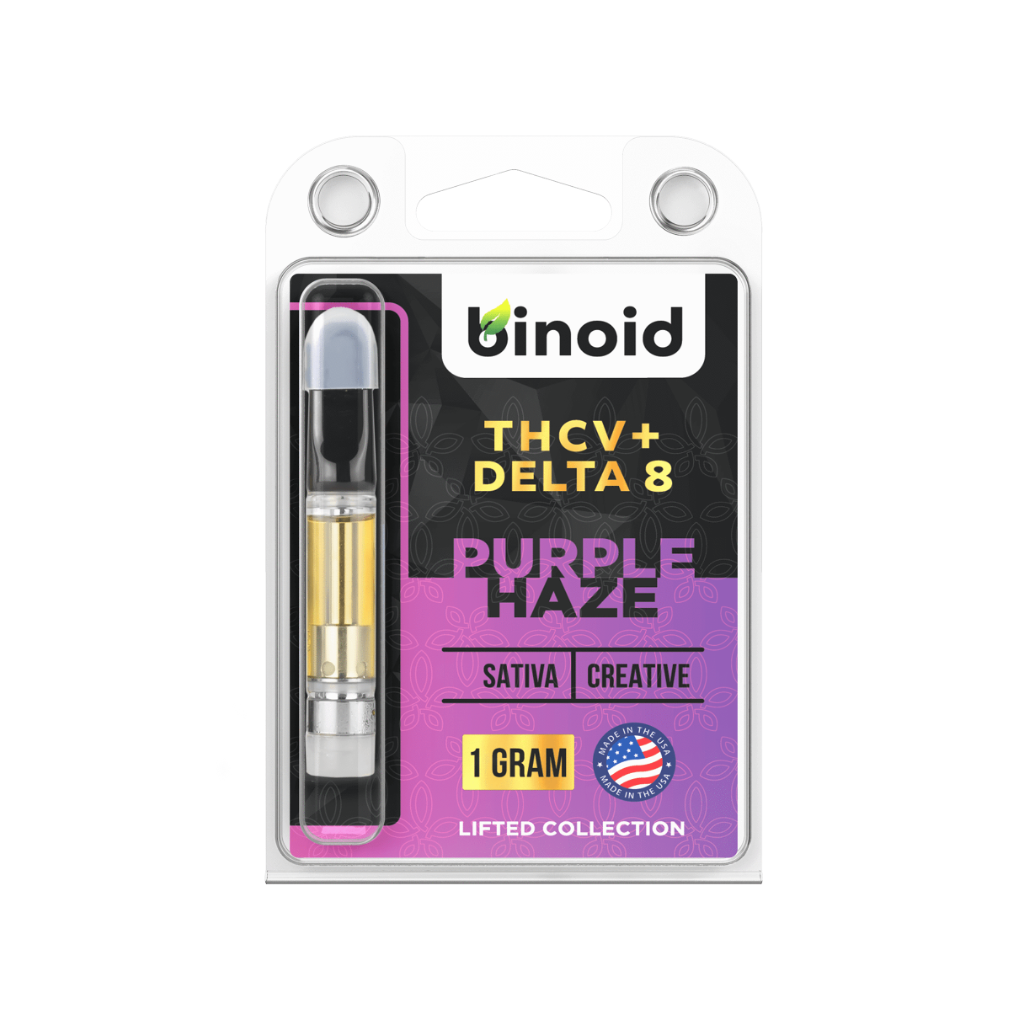 The folks at Binoid have been at the forefront of providing high-quality THCV products delivered discreetly to your door. Their THCV is merged with CBD to give you the nicest legal high available right now.

Purple Haze was the flavor I chose to try first, and the taste was fruity and wonderful. I have heard lots of good things about Candyland, and let’s be honest, Sour Tangie sounds amazing as well.

Check out Binoid for other compounds like THC-O, Delta 10 THC, and some of the best hemp-derived CBD out there. 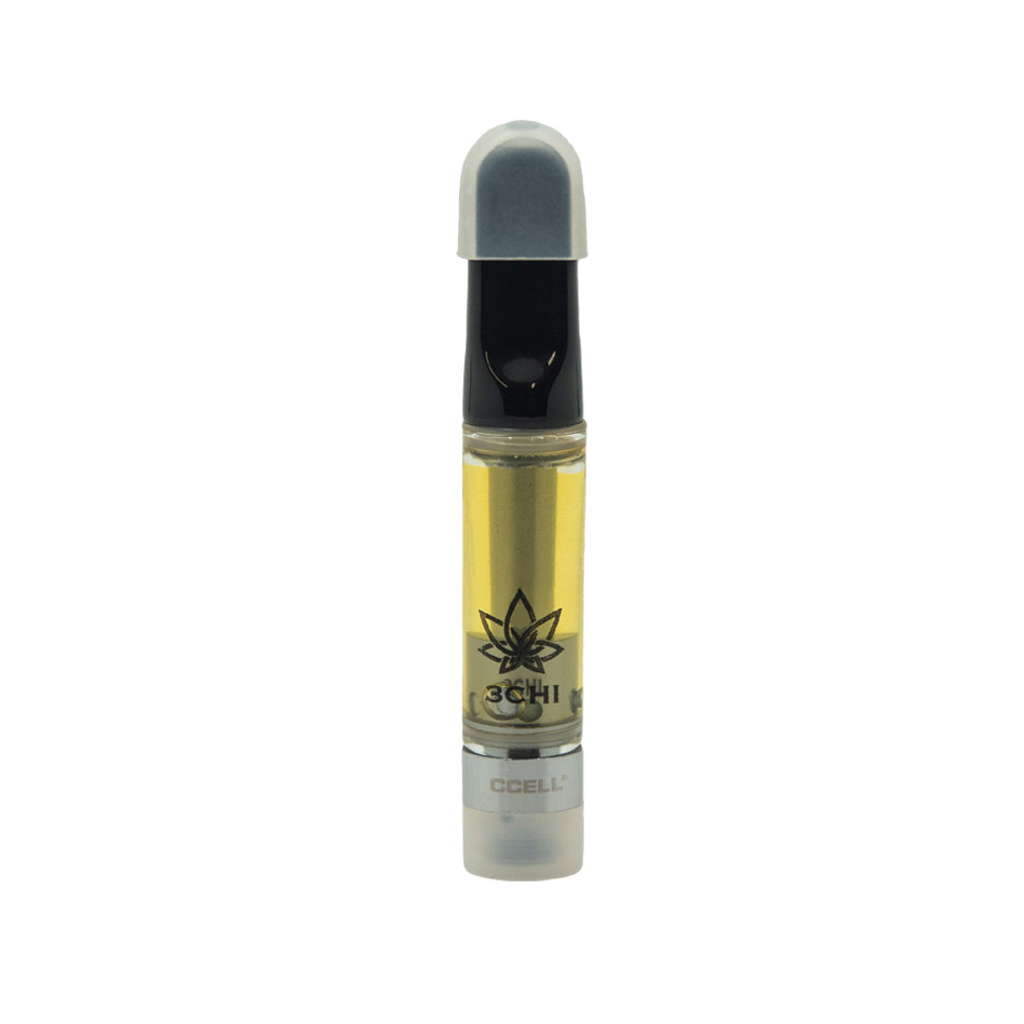 This broad-spectrum THCV vape cartridge contains natural, plant-derived terpenes that are blended with CBC, CBT, and CBD. The cartridge combines 75% Delta 8 with 10% THCV to balanced effects and a well-rounded high.

This 1 mL extract costs $40 and is offered in the strains Snowman and Blue Dream. 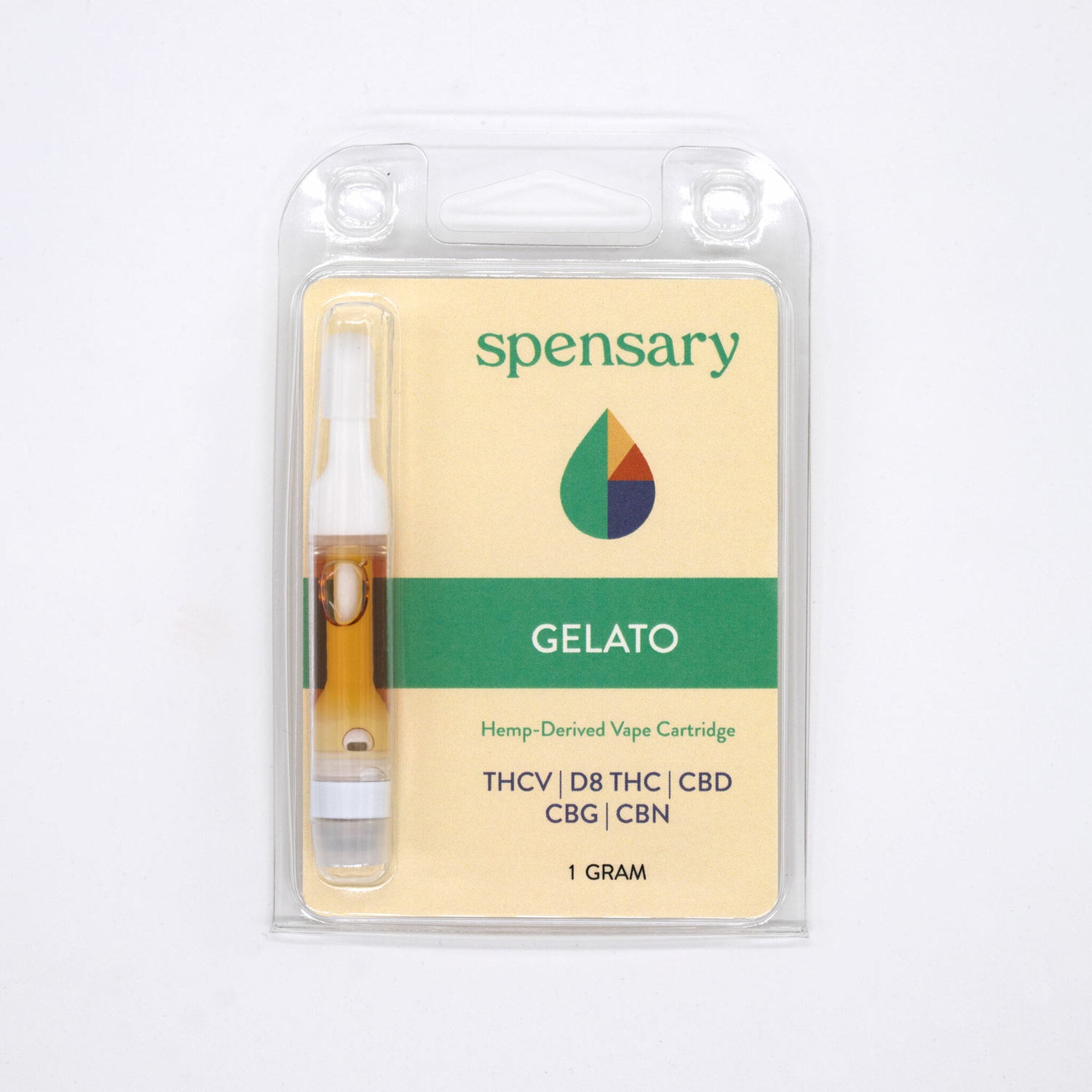 Spensary’s THCV cartridges utilize a proprietary blend of cannabinoids including THCV, Delta 8 THC, CBD, CBG, and CBN to create a balanced energy that increases focus and organizes the mind. With a slight energy stimulating effect and a mind clear, you can focus on work or fun, whichever you prefer. 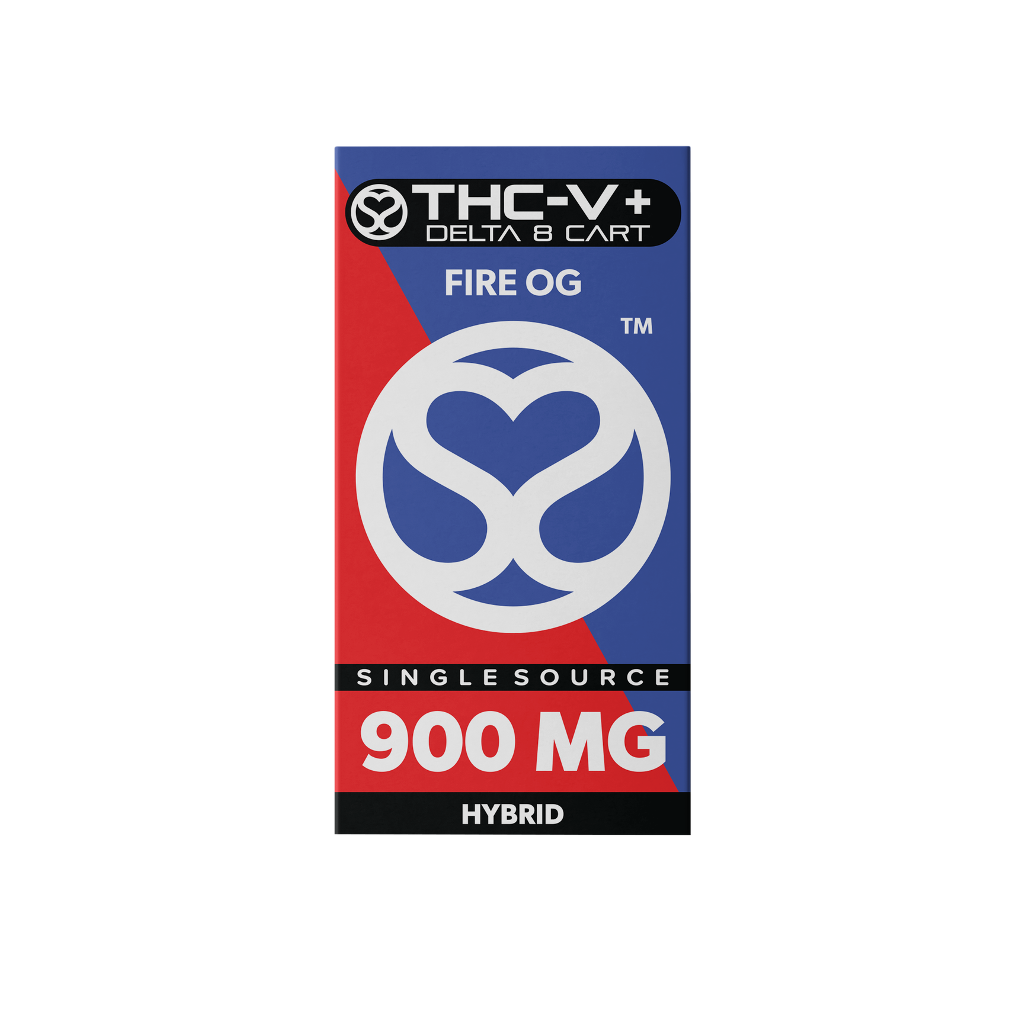 With 95% Delta 8 distillate and natural cannabis-derived terpenes and THCV, these carts from Single Source offer the best of both worlds: a smooth and relaxing experience while still staying alert and focused and true to strain flavors and effects.

A high-quality product from a trustworthy brand, this Single Source THCV vape cartridge delivers a smooth and reliable hit every time. With 14 strain-specific options that include sativa, indica, and hybrid strains, you’re sure to find the one that’s perfect for you. 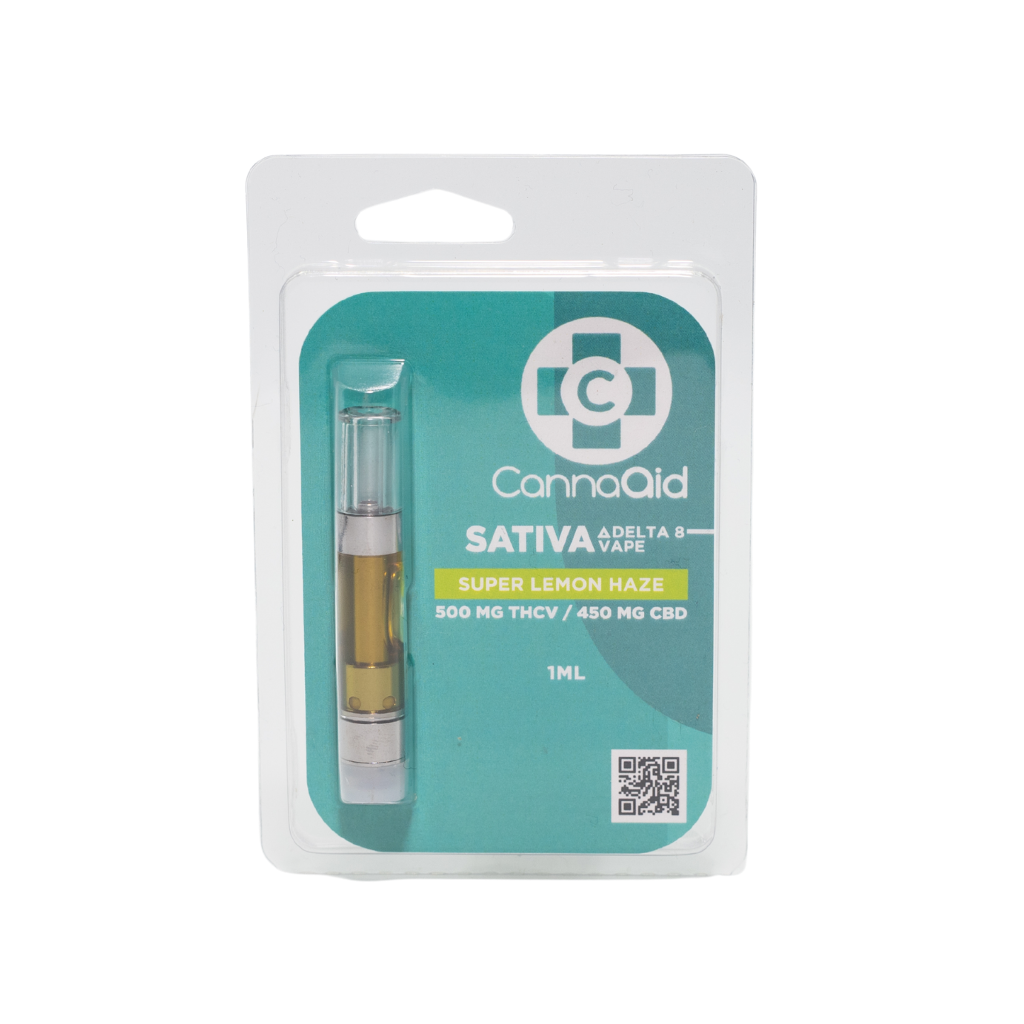 With 500 mg of THCV and 450 mg of CBD, Cannaaid THCV cartridges deliver just about a 1:1 ratio of THCV to CBD, delivering all the effects we’ve been discussing in the super tasty fan-favorite strain. Feeling calm and focused, this cartridge will be the pick-me-up you need to get through your busy day.

Tetrahydrocannabivarin (THCV) is a cannabinoid similar to its more popular cousins THC and CBD. Where it differs is the lineage of the compound. The well-known THC and CBD come from the same parent molecule called cannabigerol acid (CBGA). THCV, on the other hand, comes from cannabigerovarin acid (CBGVA) and contains fewer carbon atoms than the other popular cannabinoids.

Another difference with THCV is how it interacts with the body’s endocannabinoid system. Certain bodily functions, including appetite, are affected in the opposite way that we’re used to seeing with cannabis.

You’ll notice that THCV is usually marketed as a sativa due to the effects being so similar. We’ll discuss some of the sativa-esque effects that this compound provides users later on in the article. Let’s first discuss some of the benefits that are being examined about this rising cannabinoid.

Besides being an appetite suppressor, there have been a number of positive effects reported about this hemp-derived cannabinoid. In fact, it has been studied for its potential benefits with type 2 diabetes. Patients were given a 1:1 ratio of CBD to THCV and the study concluded that the combination of cannabinoids ‘decreased fasting plasma glucose and improved pancreatic function.’

Among the lesser-known benefits of THCV are enhanced memory function and better control over emotions. It has also been known to prevent motion sickness. Let’s go over some of the major benefits of this compound.

We’ve talked plenty about what might be the most surprising and appealing aspect of this cannabinoid, but let’s discuss how this occurs. In low doses, THCV suppresses the CB1 receptors in our endocannabinoid systems, which makes us feel less hungry. This is usually the case in smaller doses of THCV and will be quickly reversed if you plan on lighting up any THC-rich herb.

When you take your first hit, or dosage, of THCV you’ll notice the increase in energy and euphoria like you just puffed on a sativa. If you keep puffing, we’ve talked about how your appetite might eventually creep up, but trust and believe that your anxiety will not.

In high doses, THCV will bind to those same CB1 receptors mentioned earlier, which interact with your brain and cause the euphoric, worry-free high that might not last as long as you’re used to with THC, but is stronger than you might think.

When we think of cannabinoids with anticonvulsant properties, CBD might be the first one that comes to mind. However, THCV has been studied in rats and has been observed to engage the nervous system in a way that calms the brain and contributes to fewer seizures.

The main argument against the usage of THCV would probably be its lack of potency in comparison to THC. While you might have to smoke a little more, the effects of THCV are definitely felt and appreciated by those who choose to partake.

These effects produced by THCV often resemble those of strong sativa strains, including:

THCV is a great partner to CBD because the pair offers users a mildly euphoric high with relaxing effects on the body. Some CBD users who avoid THC might want to give this combination a try, considering THCV is legal as long as it contains less than .03% THC. 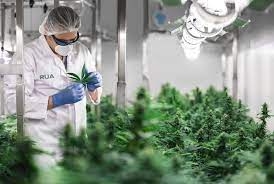 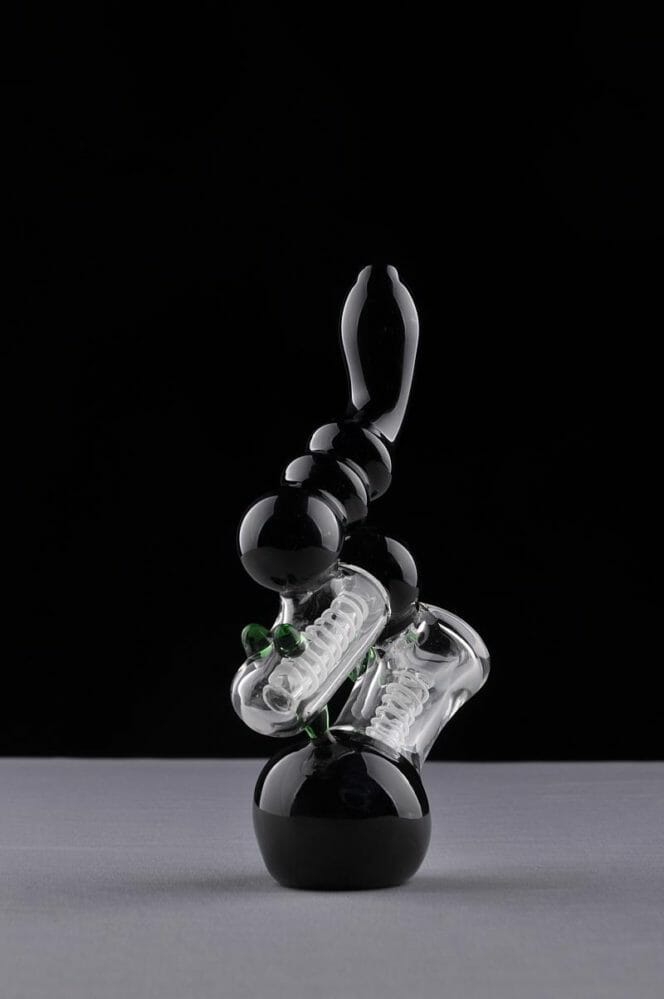 Make it easier for yourself and get weed delivered to your doorstep with these Palmdale-based delivery services.

Grab some needed water filtration with these unique bubblers.