Want to vape without the munchies? THCV disposables are the way to go. Here are the best ones out there. As its name suggests, THCV is similar to THC in molecular structure and psychoactive properties.

However, tetrahydrocannabivarin or THCV is a cannabis-derived compound with unique properties differentiating it from the more common cannabinoids.

As a curious fact, THCV has a boiling point of 428 °F (220 °C), so if you are a fan of vaporizers, you will have to increase the temperature more than with THC. 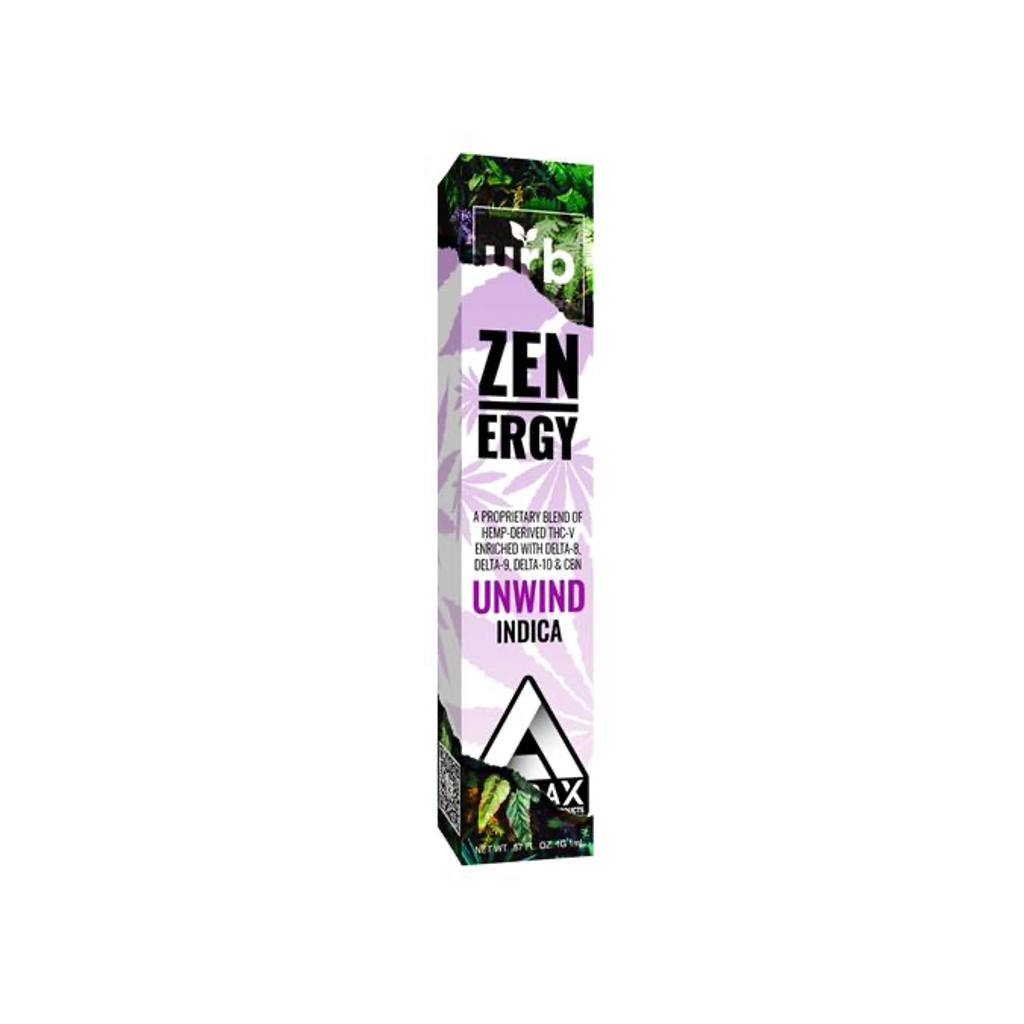 If your choice is indica, the disposable vape is called Unwind Premium THCV Disposable, a great blend that combines THCV, Delta 8 THC, Delta 9 THC, Delta 10 THC, and CBN, all hemp-derived and compliant.

This impressive combination of cannabinoids generates a different sensation. The terpene is Grape Ape. Its flavor leans towards tones of grape, berries, and a skunk type.

Its effects include feeling energized and ready to wind down. It is rechargeable and not refillable. 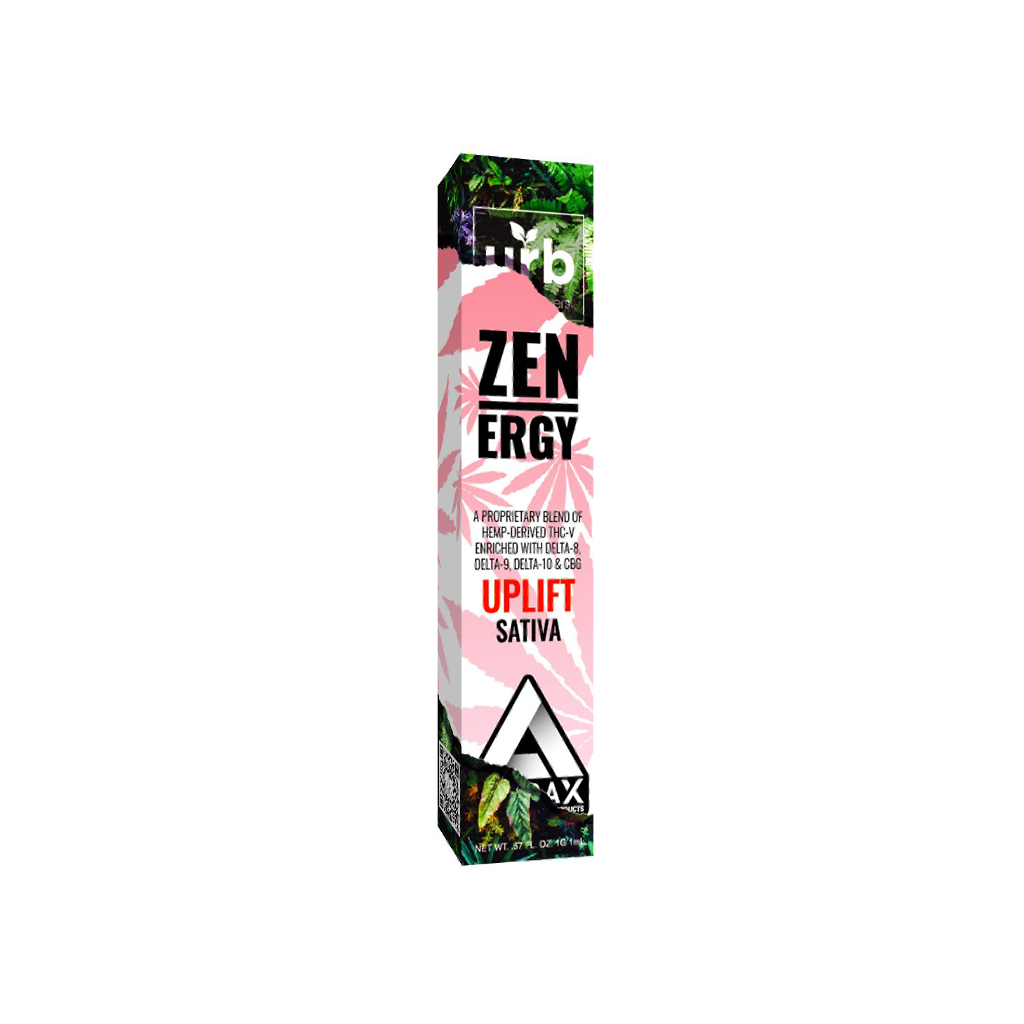 The flavor is fruity orange, citrus, and peach. Because of the combination of cannabinoids and its particular terpene Citrus Tango generates a unique sensation, like when you need that right headspace. It is rechargeable and not refillable. 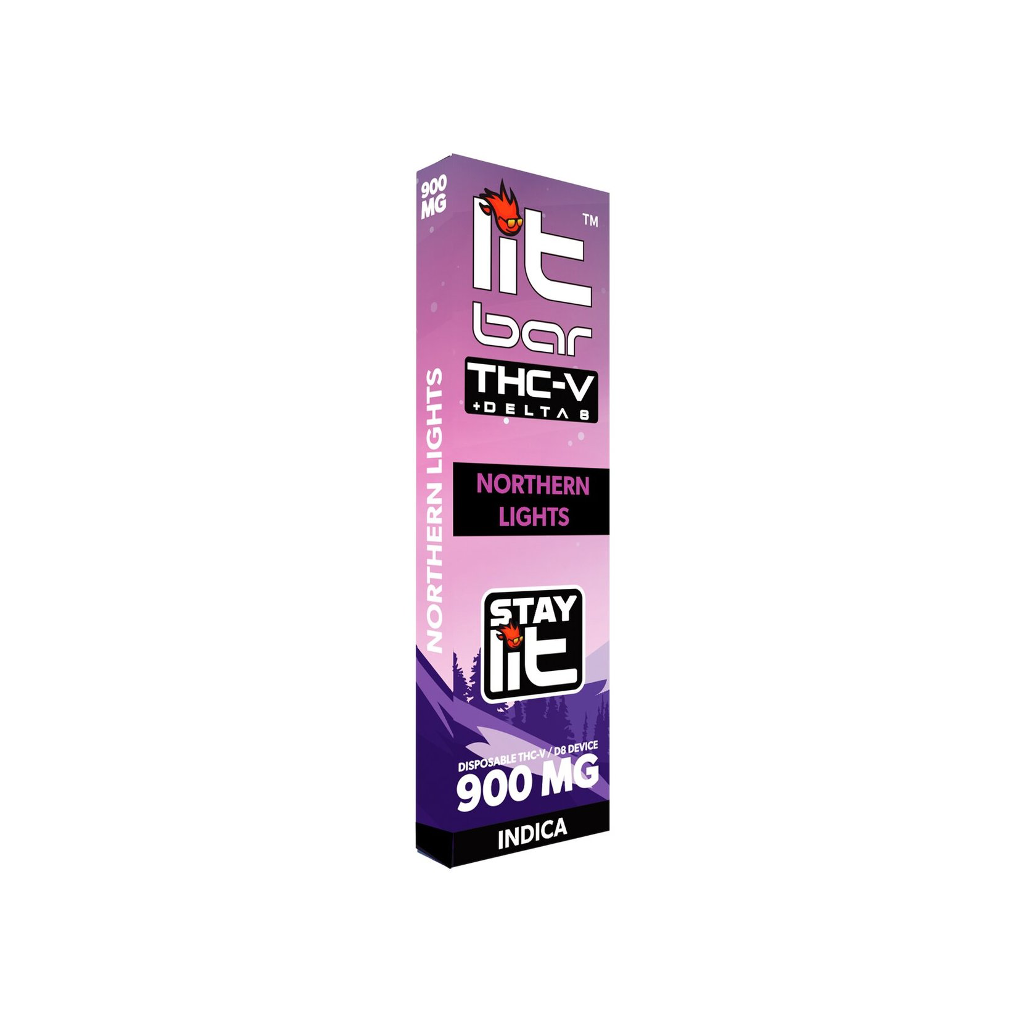 This disposable vape features the perfect combination of TCHV with Delta 8 THC. It is discreet, portable, and delicious.

It is offered in Runtz and Northern Lights.

In addition, it has a rechargeable battery that guarantees you will enjoy all of its contents to the fullest. 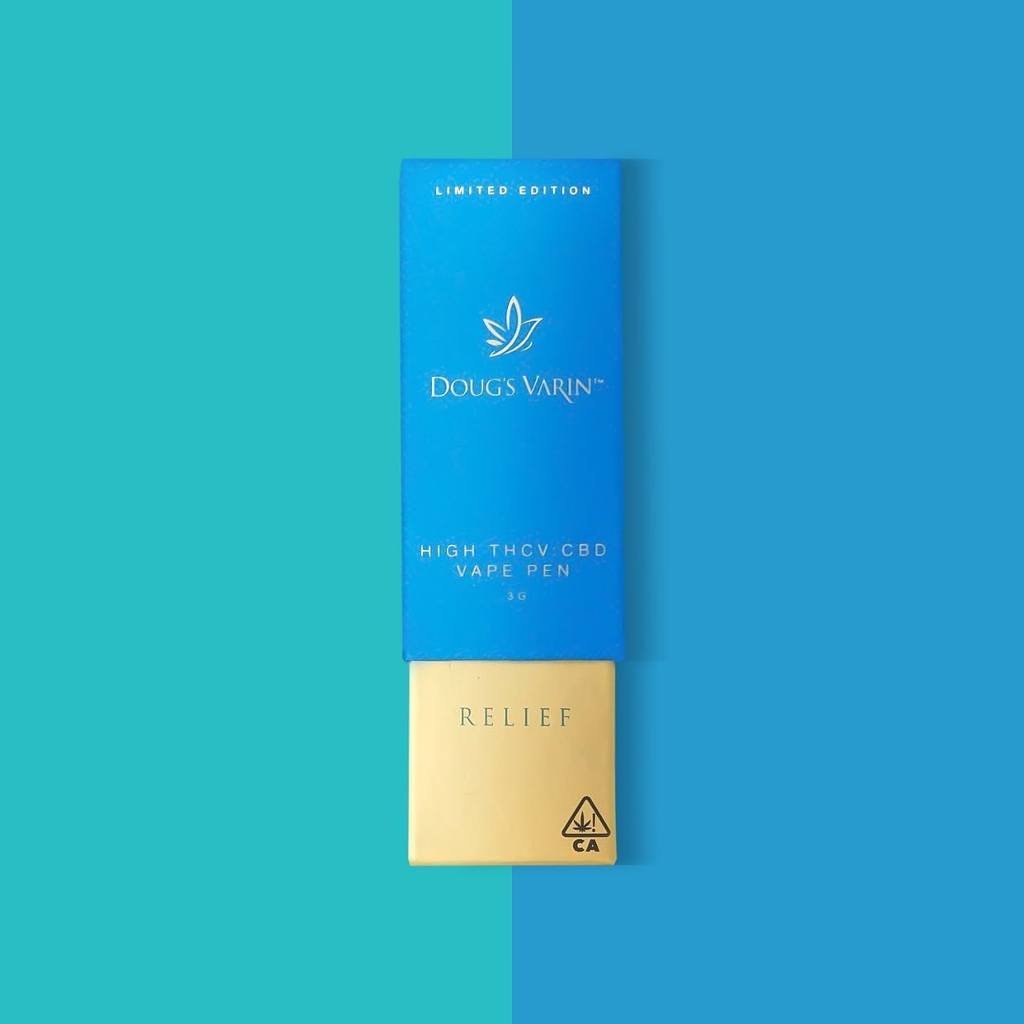 Doug’s Varin is an exotic and unique variety. Very rich in tetrahydrocannabivarin (THCV), which was unexpectedly discovered by Dougie’s Farm, hence the name.

This extract contains an incredible natural ratio of 1:1 CBD/THCV, which makes it exceptionally energizing but because of its high THCV content, it has a much less psychoactive and shorter effect.

This will guarantee you concentration and energy.

THCV, or tetrahydrocannabivarin, is a cannabis compound that offers a wide range of unique medical effects and benefits that significantly differentiate it from other cannabinoids such as THC and CBD.

There is still much to study and learn about this particular compound. Still, we are sure that it will generate great excitement in the cannabis world as more and more of its benefits are discovered, and its full potential is exploited.

According to several studies, it has been shown that THCV relieves stress and can even help reduce or prevent anxiety and panic attacks, being a great ally in the treatment of post-traumatic stress disorder (PTSD).

It is also neuroprotective, so it has been implemented in patients with Alzheimer’s, Parkinson’s, and multiple sclerosis. It is also well known for its ability to suppress appetite.

The benefits of THCV have been studied extensively. However, much of this research and its benefits are still undergoing, among some of the benefits associated with the use of THCV are:

THCV is known to be an appetite suppressant, unlike THC. Some studies have shown that THCV can decrease appetite, increase satiety and regulate energy metabolism.

For these characteristics, it is clinically considered a helpful remedy in the treatment of obesity and for weight loss. One of the main reasons for the effects of THCV in this field is that it suppresses CB1 receptors.

However, there is still much to be known and studied about the effects of THCV on weight in a generalized way.

Some studies and personal experiences of consumers suggest that THCV could help reduce or even eliminate panic attacks without eliminating the ability to feel emotions.

Consequently, it would be a great ally in treating PTSD or anxiety.

Although the mechanism of action is not yet fully understood, some recent studies suggest that THCV may have potential as a therapeutic aid to combat diseases involving cerebellar dysfunction and hyperexcitability, such as epilepsy.

Some research and the personal experience of several users may show that THCV is effective in treating a variety of symptoms and conditions.

THCV is especially effective in relieving the symptoms of some conditions such as PTSD, Parkinson’s, Alzheimer’s, obesity, seizures, and pain.

Also, some of its effects -which we have already mentioned- are appetite reduction, relaxation, and tranquility.

Although it cannot be forgotten that the research on THCV is still in the very early stages, especially its effects on humans.

THCV can somewhat mimic the intoxicating effects of THC in large doses because of its similar structures.

For example, their atoms have an almost identical arrangement. However, they remain different as well as their respective effects.

One of the fascinating differences between the two cannabinoids is that THCV suppresses appetite while THC increases it. Studies have also shown that THCV can limit the effects of THC.

Finally, the main advantage of THCV over THC is the absence of psychoactive effects and annoying side effects such as paranoia and anxiety.

December 10, 2021 — Last Updated December 29, 2021
Written by Herb
best ofTHCVvape pens
Save for later
Start saving articles by clicking the heart icon and you'll find them again in your profile page.

Get 20% off premium weed and discover the latest products, news, and deals in cannabis.
best ofTHCVvape pens
December 10, 2021 — Last Updated December 29, 2021
Written by Herb
Save for later
Start saving articles by clicking the heart icon and you'll find them again in your profile page. 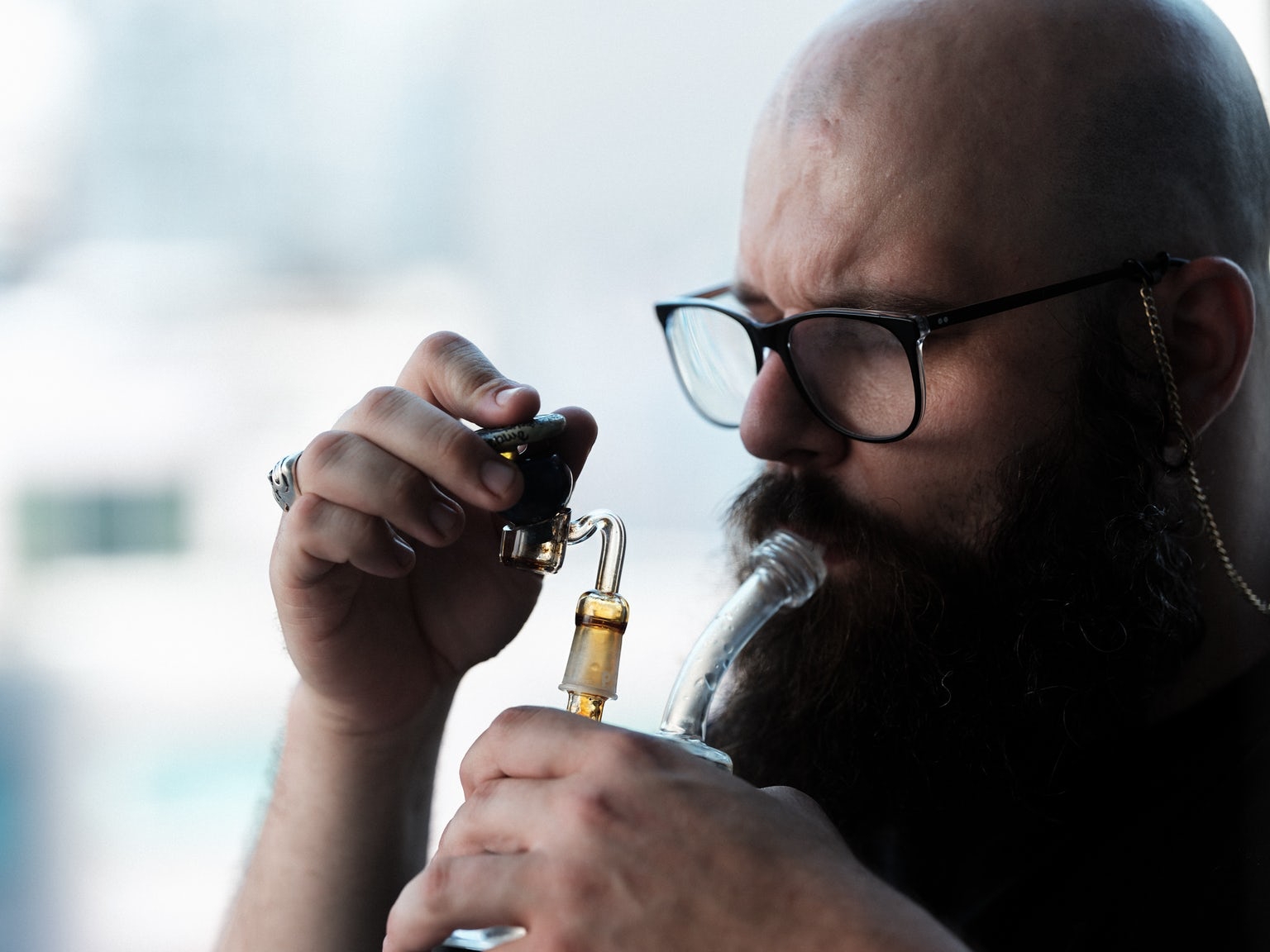 Curious about dabbing? Here are the top tips and tricks for a fun and safe experience. Created with Stiiizy. 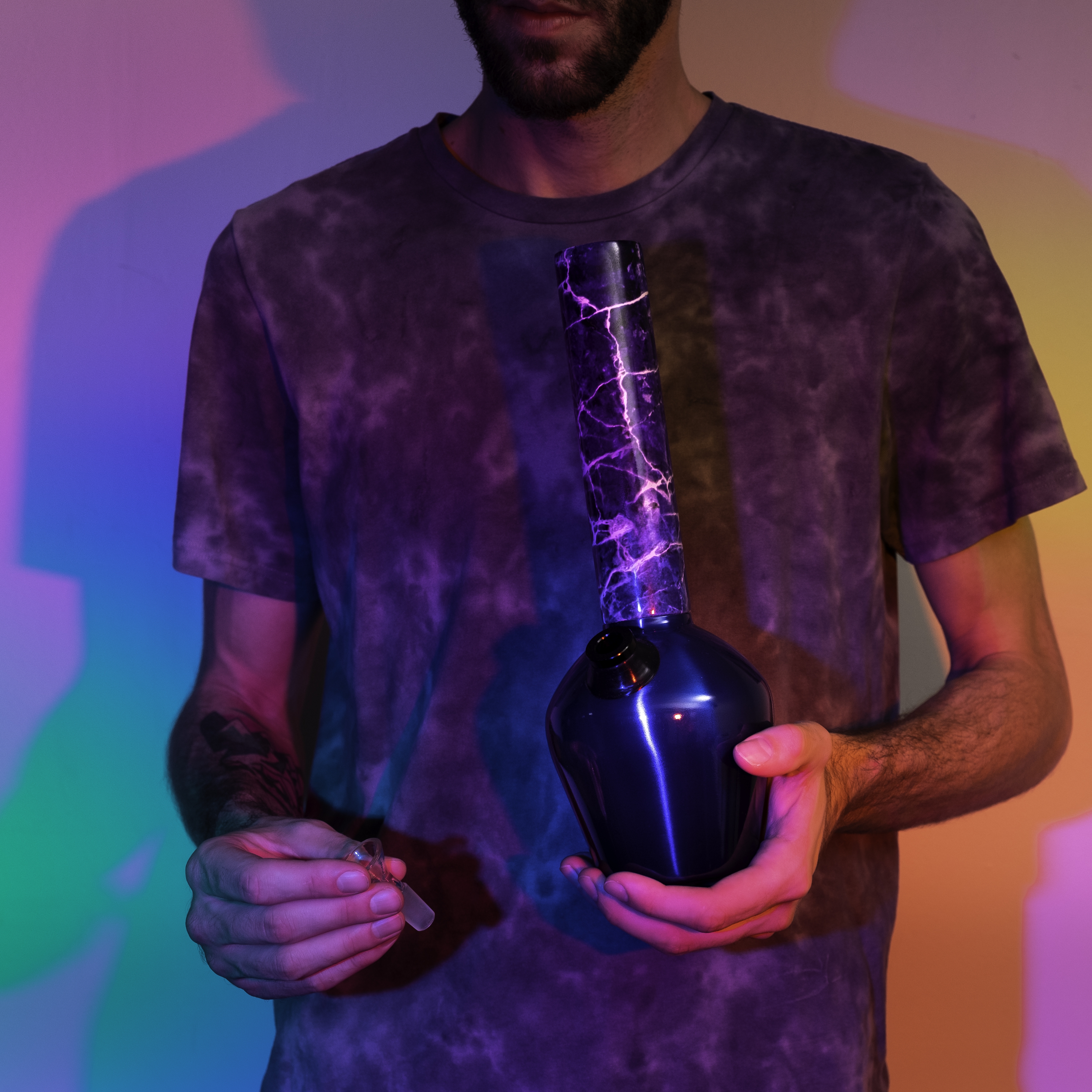 3 Accessories For Your Chill Bong

Check out these gadgets to take your Chill Bong experience to the next level. 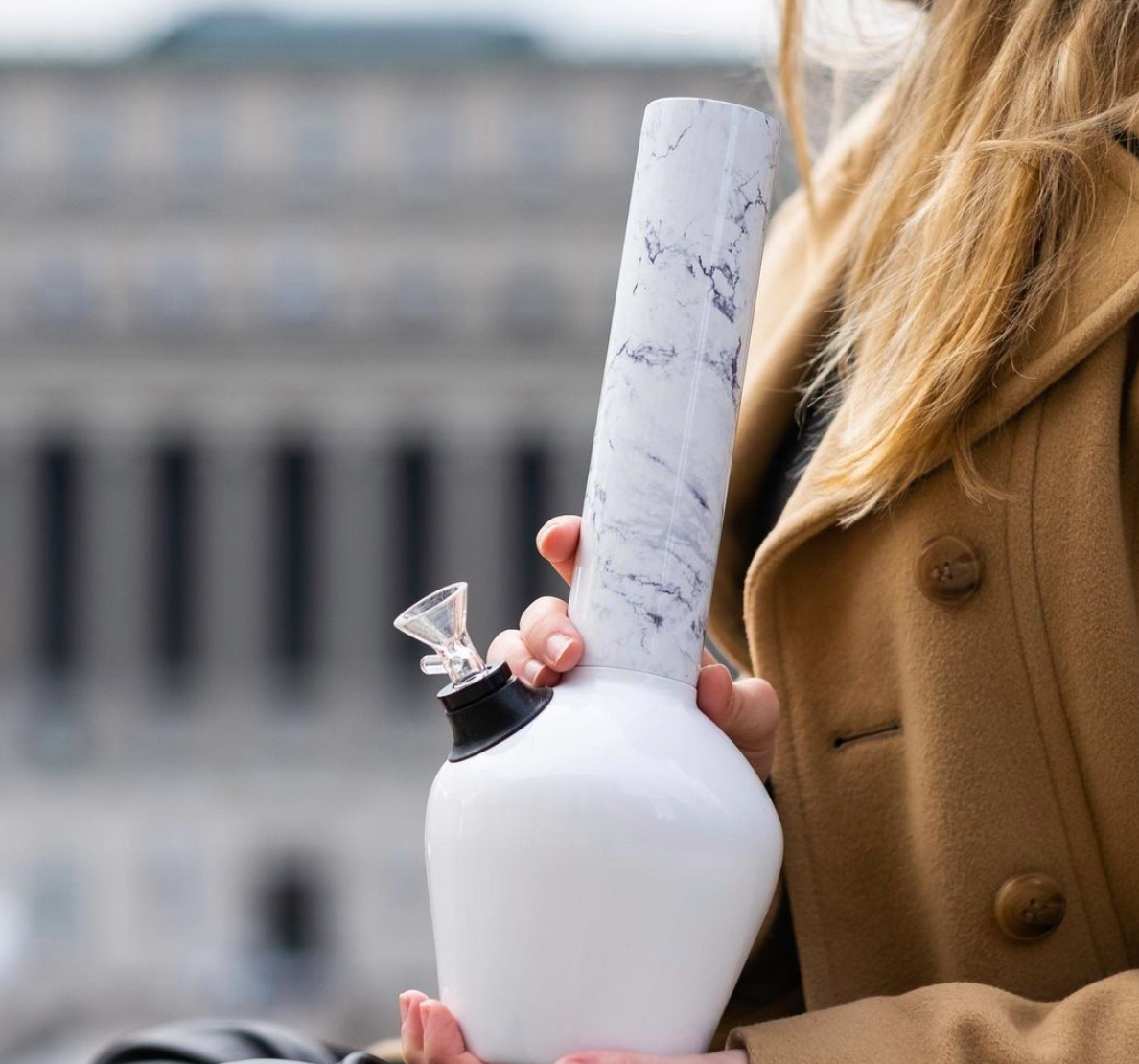 Here's why you need to ditch your old reliable glass bong. Created with Chill Steel Pipes.