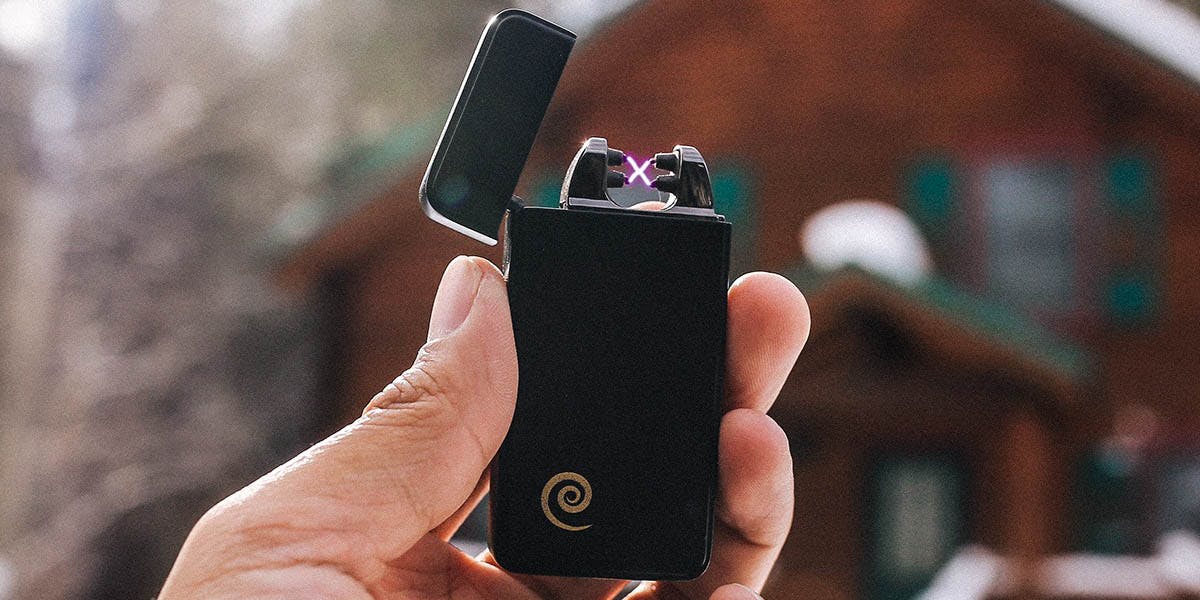 4 Reasons To Add Electric Lighters To Your Complete Cannabis Kit

Electric lighters will make you ditch your old BIC lighter faster than you can light up.

Technology in the cannabis industry has been growing at a rapid pace in the last few years. Along with incredibly discreet vape-pens and at-home oil-infuser machines, electric lighters are also making a big impact on the market which means it’s time to ditch your pack of matches.

Electric lighters are the future

Electric lighters are about the same size as traditional lighters and tend to have a Zippo-style flip-lid or removable lid. They work like this; you hold down a button which causes an electric current to flow between nodes. This current is drastically hotter than an open flame which means it lights more efficiently than a traditional lighter. Electric lighters can light virtually anything that will fit between in the space between the nodes – which is pretty convenient when it comes to lighting a jay or a bowl of ground herbs.

Electric lighters are precise, easy-to-use and will never leave you hanging. They come in different colors and designs so there’s really no excuse for not owning one. Here are 4 reasons to add an electric lighter to your stash.

They are a safer option than traditional lighters

Electric lighters are a safer bet than traditional lighters because they are actually flameless and contain zero butane. The current that runs between the nodes is what lights your weed as opposed to an open butane flame. This means you have less chance of accidentally catching anything on fire that is not supposed to be on fire – from your hair to the tip of your nose when lighting a joint (c’mon, we’ve all worried about this).

It’s also a safer option to keep your lungs healthy. While the toxicity of butane is low, it’s a gas that isn’t great to purposefully inhale on a regular basis. A 2012 study from the Advisory Committee for Acute Exposure for Hazardous Substances concluded that extended and deliberate inhaling of butane, called butane abuse, has detrimental effects on the brain and heart. Burning a butane lighter produces nitrogen dioxide which can actually cause asphyxiation when in a confined area. Using a butane lighter is not considered butane abuse, but why not avoid it if it’s possible to do so.

It should also be noted that many electric lighters are equipped with a child-safety lock to prevent any accidents by curious kiddies, making them even safer for everyone.

They are completely windproof

On top of a mountain after a long hike on a breezy day? No problem. Wind-storm on your walk from work to the gym? No problem. Electric lighters are completely windproof since they are flameless. The electrical current running from node to node is powered from the battery source. So, as long as your electric lighter is charged, the current will work in any windy environment. The windproof factor of electric lighters takes smoking on-the-go to a whole new level. It guarantees a certain kind of discretion because it relieves the stress of drawing a lot of attention to yourself when trying to light up in public.

They have long-lasting battery life

The days of being without a lighter are long gone thanks to the electric lighter. Electric lighters are rechargeable via any standard USB cord. Just plug it in, let it charge for an hour or so, and then you’re good to go. Depending on the lighter, this full charge can last for anywhere from 100 to 900 lights. That’s a lot of smoke-seshes. This longevity essentially means you’ll never have to buy another lighter again – just keep this one charged and you’ll be all set. This leads us to our next point.

They are better for the environment

Last but certainly not least, electric lighters help you go green, and we’re not just talking about that sticky bud. Using a rechargeable electric lighter means you don’t have to keep chucking plastic butane lighters after they run out of juice. Thousands of wildlife creatures die every year after eating plastic lighters that have been discarded and millions of lighters end up in dumps every year.

Recharging your electric lighter is a way better option than buying a new butane lighter every time you lose yours. Hopefully, you’ll keep a better on eye on this one, after all, they tend to be a little pricier than the lighter you’d buy at the gas station down the street. Electric lighters are perfect for the environmentally conscious herbivore – and if you’re not an environmentally conscious herbivore, you should be.