Now Reading:learn | This is the science of how a bong works 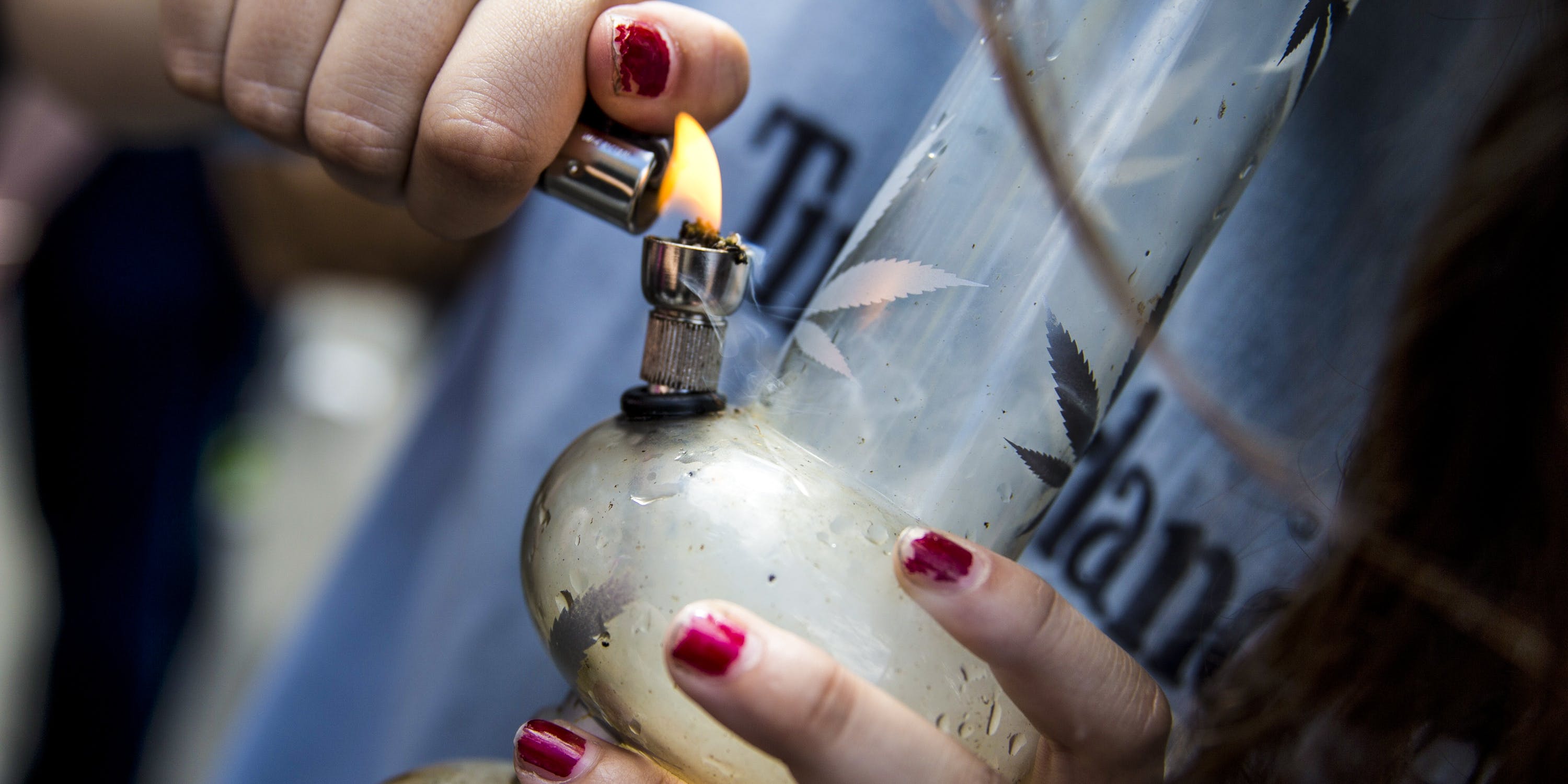 A woman smokes marijuana in a water pipe during a demonstration to call for the legalization of marijuana, on May 9, 2015 in Paris, France. AFP PHOTO / KENZO TRIBOUILLARD (Photo credit should read KENZO TRIBOUILLARD/AFP/Getty Images)

This is the science of how a bong works

Ever wonder why bongs deliver the smoothest tokes?

Bongs are one of the most iconic and time-honored ways to consume cannabis. A big bong rip—usually cooled by water and/or ice—is absolutely one of the most effective ways to smoke flower. But what are the secrets of bong science? Why, exactly, do bongs work so well?

First, let’s examine the anatomy of a bong.

The tube is the main body of the bong, ending in the mouthpiece. It’s the cylindrical chamber which fills up with smoke after the smoke is filtered through the water when you take a hit. Features such as ice pinches are often a part of the tube design. Modern bongs most often have a tube of glass, but acrylic and silicone are also popular choices. Natural substances like wood and bamboo are also sometimes used.

The bowl is where you load and light cannabis for smoking. It’s often removable on bongs, allowing it to function as a slide carburetor.

The carburetor, or carb for short, is a small hole which allows you to clear the smoke from the tube of the bong to take a rip. As mentioned above, bowls are often removable to function as slide carbs. Sometimes a carb hole is the side of the tube, meaning you need to cover it with your finger to take a hit and then remove your finger to clear the tube.

The downstem is simply the tube that transports smoke from the bowl down to the base of the bong, where it then percolates through water. In fancier bongs, an additional carburetor (and sometimes multiple carbs) are positioned in the tube to further cool the smoke.

The bottom of the bong is its base. Many bongs have bubbles or beaker shapes in the tube just above the base to create the water chamber. This cools the smoke as it passes through the water.

The biggest advantage of a bong is its ability to cool and filter the smoke through water.

This allows a huge draw even when a large amount of smoke is inhaled. Compared to a regular pipe, bong hits are much smoother, cooler, and less harsh. That makes them noticeably easier on the throat and lungs.

Filtering the smoke through water lets most of the good stuff through because THC isn’t particularly water-soluble. It does, however, effectively remove things you don’t want in the smoke. These include tar and ash. According to bong science, up to 80 percent of tar and ash are removed by smoking through a bong. That’s why bong water eventually turns that disgusting shade of brown. (Clean your damned bong, dude. Regularly and well.)

There’s some debate about exactly how much psychoactive THC is lost in bong water. But many bong science experts believe it’s a negligible amount because water is something called a “polar solvent.” Long story short, that means it is not effective at dissolving cannabinoids. Most terpenes also make it through the water, giving you flavorful hits.

It’s not a good idea to use alcoholic liquids in your bong, though. Alcohol fumes are not good for you, for starters. Besides that, cannabinoids and terpenes dissolve in water. That means you’ll be losing an appreciable portion of your THC as well as the taste.

Bong Science: Here’s what happens when you take a bong rip.

When you light the bowl, torching the weed, smoke is released. As you inhale through the mouthpiece at the end of the tube, you create a quasi-vacuum in the tube. This sucks the smoke from the bowl into the chamber. The bubbles you see in the water are micro-vacuums that draw smoke into the chamber.

When you pull the slider carb or remove your finger from the carb hole, it’s easy to draw all the smoke into your lungs. This is because the pressure outside of the bong is greater than the pressure in the partial vacuum you’ve created by inhaling.

The “cherry” in the bowl glows brightly when you take your rip. This is because all the oxygen being pulled through the bowl fuels the fire.

If you’re into bong science, you can try sucking the smoke into the tube, then taking your lips off the mouthpiece. You’ll observe that not much smoke leaves the tube. It has cooled a bit going through the water, and it tends to stay inside the bong.

Now, take that big rip, and congratulate yourself for being a bong scientist.