Cheech and Chong, the Cannabis Voter Project Want You to Vote This November

The Cannabis Voter Project posts up at major music festivals across the country to get young cannabis enthusiasts to the polls in November. 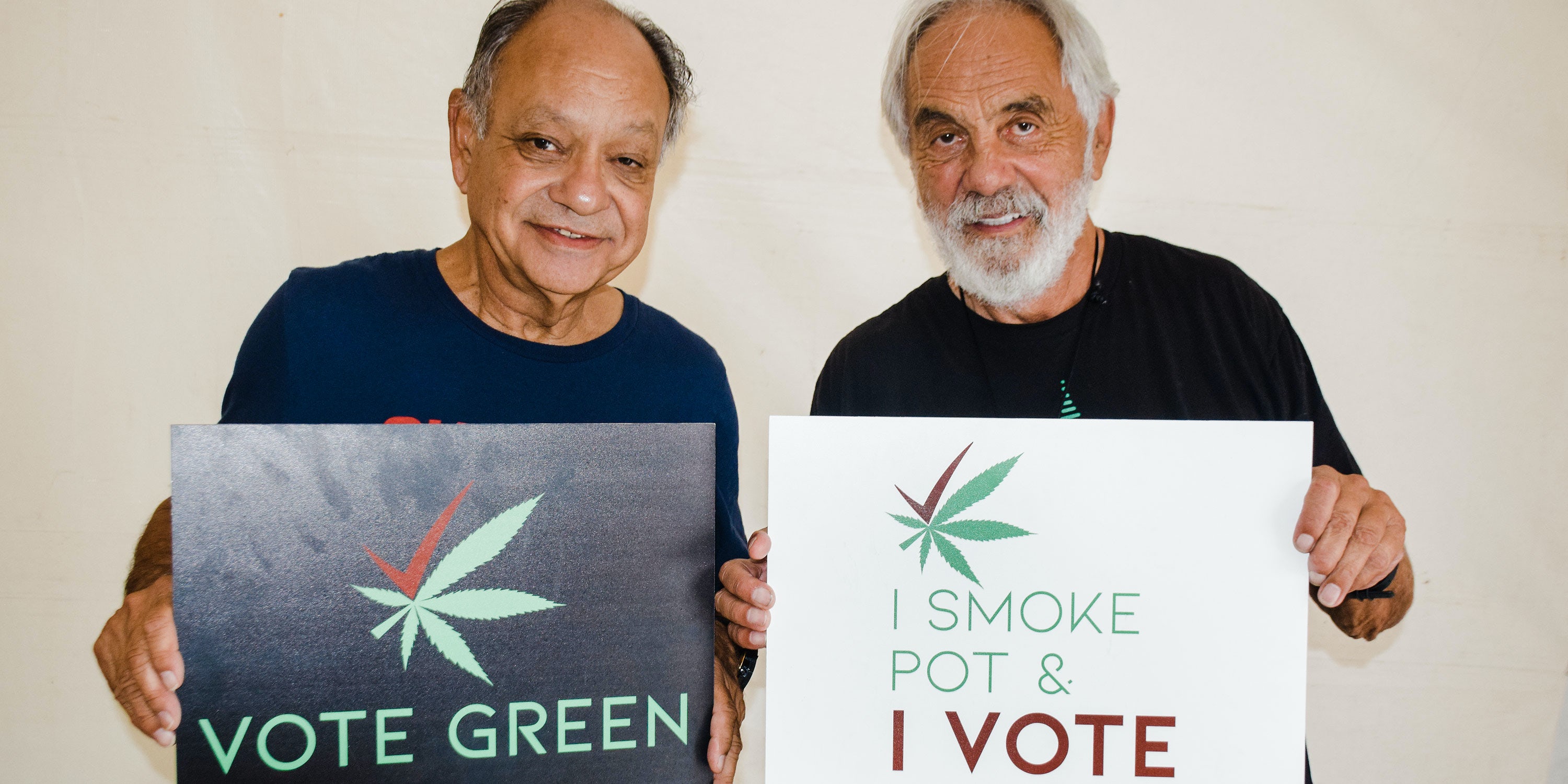 Cheech and Chong want you to vote. The cannabis icons are the latest to be inspired by the Cannabis Voter Project, an initiative aiming to use cannabis to get people to the polls in November. (They’re helping register voters before the deadline—October 6, in most states.)

Cannabis Voter Project Director Sam D’Arcangelo tells Herb cannabis policy is “one of the few issues out there that has the power to get people who otherwise might not vote to the polls.” This is in part, he says, because it’s easy to demonstrate a clear connection between “voting and change” when it comes to cannabis.

The bipartisan nature of cannabis is one of the main reasons HeadCount, the nonprofit behind the Cannabis Voter Project, decided to leverage the issue to mobilize voters. HeadCount Cofounder Marc Brownstein says cannabis is relevant to nearly every American for different reasons—whether it’s the medical potential of the plant or the way the War on Drugs has unjustly incarcerated minorities.

In addition to mobilizing the vote, the Cannabis Voter Project has compiled a database detailing how every congressman and governor has supported or obfuscated cannabis reform efforts. The project also sets up at major music festivals and concerts where musicians like Grateful Dead Drummer Mickey Hart encourage registration.

HeadCount has successfully used this tactic to register more than 400,000 voters since it launched in 2004, partnering with artists like Jay-Z, the Dave Matthews Band, Wilco, and Phish.

The Cannabis Voter Project was launched this summer after HeadCount Cofounder and Executive Director Andy Bernstein attended a High Times Cannabis Cup and recognized the potential for mobilization among young voters in the cannabis community.

Currently, cannabis laws—both on the federal level and in many states—don’t reflect the will of the majority. But that is changing, says Brownstein, and will continue to as a growing number of cannabis supporters show politicians they have the power to sway elections.

Get 20% off premium weed and discover the latest products, news, and deals in cannabis.
September 12, 2018 — Last Updated
Written by Shelby Hartman