While Conan O’Brien may not be the biggest pothead around, he doesn’t mind hanging out with them and sharing a toke here and there. 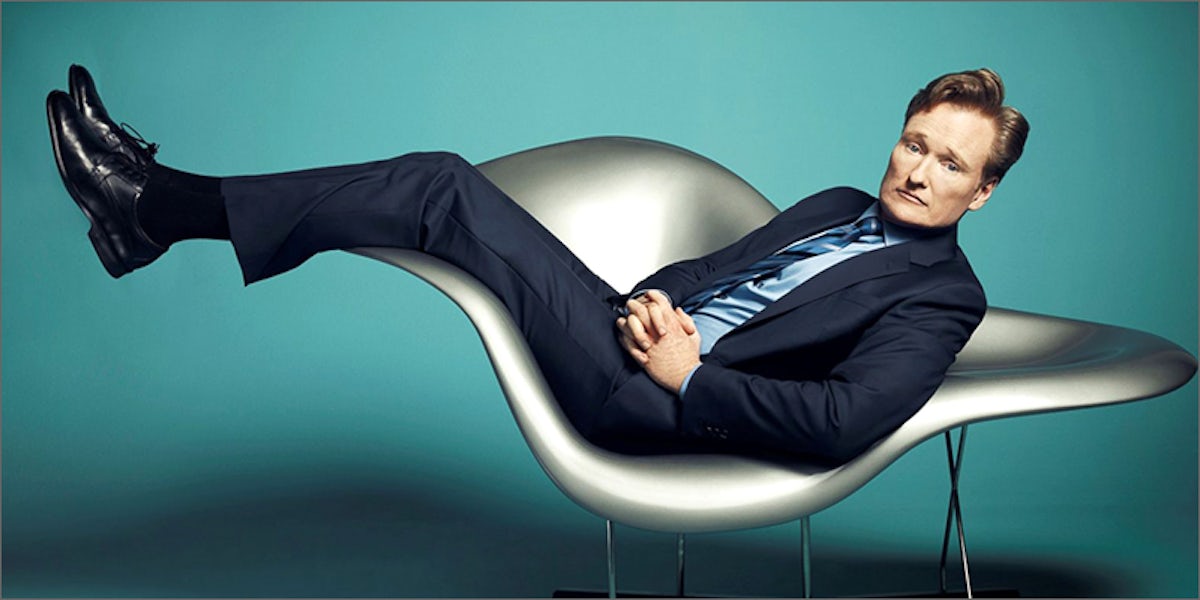 Conan O’Brien may seem like a straight-edge dude that would never lay hands on a left-handed cigarette. But believe it or not, Conan is one of the most chill guys around. Not only does he like video games, but he also enjoys shenanigans. And while he may not be the biggest pothead around, he doesn’t mind hanging out with them and sharing a toke here and there. In fact, Conan has come into contact with the herb more than just once. To highlight a few of these weed-filled moments, here are five times that Conan got down with Mary Jane.

1. When he tried out the Lyft app with Kevin Hart and Ice Cube

During this video, Conan calls up a Lyft driver to take he, Ice Cube, and Kevin Hart to find some weed. While standing around waiting at the corner for their ride, they made sure to let everyone know that they weren’t prostitutes, especially Kevin,

Look I’m not saying I’m scared. But this ain’t safe. We been on the corner for some time now. And it looks like we sellin’ ass.

Along the way, the crew stops by the store for the essentials: snacks, forties, and Swisher Sweets. And once they arrived at their final destination, they tried to dip out on the driver without paying. But of course, Kevin left his brown paper bag in the car, so they had to go back.

2. When he played Gears of War 4 with Wiz Khalifa

Gears of War 4 is an intense game. For this reason, Conan invited one of the most mellow dudes around to play the game with him: Wiz Khalifa. In true pothead fashion, Khalifa brought along two blunts for them to smoke during the gaming sesh.

Conan was hesitant at first. But he eventually decided to take a puff. Then, he nearly devoured an entire bowl of potato salad. Someone had the munchies.

3. When he played Mario Kart 8 with Seth Rogan and Zac Efron

To help promote Neighbors 2, Conan joined Zac Efron and Seth Rogan to play Mario Kart 8 in the same frat house used in the film. This time, Conan was the one who brought along the Mary Jane. After taking a hit from the vape pen, Conan immediately felt like a badass,

This is lowering my cholesterol with every vape. Alright we’ve established my street cred. I can hang out with anyone at this point.

4. When Snoop Dogg gave him his very own G Pen

Conan is probably the last person you’d ever expect to see holding one of Snoop Dogg’s G Pens. But since Snoop was kind enough to gift him with one, he couldn’t resist showing it off,

You like to fire this up and get a little eucalyptus going on in the house?

5. When a student driver drove him, Ice Cube, and Kevin Hart to a dispensary

Finally, the best moment of them all. The time when Conan, Ice Cube, and Kevin Hart helped a student driver.

Not only did they load up on ganja at a local dispensary, but they also had a smoke sesh right there in the car. And once the munchies struck, they all went to Popeyes.

Get 20% off premium weed and discover the latest products, news, and deals in cannabis.
April 24, 2017 — Last Updated December 20, 2019
Written by Brittney Sanger