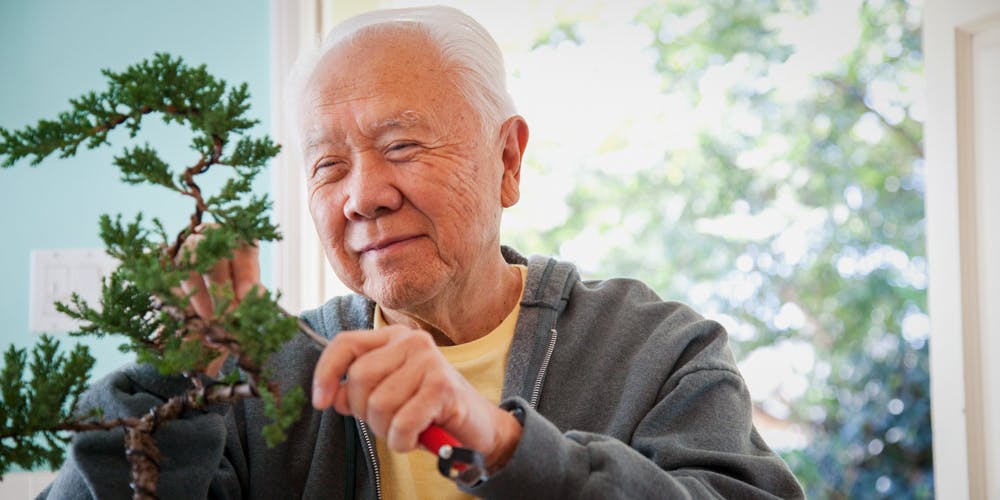 I’m starting to feel like Edward Scissorhands missed out on his true calling.

Harsh penalties and strict enforcement have largely stomped out any major cannabis culture in Japan. First-time offenders can end up with a five-year sentence. Arrests of people possessing as little as 11 grams make the news. For many in the country, it’s just not worth the risk. If you encounter two guys on the sidewalks of Shinjuku yelling at you about where to find some good weed, do yourself a favor and keep on walking.

It’s no surprise that most ordinary joes in Japan are unfamiliar with cannabis growing techniques. So when one Osaka resident decided to take up his own crop, he decided to go at the green with a much different tradition of gardening.

Authorities in Osaka arrested Satoshi Ohashi, a 35-year old sanitary worker, for growing cannabis. The man claimed the plants were for personal use, but the amount of weed in Ohashi’s possession was nothing to scoff at. Police confiscated 21 potted plants and 212 grams of marijuana, worth around 1.2 million yen (approximately $10,000 US) at street value. What was more curious is that the janitor was cutting his plants short. Literally. He was clipping and pruning his plants not as if they were smokeable cannabis, but decorational bonsai trees.

While most cannabis plants can grow up to a meter, the Osaka local was snipping his off at 15 inches. The bonsai tree tradition goes all the way back to the 6th century. Beginning with a variation on the Chinese practice of ‘penjing,’ or ‘tray scenery,’ it has since become better known as a Japanese art form of its own. The practice exercises grace, patience and a green thumb. When pressed by authorities, the Osaka janitor said it was to conserve space. Just making the most of his tiny apartment. But at the same time, Ohashi said it was the first time he “produced such a great crop.”

According to police, Ohashi was inspired to trim his pot bonsai-style five years ago after researching online. It’s a shame that Ohashi’s talents were wasted in a country that can’t appreciate them. I’m starting to feel like Edward Scissorhands missed out on his true calling.