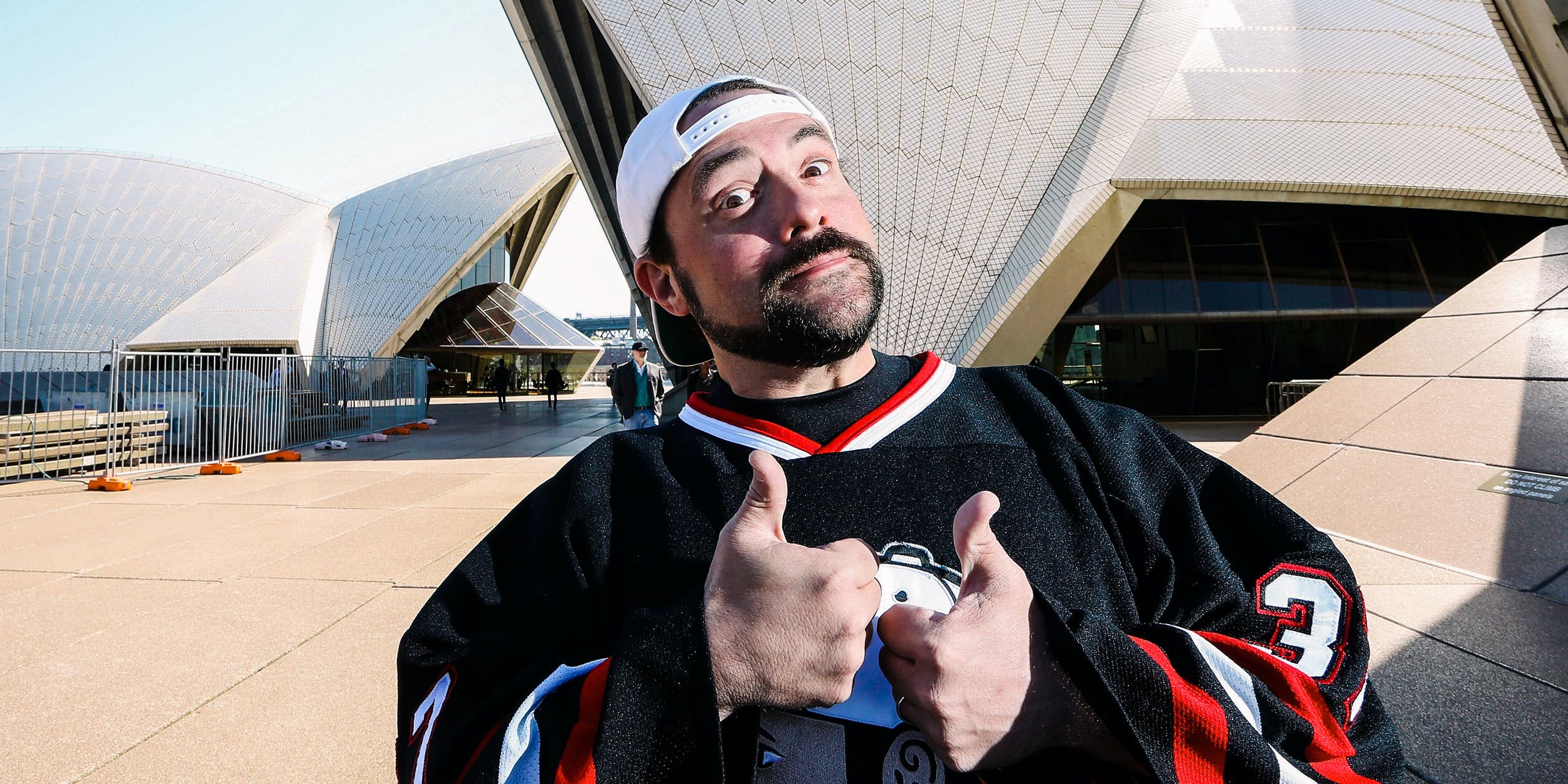 It kept him calm during a heart attack.

In February, 47-year-old Smith had a heart attack after performing the first set of a comedy show in Glendale, California. After he began feeling unusual, Smith canceled his second set to go to the hospital. According to Smith, when he got there, his doctor said the heart attack was the result of a “100% blockage of” his “LAD artery,” a condition colloquially known as “the widow-maker” because so few people survive it.

But as Smith recently recalled on the Stephen Colbert show, his doctor offered an unusual reason that he survived the often fatal condition: he had been smoking a lot of weed that day.

According to Smith, it wasn’t long before he was in an ambulance on his way to the hospital. “The whole time, I’m chill,” says Kevin Smith to Colbert. “The guy, the paramedic, he goes ‘you’re being real calm, that’s going to get you through this’ and there was a dude behind him going ‘that’s going to save his life.’”

The comment seemed strange, according to Smith, because at this point he still had no idea why he was in the hospital. Even when the doctor finally told him he was having a massive heart attack, Smith reassured him that he had probably just smoked too much weed that day.

“I asked my doctor after this was all done: ‘I hate to ask this question, man. But did I have a heart attack because of the weed? Because I smoked a joint right before the show,'” says Smith to Colbert. “And he goes, ‘no, in fact quite the opposite. That weed saved your life.”

Thank god because it looks like a Jay and Silent Bob Reboot is on the way.