With her White Girl Mob days behind her, Debbie adds a new career to her resume: cannabis entrepreneur. 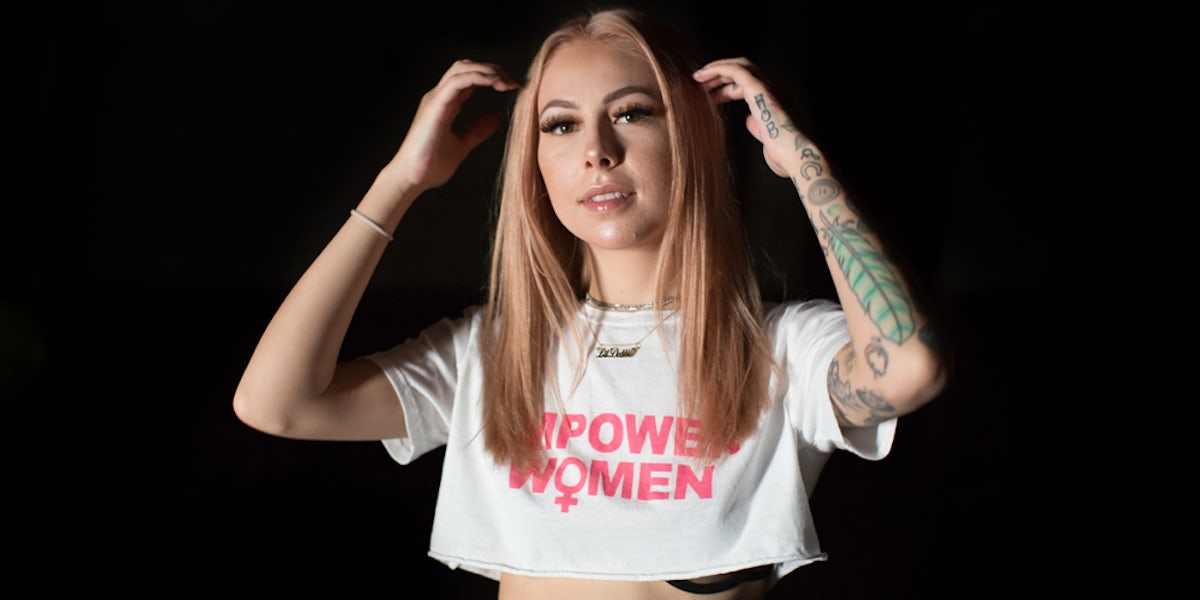 Lil Debbie is a rapper with a staggering creative output. It seems every year she’s putting out new songs and albums on the fly. She’s been a proponent of Bay Area rap culture for nearly a decade and doesn’t show any signs of stopping. And with her White Girl Mob days behind her, she now has a new career to add to her resume: cannabis brand owner.

“I’m a believer in marijuana, I’m an activist,” Lil Debbie told Herb. “I’m from NorCal, we’re home of the shit!”

She’s collaborated with companies like the subscription service Hemper to help brand their cannabis accessories. It’s doing well: a little Debbie X Hemper Cake box is currently sold out on the Hemper website. She also has her own brand and strain called Cakes which includes live resin, a CBD infused facial mask product, and, most notably, infused cakes and cake bites. Her personal favorites are hybrids and indicas.

“I just came up with it on my own one day. I knew I wanted to enter the marijuana industry and I didn’t really know how to do that,” she explains. “I decided that the best way, and for branding the smartest way, would be to start with an edible.”

Her list of cake offerings includes a Pink Camo Cake, with 150 mg of THC, and also Purple OG Cake bites. The cake bites are so people can microdose, a growing trend among cannabis enthusiasts who want to be functional after consuming. Debbie’s brand also offers OG live resin in three types: sugar, crumble and shatter.

Debbie became known after connecting with fellow Bay Area performer Kreayshawn and the other members of the short-lived crew, White Girl Mob, which catapulted her to national fame. She calls Kreayshawn, who started out as a video director, a creative genius.

“What we did was so different no one will ever be able to do that again. YouTube is crazy, it’s opened so many lanes for people. Kreayshawn used to make party videos,” she said. “A group of 10 girls would go out and we would party, and it was about people in the Bay, and she put out Gucci Gucci and then it blew up.” Debbie, who is from Albany, California, was exposed to hip-hop during one of Northern California’s most visible rap periods to date: the hyphy era.

“That’s a whole culture.  I grew up listening to J.Stalin, Husalah, The Jacka, Too Short, E-40. And then on top of that, me and Kreayshawn used to do videos for dudes like DB the General, dudes like that,” Debbie said. “My whole life I grew up around rap.”

Debbie who is in her mid-20s, says she considers herself lucky she came up at the right time. And now, she’s been able to parlay her rap fame into her other love, cannabis. The packaging and branding for Cakes is all Debbie, who has embraced a sexy, stoner persona having grown up under the gaze of social media.

Want to give cooking with cannabis a shot? Check out the LEVO Oil Infuser.