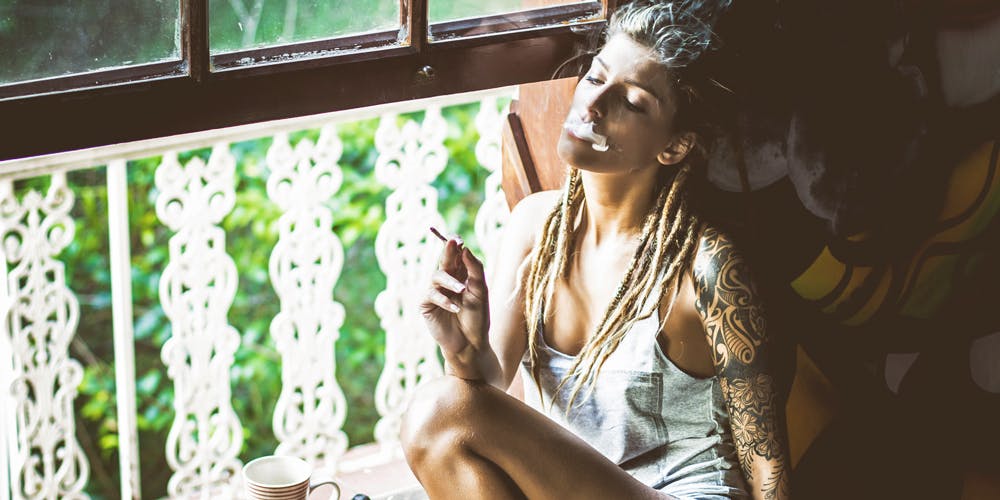 According to the survey app College Pulse, nearly half of all Ivy League students smoke cannabis. More than 42 percent of respondents claim to have never touched any substance, but an eclipsing 42.6 percent say they’ve smoked pot. That’s almost double the amount of students who say they’ve smoked nicotine, hovering at 22.8 percent.

The survey is made up of over 1000 Ivy League students. Among all the students, 76 percent say they’d support legalized cannabis, showing that reform is even popular among abstainers.

From Columbia to Dartmouth, the legality of cannabis varies widely in states with America’s most prestigious campuses. After a vote in 2016, recreational marijuana was legalized in Massachusetts, where the gargantuan Harvard, among other regarded institutions like M.I.T. and Tufts, reside.

But even if local state laws approve of lighting up, the Ivy League schools themselves are skittish about openly permitting it. Ivy League colleges depend on federal grants and funding to run many programs and studies, and marijuana is still a Schedule I drug on the federal level.

Even profs willing to speak on behalf of pot are hard to come by at Harvard, as one student paper discovered. “If I were going to advise a college student on whether or not he should use cannabis or alcohol,” Dr. Grinspoon told The Harvard Crimson, “and he’s going to use one or the other, whether it’s on campus or anywhere else, I’d much rather see him use cannabis.”

Regardless of legalities and stigmas, there seems to be inconsistencies in College Pulse’s results. Only 10.3 percent of Ivy League students surveyed said they’ve used prescription study drugs. This number is drastically different from most other studies that estimate that over two-thirds of Ivy League students not only have used prescription study aid drugs but rely on them to work on everything from essays to exams. One explanation, however, could be that students were more open to telling an app they smoke cannabis during their off hours than take ADHD medication during their on hours.