A Republican Nominee Seriously Thought Drug-sniffing Bunnies Were A Thing

He believed that drug-sniffing bunnies were a real and cost-effective method of law enforcement. 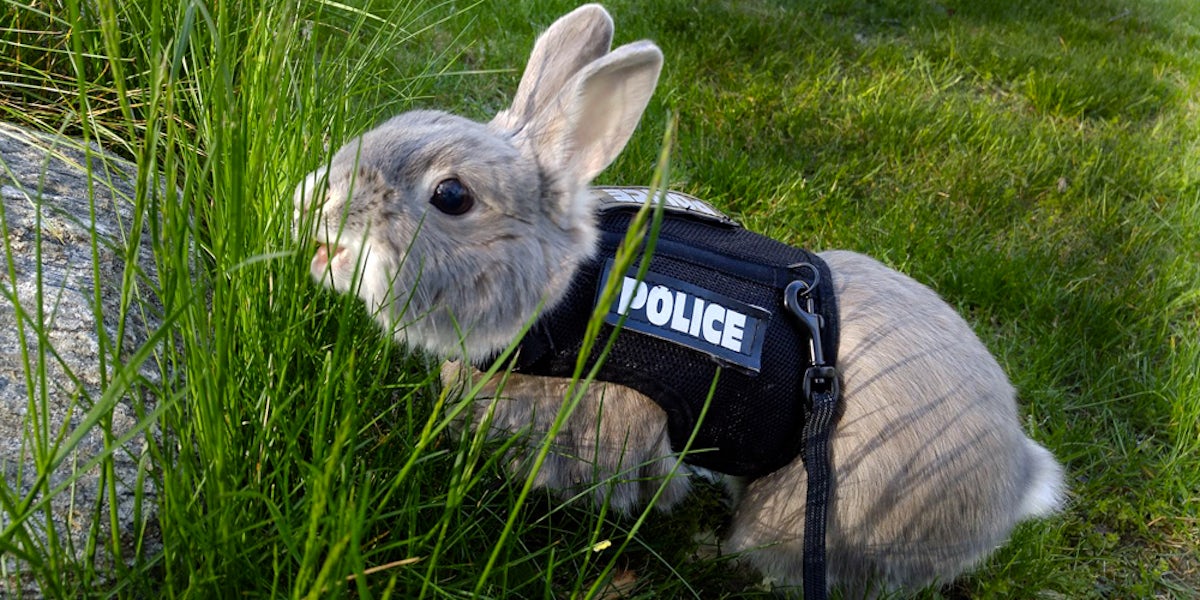 Dave Gautreau, a Republican mayoral nominee in Phoenixville, Pennsylvania, had a bad hare day. The political hopeful was speaking about cost-effective alternatives for local drug enforcement at a mayoral forum. There, he confidently proposed that instead of bringing in costly drug-sniffing K9 units they could take advantage of, what he believed to be nature’s other vice unit, fluffy, narco-rabbits.

“I was dead-serious,” said Gautreau. “I would not make a joke about a rabbit if I did not believe it to be true.”

Gautreau claims that he first heard about drug rabbits by a friend, that Lancaster, Pennsylvania police were using them and that they were cheap. Gautreau even told the Philly Inquirer that he did his due diligence, calling someone in Lancaster (he couldn’t recall if he called the police or city hall) who confirmed the bunny tale.

Lt. Bill Hickey of the Lancaster City Police said that couldn’t be true. “I can assure you we do not use any type of rabbits in our law enforcement activities, nor do we have plans to,” said Hickey.

An April Fool’s gag posted by the Amherst, New York police in 2016, claiming that they had adopted a drug-rabbit to help find drugs in the nooks and crannies where larger, less adorable mammals might not be able to explore. The fictional rabbit’s name was ‘Dusty.’

“I should have googled it,” said Gautreau, “but I didn’t.”

In a now-deleted Facebook post (Gautreau has deleted his Facebook page entirely), the candidate wrote that he takes his campaign seriously and that as for Amherst’s year-old gag “Obviously somebody there decided to have fun at my expense.”

Ain’t they a stinker.

Enjoy the latest and greatest from Herb, enter your email below to get exciting cannabis updates delivered to your inbox.
October 24, 2017 — Last Updated November 26, 2019
Written by Zack Kotzer