These cannabis strains are certified by rap legends like Snoop Dogg, Wiz Khalifa, and Action Bronson 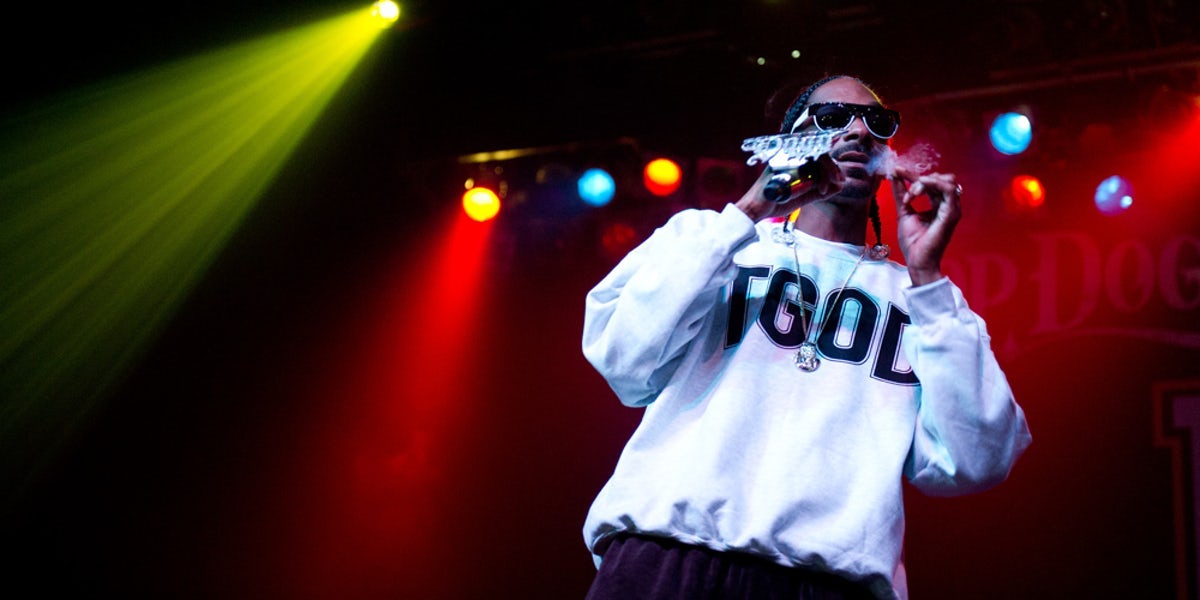 One of my favorite things about weed is that the best strains aren’t all that expensive. If you wanted to try chef Gordon Ramsay’s favorite meal, or wine sommelier Michael Broadbent’s favorite red wine, you might be looking at a few hundred dollars each. But what if you wanted to try Snoop Dogg or Wiz Khalifa’s favorite strain of weed?

Not only are these strains highly affordable, but these certified rap and weed legends have made their preferences well known to the public. So want to listen to “French Inhale ” while getting high on the same stuff Snoop and Wiz are smoking in the music video? Now you literally can.

It’s hard to name just one favorite strain of Snoop Dogg’s. Depending on who you ask, Snoops favorite strains will vary. Some of these strains include AllSaints OG, Girl Scout Cookies, and Herijuana, according to High Snobiety. But if you ask LA Weekly, Snoops favorite strain is Grandaddy Purple. Then again, you could always just smoke Snoop Dogg OG, the weed strain named after the rap legend. In all honesty, any of the strains mentioned above will do—it’s hard to imagine a connoisseur of Snoop’s stature sticks to just one favorite. Just make sure you roll it up in some Zig-Zags: as Snoop said back in 1993, “keep the motherfucking blunt in your pocket loc ‘cause Doggy Dogg is all about the zig zag smoke.”

If there’s one person on this planet who could smoke more weed than Snoop Dogg, it’s Wiz Khalifa. Wiz has largely made a career out of rapping about weed. Even Wiz’s major controversies revolve around his love for weed. In fact, nearly 70% of all Wiz Khalifa songs are about weed according to one report.  It’s hardly surprising then that Wiz’s favorite weed strain is named after himself: Khalifa Kush. Unfortunately, Wiz is the only one with access to this strain. But the next closest thing, according to Leafly, is OG Kush.

Bronson smokes his weed a little differently than the other rappers. His favorite thing to smoke, according to an interview on the FRANK show, is Hardcore OG Shatter, which is made by West Coast Cure, and smoked as a “dab.” Dabbing means smoking concentrated THC extract resembling emerald glass, using a bong and high powered torch lighter. For anyone that enjoys a slightly unconventional, powerful bong hit, Bronson recommends Hardcore OG Shatter.

Known by most for his work in the rap group Run The Jewels, Killer Mike is a rappers’ rapper. In Hood Politics, Kendrick Lamar raps “Critics want to mention that they missed when hip-hop was rappin’ Motherfucker, if you did, then Killer Mike’d be platinum.” He’s also known for his political activism. Last year, Mike showed off his immense political knowledge in an interview with Bernie Sanders during the primaries. If you want to smoke like Mike, the strain of choice will depend on which country you’re in.  In an interview with Blare Magazine, Mike says that when he’s in Canada, he smokes Jack Herer. Back home in the states though, he likes to smoke “Diesel” (likely referring to Sour Diesel.)

Enjoy the latest and greatest from Herb, enter your email below to get exciting cannabis updates delivered to your inbox.
August 14, 2019
Written by Rob Hoffman