If you thought you’d seen it all when it comes to inhaling large dabs, then prepare to be amazed by this world record from Secret Stash. 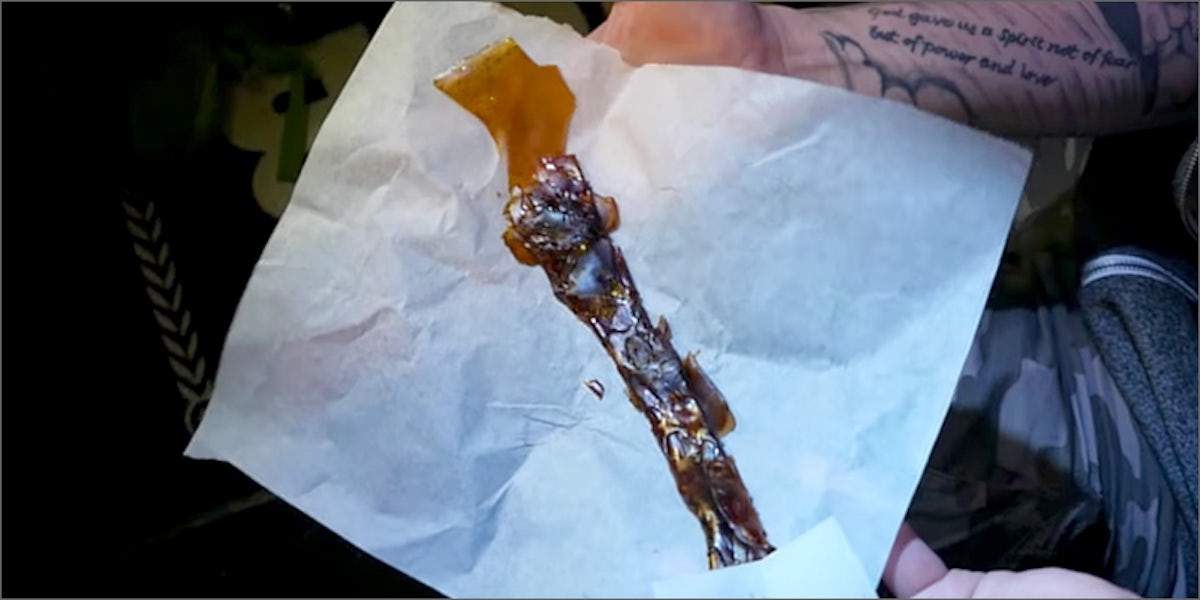 So, you think you can handle massive dabs? Well, you might want to think again. During the video by Secret Stash, you’ll get to witness the world record for the largest dab. In fact, it’s so huge that it takes over seven minutes to finish. But that’s nothing, considering it’s a whopping 33 grams, and most people would tap out way before then.

Is this a world record?

Dabbing is a quick way to achieve a mighty high. For this reason, it typically doesn’t take people very much to get where they want to be.

But if you thought you’d seen it all when it comes to inhaling large dabs, then prepare to be amazed. During the Secret Stash episode from Cannabis Community, you’ll get to witness the world record for the largest dab, 33 grams, and it’s insane.

Not only does the guy inhale every bit of it, but he’s still able to stand up afterward. The dab is so big, in fact, that it’s wider than the nail itself.

As can be seen, the dude doesn’t even break a sweat. Not to mention, he doesn’t let out a single cough.

Roughly 251 seconds into it, it seems as though he’s about to choke. But he just keeps on going.

One thing that is certain is that he can barely hold his eyes open. Of course, that’s likely because he’s unbelievably stoned.

Nevertheless, after 449 seconds, the mission is complete, and the crowd cheers. Now, there is an official dabbing champion. Who will earn the title next?