His grandfather passed away from prostate cancer. 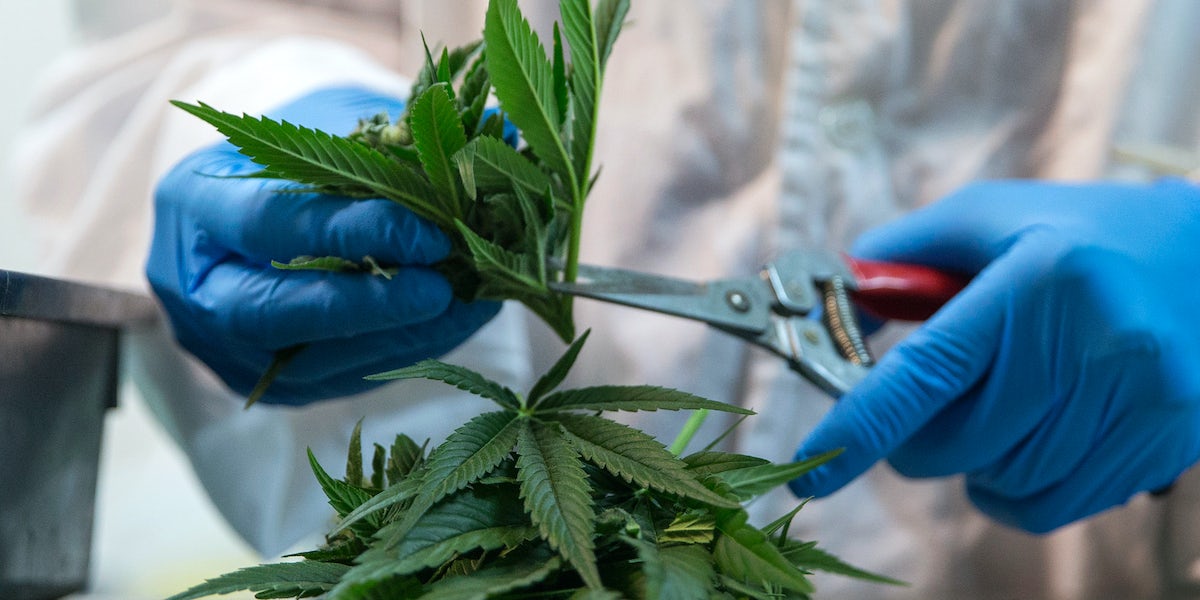 An Israeli woman cuts marijuana plants at the BOL (Breath Of Life) Pharma greenhouse in the country’s second-largest medical cannabis plantation, near Kfar Pines in northern Israel, on March 9, 2016.
The recreational use of cannabis is illegal in the Jewish state, but for the past 10 years its therapeutic use has not only been permitted but also encouraged. Last year, doctors prescribed the herb to about 25,000 patients suffering from cancer, epilepsy, post-traumatic stress and degenerative diseases. The purpose is not to cure them but to alleviate their symptoms. (Photo by Jack Guez/AFP/Getty Images)

Daniel Baksh, a high school sophomore, took home the top prize from the science fair for his research on the relationship between cannabis and cancer.

The science fair has been running for 65 years out of Lancaster, Pennsylvania. Daniel Baksh specifically examined the effects of cannabinoids on squamous cell carcinoma, the second most prominent form of skin cancer, often spurred by excess UV exposure and tanning beds.

“There’s so many different types of cancer,” said Baksh, “and I think that we as a society and a human race should keep on striving to find a cure.”

Baksh grew the cancer cells in petri dishes and introduced cannabinoids to observe their effect. The cannabinoids decreased the rate of cells, and Baksh concluded that that cannabinoids, and therefore marijuana, have a beneficial effect on this type of cancer.

“I’m very excited and elated,” said Fabien Baksh, Daniel’s father. “It’s great for them to be able to work hard and achieve something, especially in science, which I think is downplayed in our schools and society in general.”

Daniel’s older brother, Sanjeethan Baksh, won the same science fair back in 2008 and now works at Cornell. Sanjeethan’s science fair submission touched on more efficient ways to detect lung cancer. Cancer is a personal topic for the Baksh brothers as their grandfather passed away from prostate cancer.

Daniel Baksh is more enthusiastic about medical marijuana than legalizing recreational marijuana. This stance aligns him with scientists like Raphael Mechoulam, who is responsible for most of the existing research on cannabis, not to mention discovering the endocannabinoid system. Mechoulam is also now interested in the relationship between cannabis and cancer.

Enjoy the latest and greatest from Herb, enter your email below to get exciting cannabis updates delivered to your inbox.
April 11, 2018 — Last Updated
Written by Zack Kotzer