In 2013, Deryn Blackwell was given three days to live. His mom kept fighting for him and discovered a treatment that would save her son’s life: cannabis. 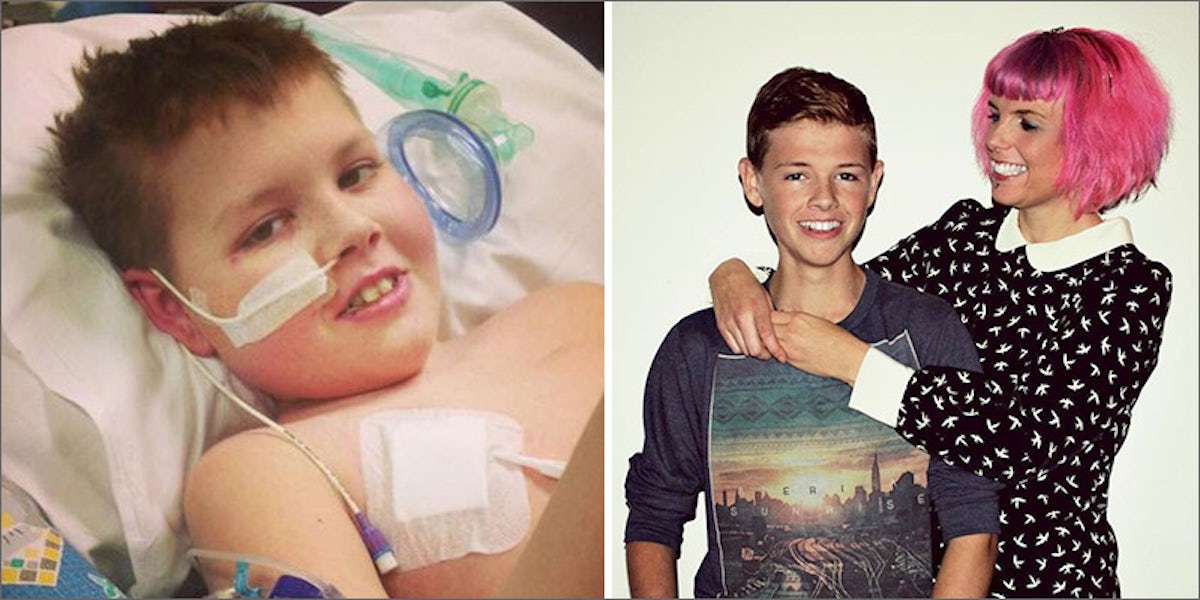 In 2013, young Deryn Blackwell was moved to hospice and wasn’t far from his deathbed. In fact, he was so sick and full of pain that he became addicted to his anti-nausea medication. But when it came time for his mom to decide that enough was enough, she soon discovered a treatment that would save her son’s life. After giving her teenage son just a few drops of cannabis tincture, the ultimate miracle happened. Not only did the herb relieve him from his pain almost immediately, but it also destroyed his cancer in just one short month.

At age ten is when Deryn Blackwell began his hospital ordeal with leukemia. Then, when he turned 14, he was moved to hospice and was expected to die.

In addition to staying sick, he experienced lots of pain. Soon, he quickly became addicted to his anti-nausea medication cyclizine.

Once his mother began noticing the signs of addiction, that’s when she knew enough was enough,

If he was told to wait, Deryn would get angry and aggressive, like someone hooked on heroin. I had known drug addicts and, just weeks short of his 14th birthday, my son was ticking all the same boxes.

We couldn’t sit by and watch him spend his last days in a morphine fog. Enough was enough.

After spending hours upon hours researching alternatives, she came across Bedrocan, a cannabis-based painkiller that’s not available in the UK. For this reason, she had no choice but to find a way to make the medicine herself and give it to her son illegally and in secrecy,

The doctor told me that while it was effective, it had not been tested on children and she couldn’t prescribe it.

And so we took a decision that will horrify many parents reading this – and horrified me, too.

It took much trial and error. But once she gave Deryn the vape pen, he instantly felt more at ease.

However, it seemed as though that form of consumption wasn’t doing as much as they expected for Deryn. Once again, his mom had to search desperately for a treatment that would save her son’s life.

Doctors have “no answers”

Since the vape pen didn’t do what Deryn’s mother had hoped, she insisted on upping the dose by dispensing 5 ML of cannabis tincture. After just a half an hour, he felt at peace,

I feel relaxed. I’m aware of everything. I just feel at peace, Mum. It’s beautiful.

When he began turning away the cyclizine that he was once addicted to, that’s when his mother knew she made the right choice. So from then on, she continued giving him the tincture anytime he felt uncomfortable.

In fact, just three weeks after coming off the medication, he saw unbelievable results,

One evening, I heard Deryn yell: ‘Mum – look!’ The bandage on his middle finger had worked its way loose and completely come off, showing his third finger – which had been blackened and dead – had now healed.

How on earth had a child with no immune system and no way of fighting infection managed to heal himself after being off medication for more than three weeks?

Deryn’s mother went from being told that he has only three days to live to his doctor admitting that hospice was no longer the place for him, though she had no idea how it was possible. But Deryn’s mother knew it was all thanks to the cannabis tincture.

Enjoy the latest and greatest from Herb, enter your email below to get exciting cannabis updates delivered to your inbox.
March 28, 2017 — Last Updated November 26, 2019
Written by Brittney Sanger