Now Reading:health | Science Says Driving While High Is Maybe Not That Bad Of An Idea 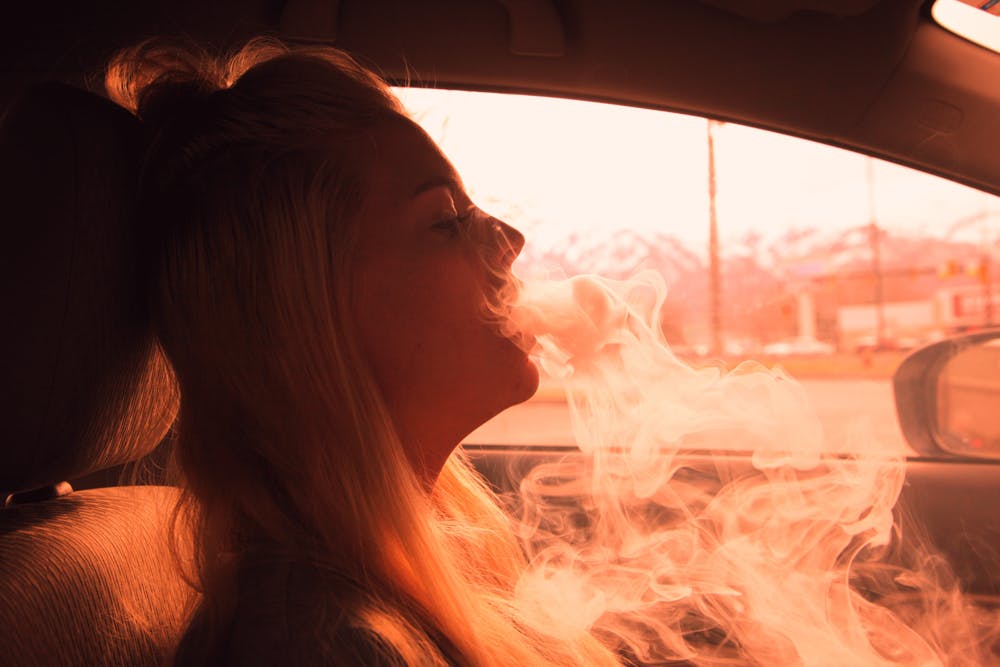 One in three teens thinks smoking weed and driving is legal. What may be even more surprising is, according to several studies, they might have a point.

One in three teens thinks using cannabis and driving is legal, according to a new study.

While Liberty Mutual’s Mike Sample has stated “driving under the influence of marijuana significantly impairs motor coordination, judgment and reaction time,” objective scientific studies tend to tell a different story. Studies have shown that driving while high on cannabis does not affect the incidence of fatal crashes.

Although cannabis has been shown to impair psychomotor skills among inexperienced users, that doesn’t mean that drivers make more dangerous decisions behind the wheel. In driving simulators, it is typically manifested by subjects driving more slowly (the “little old lady” syndrome).

“Crash culpability studies have failed to demonstrate that drivers with cannabinoids in the blood are significantly more likely than drug-free drivers to be culpable in road crashes.” write E. Russo, G. Chesher and M. Longo in Cannabis and Cannabinoids: Pharmacology, Toxicology, and Therapeutic Potential

There’s a reason that 39 percent of people in states where cannabis is legal say they feel “comfortable” getting into the driver’s seat within two hours of toking or eating marijuana.

The first major study on the subject, “Marijuana and Actual Driving Performance,” was conducted in 1993 on behalf of the U.S. Department of Transportation. It found, against expectations, that “THC’s adverse effects on driving performance appeared relatively small in the tests employed in this program.” A separate Canadian study found that low doses of cannabis had little effect on the skills involved with driving and does not mean that drivers under the influence of cannabis pose a safety risk.

A 2015 study confirmed earlier findings on driving while high.

In 2015, the first study to fully analyze the effects of cannabis on driving found that what little impairment it did cause was comparable to that observed in drivers who’ve had a drink or two, but haven’t had more than their legal alcohol limit. Drivers with blood concentrations of 13.1 ug/L THC (almost three times the legal limit in most states for the active ingredient in marijuana) showed increased weaving that was similar to those with a .08 breath alcohol concentration, the legal limit in most states.

Scientists at the University of Iowa’s National Advanced Driving Simulator carried out the research, sponsored by the National Highway Traffic Safety Administration (NHTSA), the National Institute on Drug Abuse (NIDA), and the notoriously anti-weed Office of National Drug Control Policy. It should go without saying that none of these federal agencies have a pro-weed slant.

The study compared more than 3,095 drivers in the Virginia Beach, Virginia, area who were involved in crashes, along with 6,190 controls who were not.

“We believe this to be the largest, the most closely controlled study of its kind that’s been conducted in the United States.” says Gordon Trowbridge, head of Public Affairs for the National Highway Traffic Safety Administration

As expected, there was plenty of impairment when alcohol and marijuana were mixed. But weed itself, taken in moderate amounts seemed to cause no significant increase of traffic collision. States that legalized medical marijuana have actually seen a drop in traffic-related deaths.

The NHTSA study also found that analyzing a driver’s saliva can detect recent use of cannabis, but is not a reliable measure of impairment. According to Andrew Spurgin, a postdoctoral research fellow at the University of Iowa College of Pharmacy: “Everyone wants a breathalyzer which works for alcohol because alcohol is metabolized in the lungs. But for cannabis, this isn’t as simple due to THC’s metabolic and chemical properties.”

A 2016 study commissioned by the American Automobile Association’s safety foundation said it’s impossible to set a reliable blood-test threshold for THC. This means that many states legal limits are not based on science according to the AAA.

Drivers who are completely safe to drive are often wrongly convicted.

The association recommends replacing current laws with new rules based on specially trained law enforcement officers who can detect actual impairment, rather than weed-breathalyzers that may detect THC concentration, but not levels of impairment.

In a statement, Marshall Doney, AAA’s president, and CEO said “There is understandably a strong desire by both lawmakers and the public to create legal limits for marijuana impairment, in the same manner, we do alcohol. In the case of marijuana, this approach is flawed and not supported by scientific research.”

Mark A.R. Kleiman, a New York University professor who specializes in issues involving drugs and criminal policy, agrees, telling the Associated Press that THC blood ratio tests put cannabis users in an unfair position. Either they never smoke, or they never drive. According to Kleiman, driving with “a noisy child in the back of the car” is about as dangerous as driving while high on cannabis.

The NHTSA study, using demographics, found fundamental flaws in earlier studies that seemed to indicate stoners had a 25 percent higher risk of crashing, reports Car & Driver.  The discrepancy came from the fact that younger, mostly male drivers are already the top demographic involved in crashes. The fact that the same group tends to smoke a lot of marijuana led to a false correlation.

When factoring age, sex, and race into the equation, any supposed correlation between being stoned and crashing dissolves. There was “no significant increased risk of crash involvement” due to marijuana use when those demographics were accounted for.

THC can be detected in the blood for days, and sometimes weeks, after usage. That means many of the supposed “THC positives” detected in crash victims might have less to do with impairment and more to do with driving attitudes.

Anecdotally speaking, you can take it from this driver of more than 40 years: I’ve never had a single crash due to smoking pot. (Alcohol, unfortunately, is a different story.)

Now, this doesn’t mean you should be taking bong rips and hitting the freeway. You can still get in trouble in almost any legal state for driving while high. What it means is that cannabis and alcohol should not be held to the same standard in the eyes of the law or the popular imagination.