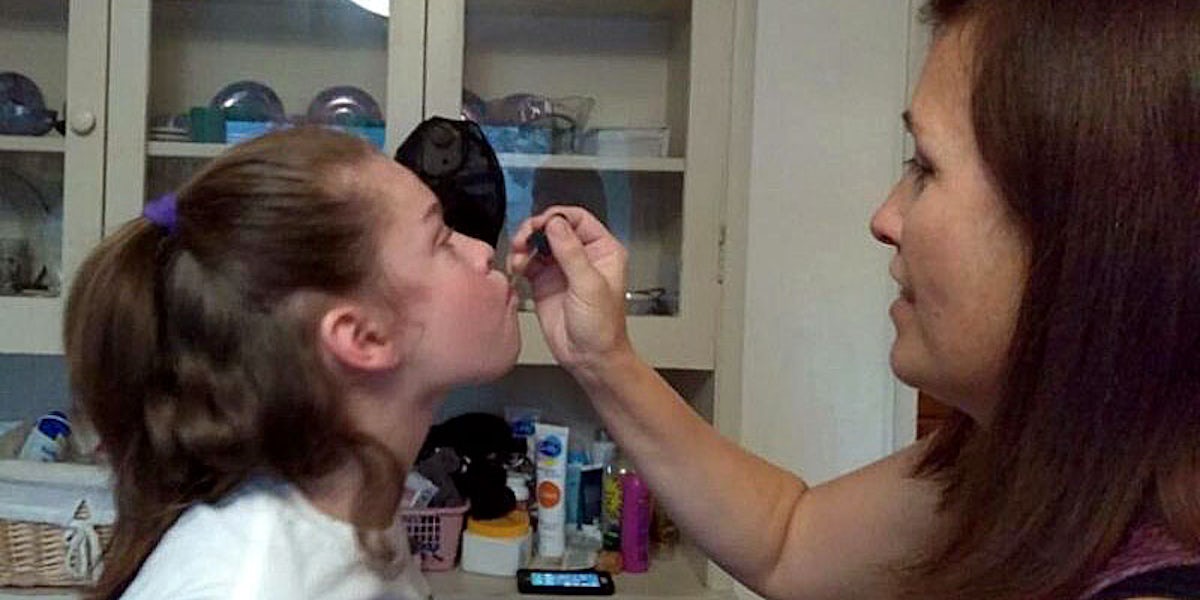 An 11-year-old girl and her family in Rhode Island are in the crosshairs of a medical cannabis controversy. The family has had success using cannabis oil to treat the girl’s seizures yet her school district refuses to allow its nurses to treat her.

As a Rhode Island politician seeks to create awareness and pass legislation, Jadyn Minda’s treatment hangs in the balance. She’s not alone.

Although marijuana is legal in some form in 29 states—including Rhode Island—only New Jersey, Colorado, and Maine require schools to allow people with medical recommendations to use cannabis. In Illinois earlier this year, a court had to intervene to grant an exception for an 11-year-old to get treatment at her school. In Georgia, a family who has a child with a rare neurological disease that causes seizures is advocating for something similar.

Jadyn had her first seizure when she was 18 months old. The episodes were infrequent until she turned 4. Liz Minda, Jadyn’s mother, said she and her husband tried different medications but none were effective.

Liz, a nurse by trade, said the pharmaceuticals turned her daughter into a “drooling rag doll.” At the suggestion of a doctor, when Jadyn was 9, her family tried treating her with cannabis oil. The CBD has been so effective that the girl only has seizures when she gets sick and, when she does have them, they last under a minute.

“Cannabis has afforded her the opportunity to go to school and function,” Liz said.

Although the oil contains no THC to get Jadyn “high” and a Food and Drug Administration Panel recently recommended approval of CBD for epilepsy, Jadyn’s school district officials refuse to let her get treated on school grounds.

“This is a federal issue and not a state issue,” said Coventry Public Schools Superintendent Craig Levis in a statement. “Only with a change in the federal laws would we be able to assist Liz’s daughter with her treatment.”

The Rhode Island district’s position means Liz Minda and her husband are in a precarious position, having to be 15 minutes away from the school at all times.

They’ve found an ally in State Representative Scott Slater, who has introduced a bill to let cannabis—in edible or oil form—to be administered at Rhode Island schools. “It would allow school nurses to administer cannabis oil to a child who is maybe on the verge of a seizure,” Slater said.

Slater’s bill, however, is opposed by the National Education Association of Rhode Island. The union includes school nurses and argues that the lack of FDA approval preempts the nurses from administering medical marijuana.