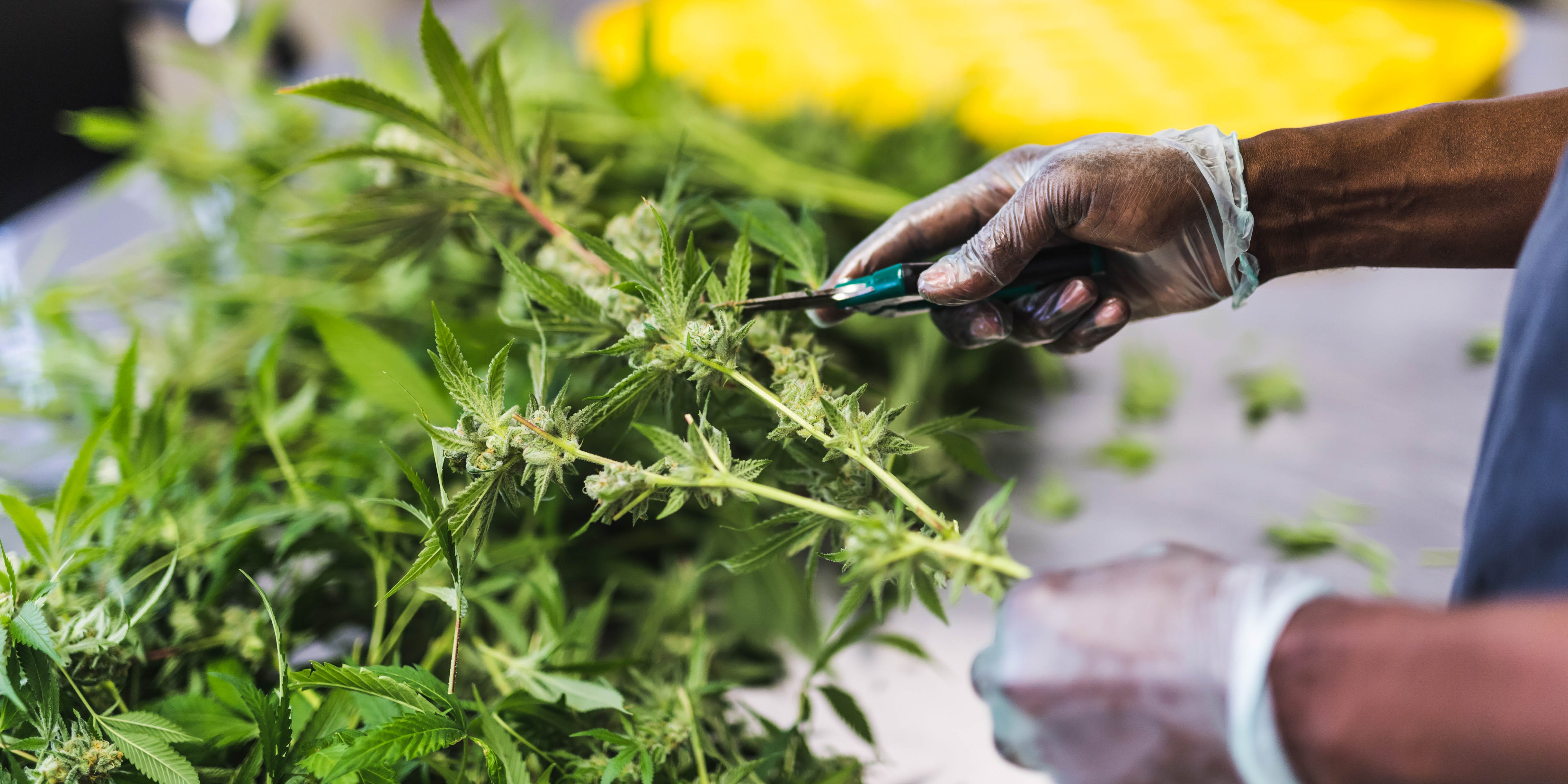 A crop of cannabis plants being pruned under artificial lights at a facility in Oregon. (photo by FatCamera via Getty Images)

The heir to the Anheuser-Busch name, best known for Budweiser, has decided to pursue cannabis instead.

The business of booze wasn’t for Adolphus Busch V, whose great-great-grandfather founded what we now know as Anheuser-Busch.

The 27-year-old recently launched a new marijuana firm called the ABV Cannabis Company. In an email provided to Marijuana Business Daily, a spokesperson for Busch confirmed his sole investor was his father, former Anheuser-Busch employee Adolphus Busch IV, who put in roughly $100,000.

ABV’s debut product is a disposable 300-milligram vaporizer pen and an oil made from THC, the cannabinoid with psychoactive effects. Consumers can only buy ABV Cannabis Co. products in Colorado right now, though expansion in Missouri is a goal.

However, the cannabis industry wasn’t Busch V’s first career choice. He initially wanted to continue his family’s legacy as a dominant force in the world of beer, which dates back to 1852.

The Busch family was regarded as American royalty, with their trademark brew, Budweiser, known as the “King of Beers.” It is said that a couple drops of Budweiser were put onto the tongue of each first-born son before he even tasted his mother’s milk.

In 2008, Anheuser-Busch was a $19-billion-a-year Fortune 500 company and still operating as a family business, as it had been for 150 years. It had been passed from father to son for five generations and would have been Busch V’s future if it wasn’t for what happened next.

August IV, the great-great-grandson of Aldolphus, and then-CEO, showed up to speak at a beer industry convention but he couldn’t seem to get a word out. “He’s stoned, he’s loaded, he cannot deliver the speech,” William Knoedelseder, the author of Bitter Brew: The Rise and Fall of Anheuser-Busch and America’s King of Beer, told NPR.

Just a few weeks after this incident, it all came crashing down.

InBev, a Belgian-Brazilian brewing company less than five years old, moved in for a hostile takeover and bought out Anheuser-Busch for $52 billion in 2008—the same year as August IV’s slurry speech.

And with that, the reign of the Busch family was over.

Enter Adolphus Busch V, who wanted to continue working for the family business after graduating from Colorado State University in 2013. He approached InBev about an entry-level position. Yet, an internal policy apparently prevents any Busch decedents from holding a position at Anheuser-Busch since the InBev acquisition.

Busch V said being passed over by the brewer his family ran for decades “was kind of a punch in the gut.”

But as the brewery door closed, the window to weed opened.

Although there are no concrete plans, Busch says he is open to creating cannabis-infused beer; essentially, combining his new business of bud with his family’s former business of beer. It might not be the path he originally planned to reestablish the Anheuser-Busch legacy, but stepping away from the thone might be the one thing that ends up regaining it in the long run.