Canada Has Developed a Hemp Car

Canada has developed the world’s most eco-friendly car, and it’s made entirely from hemp. 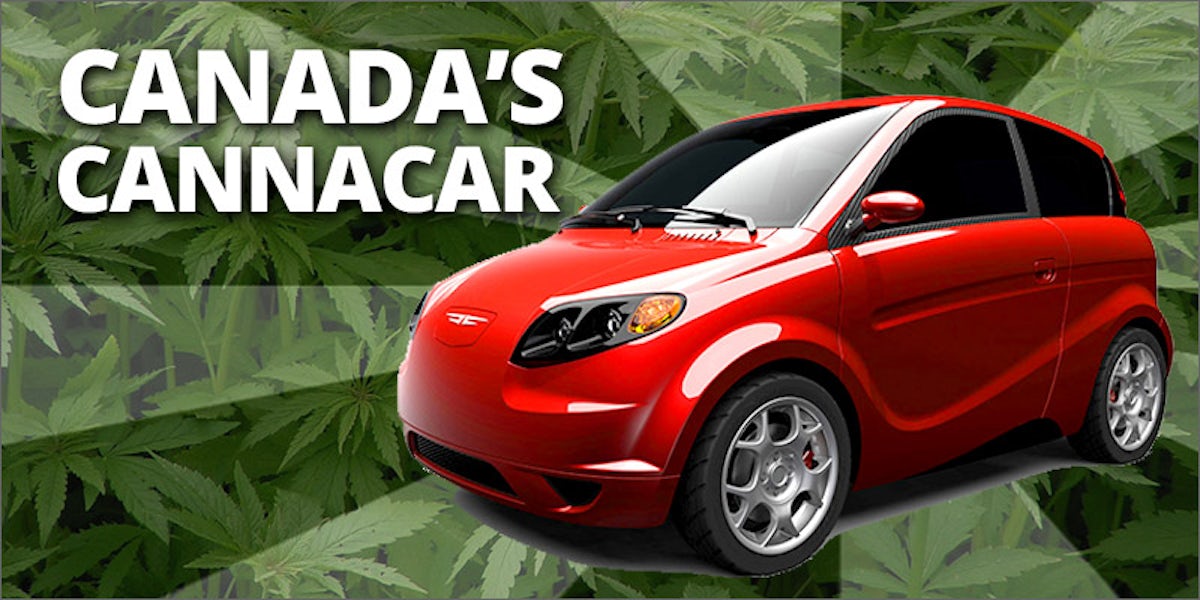 A couple of years ago Canada developed a car that is completely made out of hemp. Actually, this will be the second time in history that there has been a car created out of hemp. It happened for the first time in 1941, but it has come a long way since then.

“Why use up the forests which were centuries in the making and the mines which required ages to lay down, if we can get the equivalent of forest and mineral products in the annual growth of the fields?”—Henry Ford

To think that one of the founders of a major car manufacturer was trying to give the world a vehicle that was safe, strong and clean for the environment is good to know. At the same time, his invention was so suppressed that it is somewhat disheartening. How did we go from such an obvious and intelligent discovery, to using gasoline, steel and other non-harmonious materials?

The Second Time Around

Now, the worlds most Eco-friendly car, the Kestrel, was designed in Canada by Calgary-based Motive Industries INC. Unlike the United States government, the Canadian government is open to hemp farming and actively supporting the industrial hemp industry and it’s potential benefit for us and our environment.

It has a top speed of 90 km per hour and a range of approximately 100 miles before needing to be recharged. It’s powered by a motor made by TM4 Electrodynamic Systems, a Quebec based company.

It’s weight is approximately 2,500 pounds, and has a very affordable price given the fact that hemp is very easy to grow and requires nothing but the sun. It fits 4 passengers and the production version of it was supposed to be available this year. Since the unveiling of it a couple of years ago, everything all of a sudden has become quiet.

The body of the car is completely impact-resistant and made entirely out of hemp. When we think of cars we think of gasoline, steel, pollution, etc. Even though we have had some innovative and visually pleasing cars on the road today, it is difficult to ignore the sheer environmental impact that modern cars create.

The Kestrel’s hemp composite body shell passed its crash test in strong form, unlike steel, the panels bounce back into shape after impact. Hemp also has the same mechanical properties as glass. It is even lighter than glass and these properties help boost fuel efficiency.

Canada’s current government is completely supportive of the growing hemp industry at the moment because it is far more efficient than plastics, metals and fuels. The hemp car was created by Motive Industries, whose home is in Quebec. The company was started by Nathan Armstrong, who was sponsored by a coalition of business and schools of engineering.

Hemp can be used in 50,000 more products than other materials and does not need high temperatures or produce toxic fumes and chemicals. Check out the video for more information on Canada’s hemp car. And you can contact the developers here for more information if you are interested or would like to get your hands on one.

Would you drive a cannacar? Let us know your thoughts on social media or in the comments below.

Get 20% off premium weed and discover the latest products, news, and deals in cannabis.
January 31, 2016 — Last Updated
Written by Sera Jane Ghaly