Does Donald Trump Want To Destroy The Weed Industry?

In a Donald Trump administration, an Att. General Chris Christie could force a shutdown of all recreational cannabis operations made legal under state law. 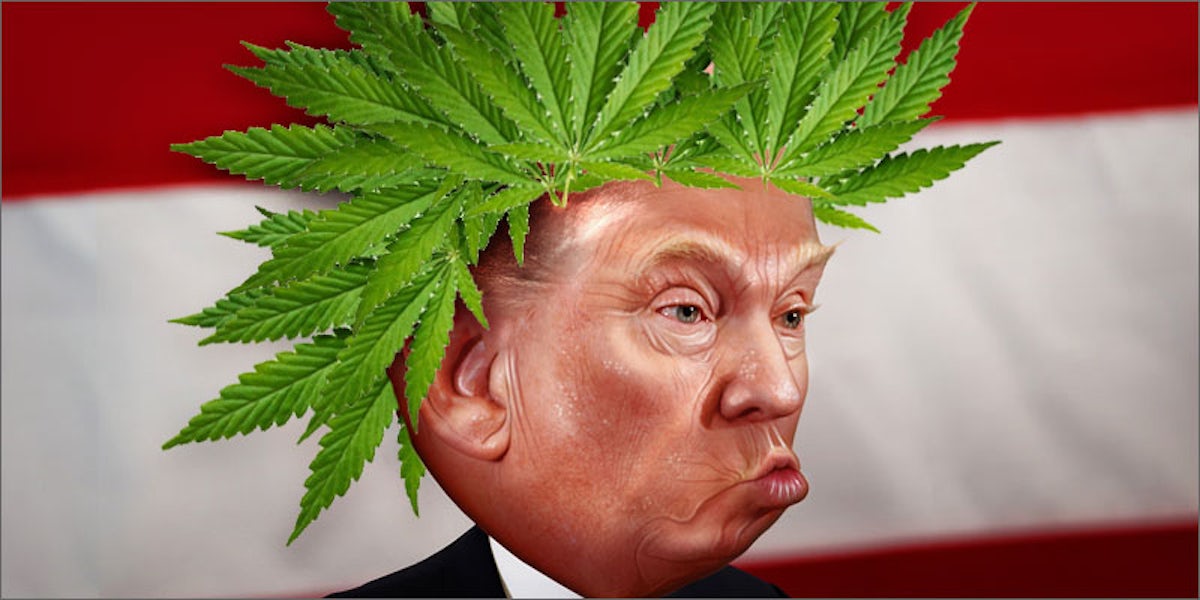 Trying to discern Donald Trump’s position on many public-policy issues often follows a pattern. Sifting through a series of conflicting, and often contradictory statements made by Trump over the years, observers are left with few clues as to the GOP nominee’s beliefs. Let alone the policies he would choose to pursue if he wins the presidency.

Is Donald Trump open to legalization?

The issue of cannabis legalization is a prime example of this phenomenon. Since the early 1990s, Donald Trump’s positions on cannabis — as well as those of members of his party– will, if taken separately, offer wildly different paths forward for the future of the cannabis industry.

Several of Trump’s statements over the past decades could lead a legalization supporter to believe that the GOP standard-bearer would be a progressive president on the issue.

In a 1990 interview with the Sarasota Herald-Tribune, Trump expressed opinions that are radical even by today’s standards: He called for a nationwide legalization of all drugs to combat the illicit drug trade.

We’re losing badly the war on drugs… You have to legalize drugs to win that war. You have to take the profit away from these drug czars.

Trump’s position has since evolved. Last October, during a rally at a casino near Reno, Nevada, the billionaire called for a state-based approach on the issue.

In terms of marijuana and legalization, I think that should be a state issue, state-by-state.

Trump then later appeared to hedge on the idea of a state-centered approach, telling Sean Hannity during a CPAC conference in June that he thought Colorado’s legalization approach to be “bad”:

I say it’s bad. Medical marijuana is another thing, but I think it’s bad, and I fel strongly about it… If they vote for it, they vote for it… But, you know, they have got a lot of problems going on right now in Colorado. Some big problems.

Trump’s ambiguity on the issue is reflected in the opinions of the party that he has been nominated to lead.

Ultimately, the party decided not to endorse medical cannabis. A party continuing a path of opposition to cannabis liberalization could drag “President Trump” to the Right on the issue and thus jeopardize the progress made over the past several years.

As the country’s chief law enforcement officer, the attorney general position has an outsized influence on the ways in which the federal government approaches cannabis laws. And it is Trump’s most likely pick for the position — New Jersey Gov. Chris Christie (R) — that should set off the loudest alarm bells among cannabis advocates.

Of all of the Republican candidates for the presidency this cycle, it was Christie who adopted the most stringently anti-cannabis policies: the Garden State governor would favor targeting states that have passed cannabis legalization measures in an effort to enforce federal regulations regarding cannabis.

Christie is also an advocate of the controversial “gateway drug” theory, using it to bolster his argument for enforcement of federal law. As he told radio show host Hugh Hewitt last year,

Marijuana is a gateway drug. We have an enormous addiction problem in this country. And we need to send very clear leadership from the White House on down through the federal law enforcement. Marijuana is an illegal drug under federal law. And the states should not be permitted to sell it and profit from it.

In a Donald Trump administration, an Attorney General Chris Christie could force a shutdown of all recreational cannabis operations made legal under state law, as well as forbid any other states from taking further action.

Do you think Donald Trump would have a positive or negative effect on cannabis in the United States? Tell us your thoughts on social media or in the comments below.

Enjoy the latest and greatest from Herb, enter your email below to get exciting cannabis updates delivered to your inbox.
July 25, 2016 — Last Updated December 05, 2019
Written by Stephen Calabria