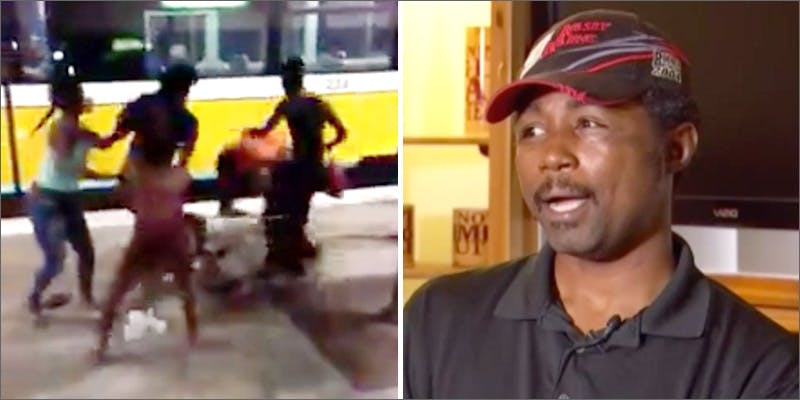 Last week, Kennan Jones from Dallas was beaten, after asking a man to stop smoking weed on the train he was traveling on.

Last Sunday, a 44-year-old man riding on a Dallas Area Rapid Transit train was beaten by a group of passengers after he asked them to stop smoking weed on the train. The video of the attack on Kennan Jones went viral, which led to the arrests of the attackers.

Thank you for not smoking

In the video, which was originally posted on Facebook by another passenger who witnessed the attack, a group of what looks to be up to seven people are shown kicking, punching and slapping the man.

The victim, Kennan Jones, said he spoke up after the group started smoking up on the train, telling NBC5,

After he spoke up, a young woman spat in his face, which led to an attack that eventually spilled out onto the platform. At one point during the attack, Jones got up off the ground and started walking away, but he was attacked, again, until he was left motionless.

The group then got back onto a train and continued their journey. Last Friday, two suspects were arrested in relation to the attack. The two men, who are brothers, are in custody for the attack.

I can’t regret anything that I did. I think constantly before I make my moves. It was my brother, my first instinct was to protect him. I don’t feel bad for protecting my brother. – Remon Hendrix.

A third suspect, a female juvenile. No further information is available on her at this time. She has been taken to Dallas County’s Henry Wade Juvenile Detention Center.