Now Reading:legalization | Did This Man Illegally Heal His Cancer With Cannabis? 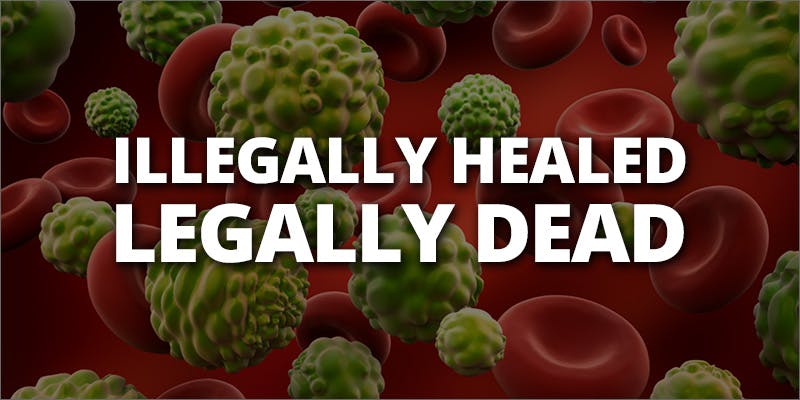 Did This Man Illegally Heal His Cancer With Cannabis?

What would you do if you were told you had cancer, and the chances of survival were only 2%? Would you risk going to jail to cure your disease and save your life? One man felt that the hope of survival was worth breaking the law. Would you rather be illegally healed or legally dead? Watch the video below for the story.

At 56, Robertson was diagnosed with a rare bile duct cancer last year. First told that he had Stage 4 carcinoma, the cancer then spread to his lungs and liver. At this point he was told he had less than a year to live. For the past 5 months, he has chosen to use cannabis in conjunction with his chemotherapy.

Randal Robertson used cannabis oil made in his kitchen in combination with vaporizing cannabis to get the medicine directly into his lungs. He stopped using the morphine and other dangerous narcotics that left him drooling on the couch, unable to function.

“I cannot figure out why on one hand our government would say look at all the uses cannabis has and on another hand say it is a Schedule I drug with no medical value,” Molly Robertson said. “That is wrong. It needs to be changed.”

The results are in

Robertson brought his story to the media 3 months ago, initially keeping his identity a secret. After receiving the results of his latest tests, he and his family have decided to come forward and share his story with the world.

Recently he went back for a new scan, and the doctor allowed the family to record the results.

In the video, the doctor tells the family: “the CAT scan looks great. There are no nodules in the lungs. Now, there are just a couple subcentimeter lesions on the liver. The rest of the liver looks great.”

Do you agree there is an inherent problem in our government contradicting itself and allowing the paradox to remain, while millions of Americans suffer the consequences? Share your thoughts with us on social media  or in the comments section below.