Not a good look. 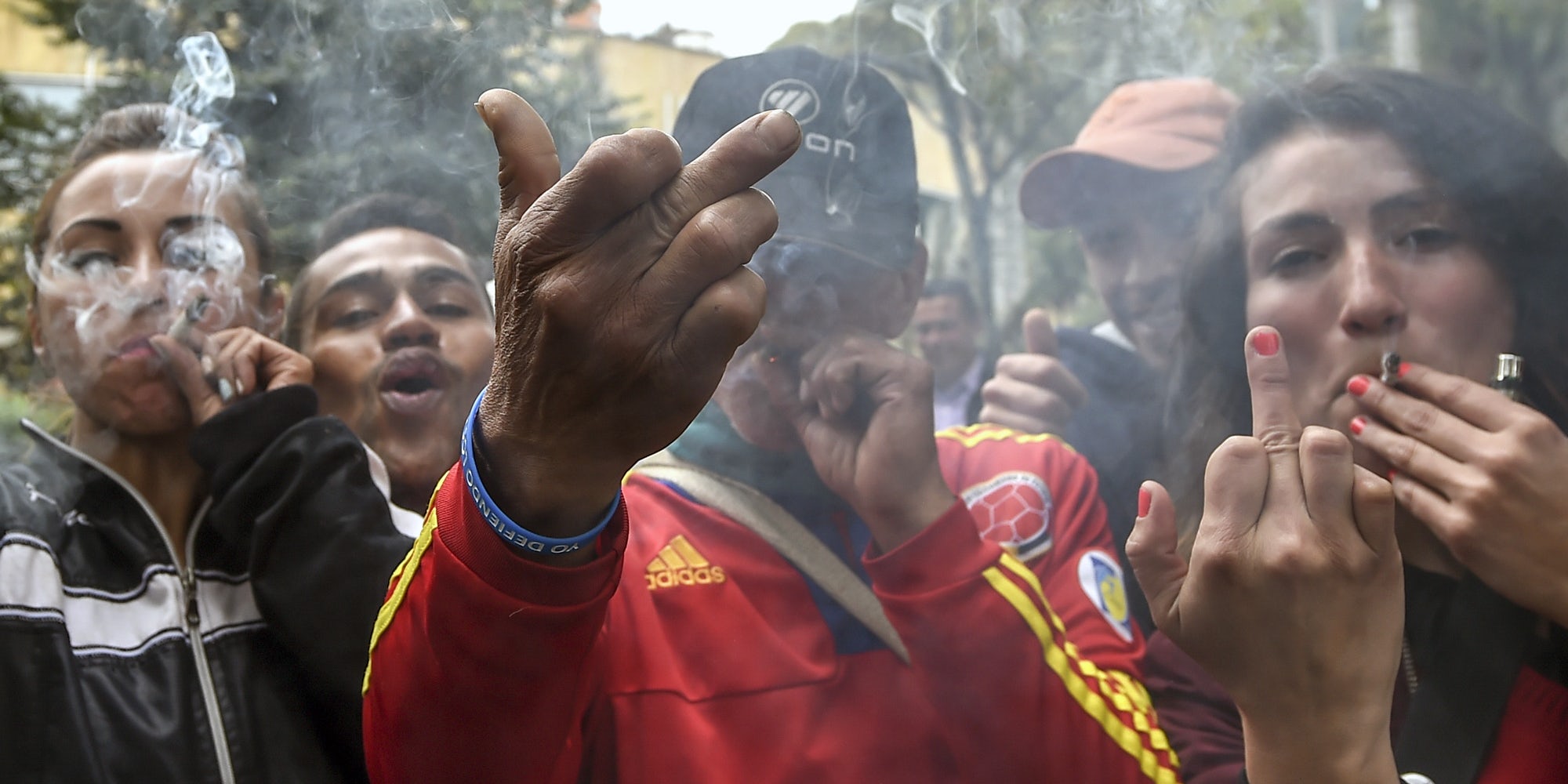 COLOMBIA-MARIJUANA-PROTEST
Activist smoke joints during a prostest under the motto ‘No vamos a pagar, lo vamos a pegar’ (something like ‘We are not going to pay for it, we are going to get the kick out of it’) against the imposing of fines for smoking marijuana by police according to their new code, in Bogota, on August 1, 2017 / AFP PHOTO / Raul Arboleda (Photo credit should read RAUL ARBOLEDA/AFP/Getty Images)

Could a Twitter gag legally be considered entrapment? Legal weed is blazing across North America. That means the stigma and persecution of a harmless drug are diminishing every day. Which is good. The bad news is it makes 4/20 the Valentine’s Day of being high, and every Jimmy John’s and Burger King are going to be dropping annual pot jokes like a total dad. This kind of dilly-dallying is much less amusing when it’s made by the cops who arrest people for marijuana and continue to do so. Which was the case in North Dakota.

“Since today is 4/20, we are giving away prizes to the person that has the most marijuana,” posted the Fargo Police Department on Facebook. “If you think you have more marijuana than anyone else, and you want to enter this contest, come by and show us at 222 4 St. N.”

While clearly meant to be a rib, it’s a lot less funny when you consider that possession of even less than an ounce in the state can land you in jail. North Dakota legalized medical marijuana in 2016, but it still has some of the strictest weed policy in the U.S. North Dakota law dictates that even if you are using cannabis for medical purposes, you cannot grow your own and a doctor has to include the consumption method in the prescription.

It’s doubtful that anyone would have followed the social media post’s instructions hoping for prizes. But still, it probably doesn’t read well to any North Dakota locals who have had to pay a fine or sit in a cell for their cannabis use. Even police in Kansas, where weed laws are more stringent than in North Dakota, set a better tone, just requesting that stoners stay off the highway. “Stock up on Cheetos and Mt. Dew BEFORE you spark,” tweeted the Lawrence Police Department.

If it makes you feel any better, the North Dakota Fargo PD’s Twitter account had to spend the next three days explaining that it was a joke to everyone who asked about a prize. The ultimate online purgatory. When it comes to making weird Twitter posts about weed and cops, leave it to the professionals.

Get 20% off premium weed and discover the latest products, news, and deals in cannabis.
May 02, 2018 — Last Updated
Written by Zack Kotzer