This is What 3,000 Pounds of Weed Disguised as Watermelons Looks Like

Border Patrol agents in Pharr, Texas seized 3,000 pounds of cannabis packaged to look like fresh watermelon, valued at over $600,000. 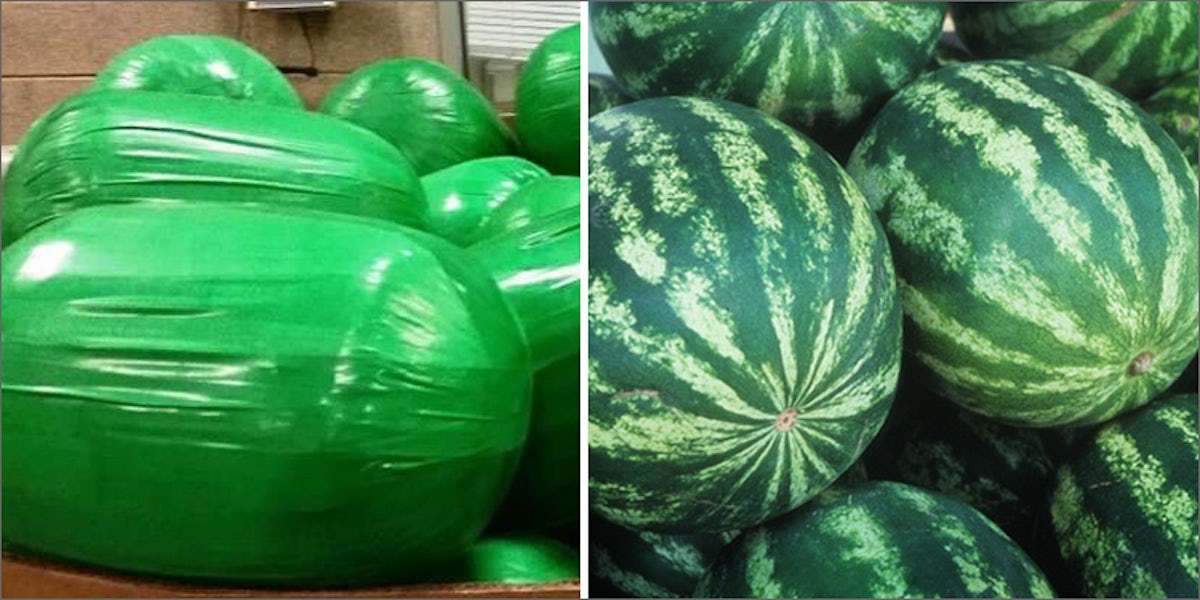 When it comes to hiding weed, cannabis enthusiasts can be quite clever. However, it’s not often that you find weed disguised as watermelons. Border Patrol agents in Pharr, Texas seized 3,000 pounds worth of cannabis packaged to look like fresh watermelons. To put another way, that’s a total value of over $600,000. Be sure to check out the video below to see if the smugglers were as creative as they thought.

3,000 pounds of weed disguised as watermelons

According to authorities, the seizure took place on January 17 at the Pharr International Bridge cargo facility. Imaging technology and canine teams were able to identify the fake watermelon as cannabis.

The cannabis, in particular, was distributed within roughly 400 single packages, which were inside a larger shipment of real fresh watermelon.  In other words, that’s a total value of over $600,000.

Smugglers continue to be creative as they attempt to introduce illegal narcotics into our country. Our frontline CBP officers’ experience, vigilance and attention to detail prevents the introduction of these dangerous drugs into our country.

Disguising cannabis as watermelon may not be the smartest move. However, labeling a plant as dangerous is a bit dramatic. Still, the case remains under investigation by the Department of Homeland Security.

Enjoy the latest and greatest from Herb, enter your email below to get exciting cannabis updates delivered to your inbox.
January 23, 2017 — Last Updated
Written by Brittney Sanger