Almost a year ago a special agent named Matt Fairbanks made national headlines with comments about rabbits eating more than just carrots. DEA Fairbanks actually said he’d seen stoned rabbits and he’s quoted in an article from the Washington Post as saying, “I deal in facts. I deal in science.” Yeah right, dude! 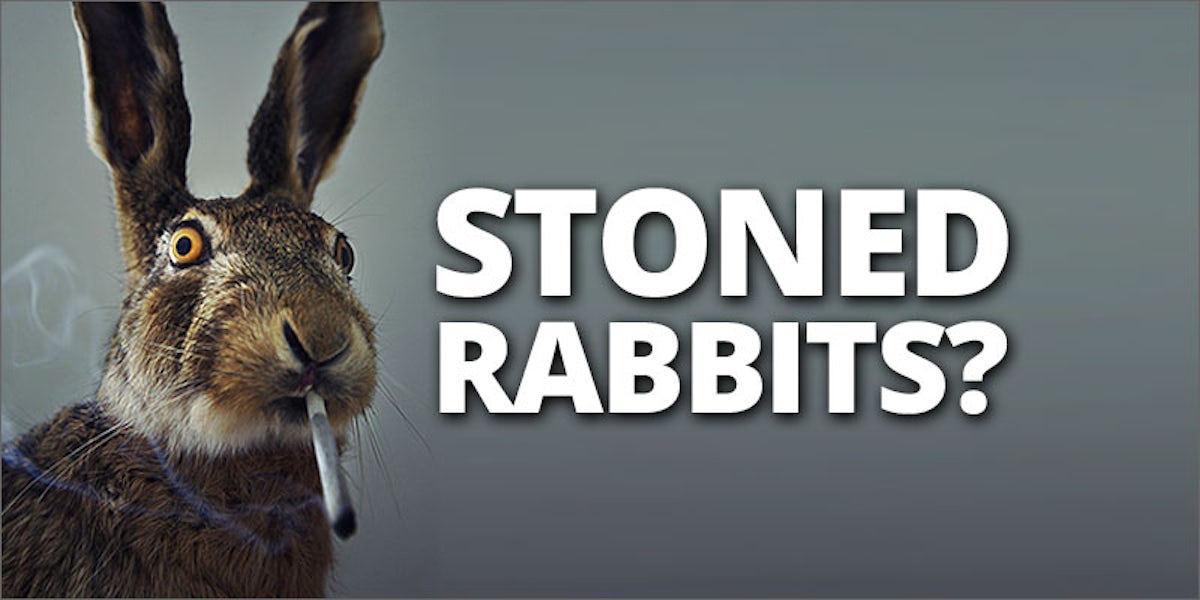 Almost a year ago a special agent named Matt Fairbanks made national headlines with comments about rabbits eating more than just carrots. DEA Fairbanks actually said he’d seen stoned rabbits and he’s quoted in an article from the Washington Post as saying, “I deal in facts. I deal in science.” Yeah right, dude!

The job of a DEA agent

The fact is all DEA Fairbanks and his team were good at was finding and destroying illegally grown pot plants in the Utah mountains years ago. He described how in one particular marijuana patch he raided a rabbit didn’t hop away like they normally do. They removed all the marijuana plants around this little rabbit and instead the animal just sat there stoned minding his own business!

His argument was when rabbits eat marijuana it does something to their fight or flight response, which is how animals survive in nature in the first place. Fairbanks also mentioned the effects of “large-scale marijuana production” can be detrimental to the Utah landscape and he’s quoted as saying, “Personally, I have seen entire mountainsides subjected to pesticides, harmful chemicals, deforestation and erosion … The ramifications to the flora, the animal life, the contaminated water, are still unknown.”

What is up with this guy anyway? Everybody knows rabbit behavior! Sometimes a rabbit will actually “freeze” when its scared and it has nothing to do with being stoned. Most of Fairbank’s argument just doesn’t hold up since medical marijuana, when legalized, is grown on farms and in patient’s homes and not on a Utah mountainside.

In the end we’re all wondering if this DEA agent really thinks a wild rabbit’s welfare is more important than a cancer patient getting access to medical marijuana.

Well, the joke is on the DEA now because in November 2015 members of the House of Representatives filed a bill asking congress to eradicate the $18 million dollar funding of the Cannabis Eradication Team, which Fairbanks was a part of, calling it a waste of money. California House Rep. Ted Lieu said this about the bill, “The federal government should focus its precious resources on other issues and let the states innovate in the cannabis field.”

The medical marijuana debate will most likely continue well into the foreseeable future, but hopefully from shining a spotlight on instances like this special agents from the Drug Enforcement Agency will start to keep their noses out of it.

What do you think about Agent Fairbanks’ statement?  Feel free to tell us all about it on social media or in the comments section below.

Enjoy the latest and greatest from Herb, enter your email below to get exciting cannabis updates delivered to your inbox.
February 21, 2016 — Last Updated
Written by Evan Hundhausen